Creating experiences is what Disney World excels at, and like most other things Disney, those experiences can also be very costly. No matter what interests you or the kids, there is something special that Disney has worked up in order to enhance and really make your Disney vacation exceptional. While experiences at Walt Disney World are extra, there are some that are fun and affordable, giving you that extra special Disney magic.

Whether you just book an experience at Disney, or add an experience to a day you will already be at one of the parks, these 5 are affordable for every budget. 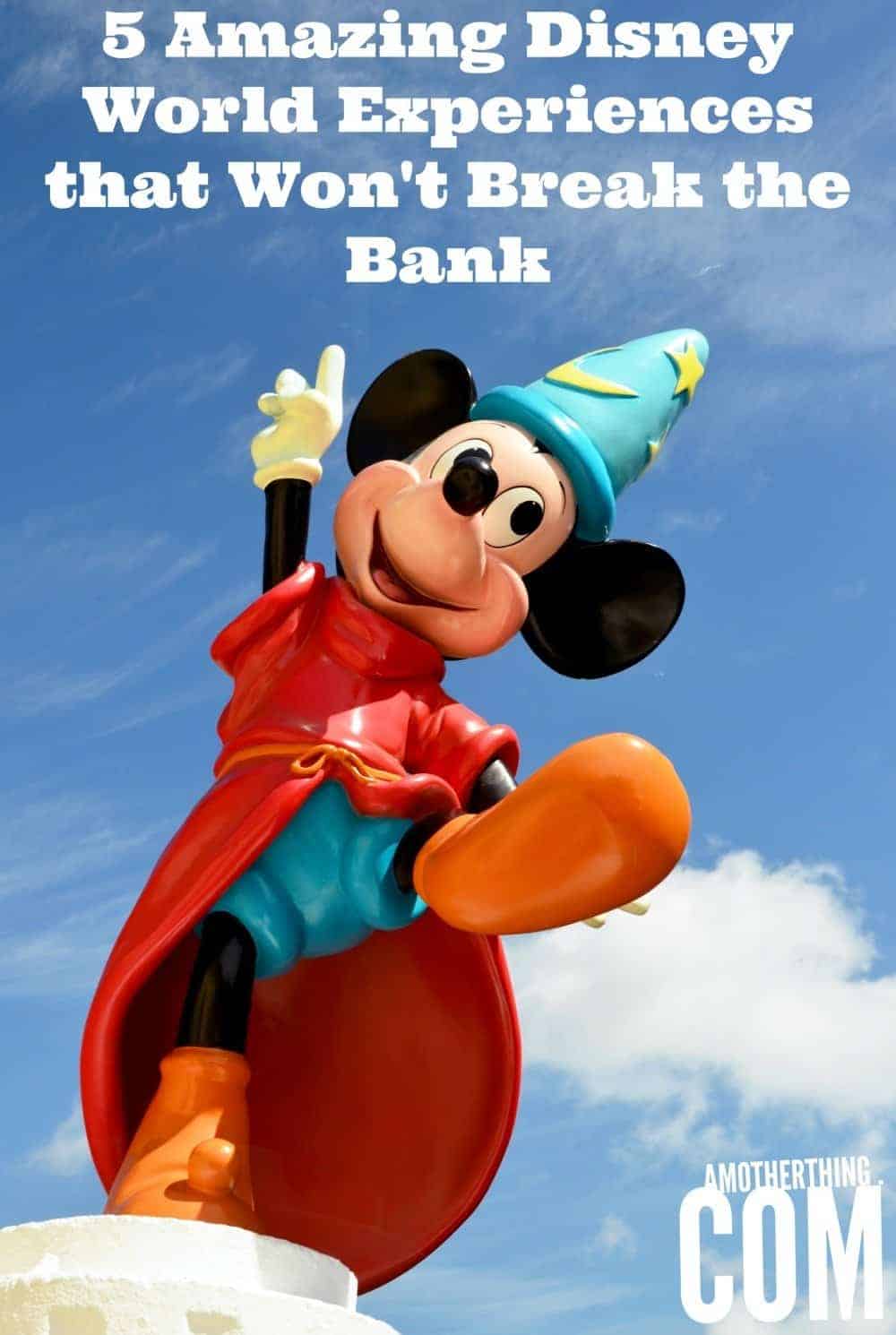 Children that love playing pirates will jump at the chance to join the Pirate’s League, and at such an affordable price it’s hard to say no. Kids get the chance to dress up, learn about the life of a pirate and then go on an adventure. Starting at only $40 for the experience, kids even get the chance to star in a parade through Adventureland.

This is by far my very favorite thing at all of Disney World. My best friend, Amy, brought me on this tour for my birthday a few years ago. The Keys to the Kingdom tour is just that! You take a 5 hour walking tour through the park, learning all of the history and secrets that it holds. It comes with a few VIP rides, and you even get to see the secret underground/backstage areas of the park. It is an amazing insight into the mind of Walt Disney and a great way to understand just how incredible this park really is!

This experience can be done without having to purchase a ticket to any of the parks, and at just under $20 its one of the most affordable experiences you can have at Disney World. Take flight in a hot air balloon as you soar over Disney Springs and get a bird’s eye view of the rest of the parks. Book a flight in the evenings when the parks are all lit up and you are able to see the firework shows that happen every night.

Fans of the film Frozen are going to love one of the newer events to take place at the Disney World parks: Frozen Summer Fun.  Taking place in Hollywood Studios, you will need to purchase an additional ticket, but you get access to the entire park in addition to all the Frozen events. This amazing event puts every guest into the world of the film and includes a special firework show at the end of the day.

New Year’s Eve at the parks is special and memorable for thousands of people every year, so much so that Magic kingdom and the other parks hit capacity. Attending the special festivities does not cost any more than regular admission to the parks, and you get to see and experience so much more than you would on a regular trip. Be prepared for the crowds though as everyone is out and ready to celebrate.

While every moment at Walt Disney World is amazing for every member of the family, these experiences can take a vacation over the top in awesomeness. Consider them the next time you make your plans. You won’t regret them!

Four Things To Look For When Buying Hiking Boots