Stuck at home with four young children while my husband is enjoying the sunshine of California, I can’t help but find myself daydreaming about the sanctity of the American coffee house. I have so many fond memories of camping out in a local cafe, with a huge steaming cup (bowl?) of artisan coffee, feet up on a coffee table and reading my latest book obsession. Of course that was before kids ruined my vibe and made long mornings of leisure a thing of the past. But even after the children came into the picture, there were days when I would grab my laptop, leave the babies with their dad and head out to our local Starbucks to get some writing done. It wasn’t quite the same experience, but it was savored with no less enthusiasm.

Nowadays, I am lucky if I get twenty minutes alone every few days to shower. In fact, with a newborn stuck solidly on my chest night and day, I have been spending a lot of my time camped out on the couch binge-watching Netflix. As I imbibe episode after episode of old and new favorites, I am reminded that the coffee shop is still a cool part of modern life. In fact, several of my favorite shows feature coffee houses that I’d totally visit in real life. 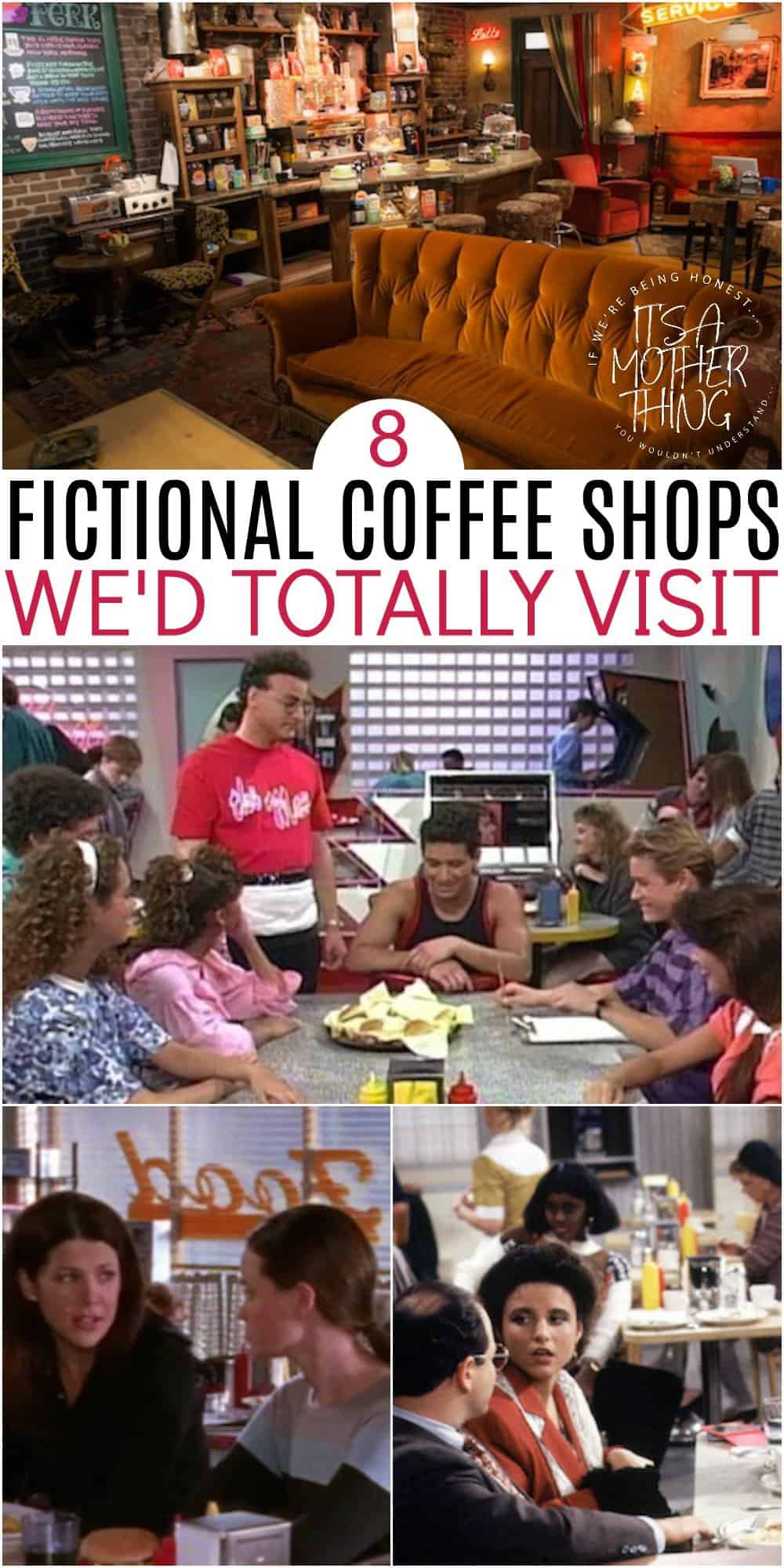 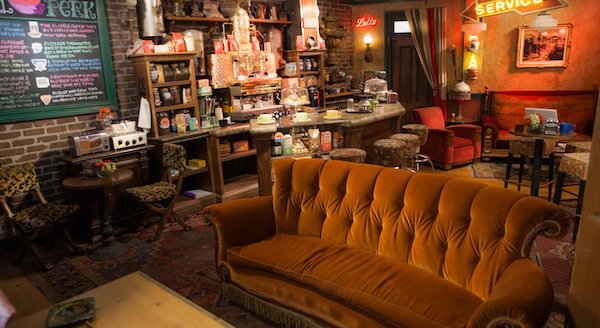 Let’s just be honest… every 90s-era teenager aspired to get a rent-controlled Greenwich Village apartment in New York City and find their tribe of kooky accomplices to have coffee with. And Central Perk, with its quirky bohemian vibe and punny name was our personal fantasy setting. Who among us didn’t imagine getting a waitressing job with Gunther looking over our shoulder as we anticipated our big break into a new career, relationship, or life? 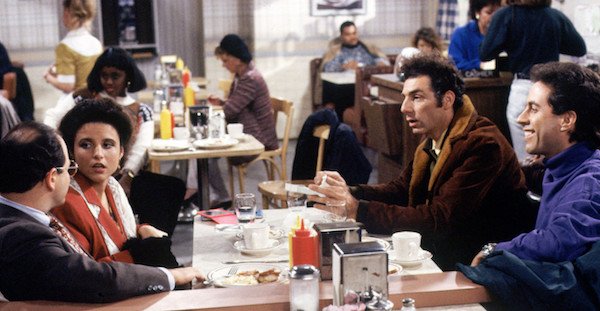 Another New York-based hangout was Monk’s Cafe. Always packed with people, it lacked the boho charm of Central Perk, but it had its own kind of intrigue. Like why on earth did the outside proclaim itself as Tom’s Restaurant? Still, it seems like Jerry and the gang always had the best conversations at Monk’s, and isn’t that the sign of a great coffee shop?

The Max | Saved by the Bell 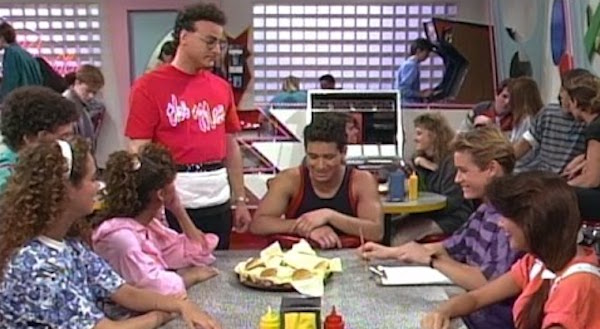 Okay, it wasn’t strictly a coffee house, but that’s only because coffee houses weren’t a “thing” when this show was popular. If it was set even a couple years in the future, you just know that Max would have been a snarky barista instead of a harried waiter. And instead of cheeseburgers and milkshakes (which seemed a bit retro even then), Zack and co would have been downing lattes and half-caff cappuccinos. 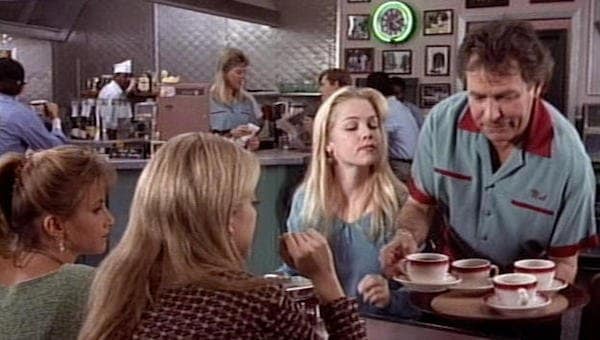 If you weren’t watching 90210 in the early 90s, you must have been living under a rock. I was eight when it came out, and even I knew that it was what the cool kids watched. I spent many days fighting with friends over who was a Brenda and who was a Kelly, and it was a constant debate over whether we’d rather date Brandon or Dylan. For the record, I wanted Dylan but somehow always ended up with Steve “Sharknado” Sanders. Summer afternoons were full of imaginary scenes played with Barbie dolls acting out totally uncool girl-fights which took place at… you guessed it! The Peach Pit. Imaginary coffee was thrown in imaginary faces, and boy was I not prepared for what real teenage life was going to be like. 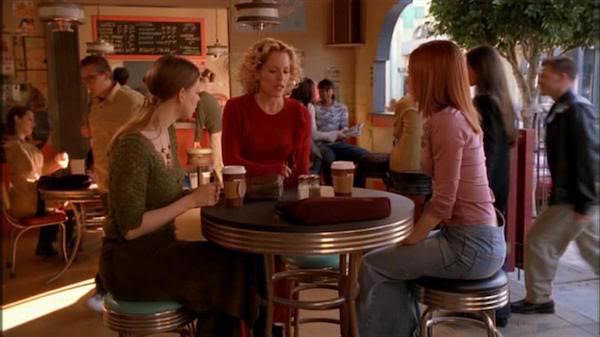 Buffy was one of those quintessential girl power shows of the late 90s and early 2000s that was so fantastical that it was hard to relate to it in real ways. I mean, while teenage girls everywhere totally understood Buffy falling in love with a broody older dude with a hot body, none of us could truly relate to finding out the love of our lives was a vampire who could turn evil any time we decided to jump in bed. But hanging out in a coffee bar for some much-needed girl talk? That was 100% relatable. 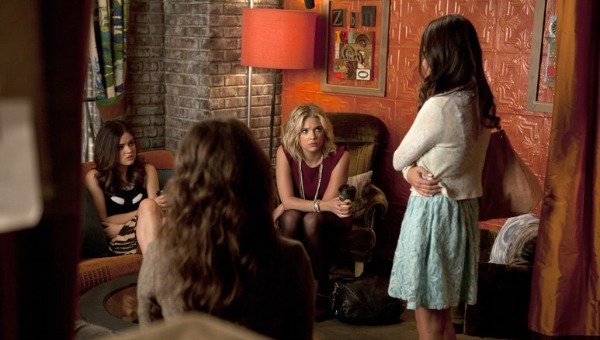 On the subject of girl talk over coffee, how about the stupidly named Rear Window Brew from Pretty Little Liars? I see that they were going for an Alfred Hitchcock pun with that name, but surely Rear Brew Window would have been a much joke? Whatever. One of many things we could debate if “The Brew” were only a real place we could get our java fix. 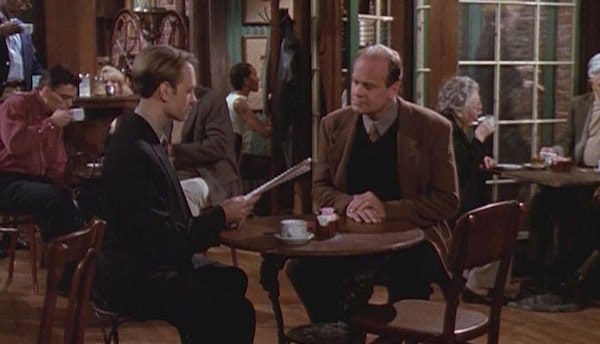 Even though it’s a little upscale and seems to only ever feature uptight older folks, Cafe Nervosa is the quintessential “classic” coffee house. I mean, it’s in Seattle, home of Starbucks, and they seem to know every brew, no matter how crazy or pretentious it could be. Niles and Frasier, despite their uptight personalities and over the top dramatics seem like they’d be fun to have as part of a Saturday afternoon book club. And the cafe itself seems like a nice enough joint to relax in or top up your caffeine addiction. 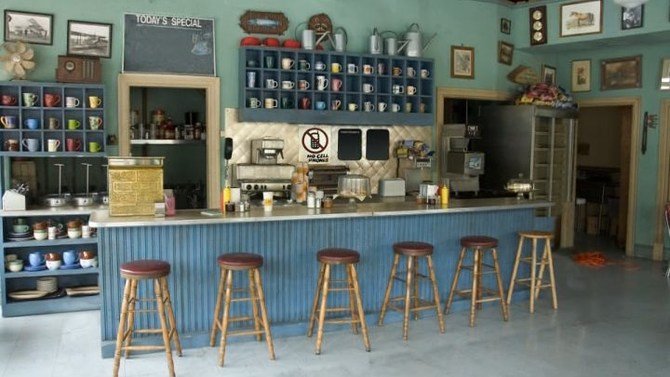 Okay, you just knew this would be the last one on the list, didn’t you? No discussion of fictional coffee houses could go without mentioning the one that got moms and daughters all over the world interested in their relationships again. Rory and Lorelai are basically our personal role models, and if we want to learn to speak half as fast, we’re going to need all the coffee we can get. It’s true that Luke’s isn’t just a coffee shop, though. It’s a full service restaurant that just happens to be known for the best coffee in town – an amazing feat when you realize that Luke, himself, doesn’t even drink the stuff. Perhaps the secret ingredient is sawdust, considering Luke’s was converted to a diner from a hardware store. More likely is that coffee just tastes better when made and served by a grizzled middle-aged man in flannel and a ball cap. Especially when you have the rapport Lorelai and Luke built up over twenty years of hardcore flirtation.

Any of these establishments could certainly have my business if they were real. But I think I’d get the most satisfaction in taking my four kids (including my breastfeeding infant) to Luke’s, as I know how much it would annoy the owner.

Which would you choose?