8 Things I Feel Most Guilty About On Monday Mornings #UniteMonday

Another Monday morning has rolled around. I’ve just got my kids off to daycare, and I am sitting in my sweatpants with no bra on as I lay on the couch, trying to psych myself up for the week to come. It’s going to be a busy one. My to-do list is a mile long, and I am not even close to recovered from the weekend. Not to mention that last week was incredibly stressful. As was the week before that. And the one before that. In fact, I think every week is full of stress. I guess that’s why Mondays have become my recovery/start-as-you-mean-to-go-on days.

Before I had kids, Mondays were significant only as Day 1 of whatever new diet plan I might have started that week. Or as the day I got to hear all the gossip about my co-workers weekends. But post-children, Mondays have a newer significance. It is the day I beat myself up for all the lazy parenting I’ve done over the last two days.

Here are the Top 8 Things I feel Most Guilty About on Monday Mornings.

It begins on Friday night. After a rough work week, I inevitably don’t feel like cooking. It’s the weekend… I just want to go home and relax. And even though we’ve vowed to stop eating out so much and start saving more money, I manage to talk my husband into stopping by Carl’s Jr on the way home. I don’t even enjoy Carl’s Jr, so why do I pick that one? Because I know my husband REALLY likes it, and it has star-shaped chicken nuggets that the kids love. Everyone is happy, and I don’t have to cook.

Once I’m home on Friday, I literally install myself on the couch and don’t move for anything. I have no energy. I don’t want to think. I just want to relax. All those nights during the week when I’ve spent two hours carefully following a bedtime routine to ensure my kids get to bed on time seem like too much work. When ten o’clock rolls around, and I’ve got three kids yawning in my lap as we watch Doctor Who together, I might turn to my husband and say, “Hey! Why’d you let them stay up so late?”

Because the couch becomes my home at the weekend, I end up watching a lot of TV. We don’t have cable, so we use streaming services to get our fix. The kids are pros at changing between the XBox One, Amazon Fire TV and our small (but variable) DVD/Blu-Ray collection. Though I am very careful about what I allow them to watch usually, when it comes to the weekend, I find excuses around letting them watch more grown-up programs. You may find my four year old with one eyebrow raised as he stares at the screen where Arnold Schwarzenegger suddenly terminates twenty cops with a machine gun.

A really embarrassing confession: my kids are on their FOURTH tablet because they’ve broken the previous three by throwing it across the room on more than one occasion. Each time, we vow never to buy them a new one. And inevitably we get tired of hearing them bickering, so we give in and buy a new one, demanding that THIS time they play nice with it. “If you break it, we’re not getting you a new one! Be careful!” They use it to play video games. And though I am against them playing video games, I allow it because it keeps the peace.

Mondays bring with them an urgent need to run the dishwasher. Despite our multiple fast food runs over the weekend, we somehow still end up with tons of dirty dishes that no one has the energy to clean. In fact, our whole house is a wreck come Monday morning. Until recently we had a maid service come on Tuesdays to give the house a good scrub because we just couldn’t handle it. But they never did the dishes or the laundry – our two biggest challenges – so we couldn’t figure out the point. Now I stare at the mountain of plates in my sink and think, “Maybe we should eat out at every meal…”

Being the weekend, we often make plans. Not just for the kids, but sometimes for my husband and I. We think about having a date night. Leave the kids with grandma or call our sitter and just go to dinner and spend some time together. It doesn’t happen as often as I like, but we try. Or sometimes we will make tentative plans with our friends and their kids, promising to meet up and go to a park or to the children’s museum. “It’ll be great!” we think. But then Saturday rolls around, and we just want to sleep in, grab some Starbucks and laze on the couch. The park is crowded and noisy. It’s too hot out. The children’s museum is over by the mall, and it’s too hard to get the kids in the car. So we sit at home, thinking we’ll just play with the kids here and then take them to the back yard at some point.

I can’t sing. I took after my father in that way. I LOVE to sing, but I can’t carry a tune. But a big part of being a mom for me has been singing to my kids. From before my first was even born, I was singing to him. When he was a baby, I had a whole repertoire of songs I would perform over and over again for him. It was the same for my second son. And when my third was first born, I sang to him, too. But lately I don’t do it as much. I don’t know what changed. It just doesn’t happen anymore. Sometimes, though, as I’m putting the kids to bed, one or the other of them will ask me to sing a special song. But they don’t want the songs I sang to them for years. They don’t want the lullabies. They want Katy Perry and P!nk and pop songs that I just don’t know the words to. So I demur and tell them they can listen to them tomorrow. I leave them without a song, and I die a little inside.

All during the week, the kids ask for favors. Can we do this? Can we do that? It’s easy to put them off until the weekend. I promise we’ll do it on Saturday. “That’s something we can do Sunday morning!” All week they ask. As I pick them up from school each day, my oldest will say, “Mommy, is it Friday yet?” I tell him no. Not yet. And I tense up a little, hoping that by the time the weekend arrives, he’ll have forgotten what I promised. Because despite the proximity of the mountains, I don’t want to go on a hike. Even though we live a couple of blocks from the splash pad, I don’t feel like walking to the park. So I put them off and distract them with TV and video games. And when Monday rolls around, the guilt eats at me.

Mondays are hard. They are, for me, a day of reflection, and when I look at myself in the mirror, I feel more than a little ashamed. I know that I’m a good mom. My kids are some of the happiest kids in the world – you only have to look at them or talk to them to see that. They are indulged in their childish whims more often than not. We have shown them amazing things in this world, traveling near and far and doing things that other kids only dream about.

We give them love and support and cuddles on demand. We take them on adventures. We let them BE kids and enjoy their childhood. We kiss their booboos and we indulge their imagination. But sometimes… most often on a Monday morning… I can’t help but let the guilt about all the things we DON’T do get to me. Am I alone in this?

What do you feel guilty about on a Monday morning? Share your story with the #UniteMonday hashtag. I’d love to see! 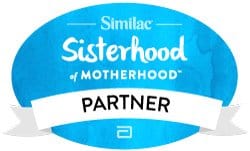 Previous
How to Become a Top Etsy Seller

I totally feel you. But I have learned to give myself Grace and just relax and be loosey goosey on the weekends. There is plenty of time for schedules and tasks during the week.

I used to feel the guilt - but as I get older - I am happy to say there is less and less guilt.

The fact that you worry about these things makes you great! It's important to take time for yourself once in awhile too!!!

So much truth here! Every Sunday I vow I will have the house cleaned and meals prepped for the week - all laundry folded and put away, nothing looming to start my Monday off-kilter. How many times has that happened?? Let's just say I'm still hopeful.

You shouldn't feel guilty about anything...this is life! Live it up :)

MobileGnomes.com – A family travel blog focusing on USA travel in an RV.
5shares