This past weekend was brutal. A general lack of sleep all around the house meant we were all a little out of sorts, though I think being pregnant means I win. And this was made very apparent on Saturday when I totally lost it and spent most of the day stark raving mad. You think I joke, but seriously, I am pretty sure Mark thought about having me committed for a bit.

Sunday started out much better. Mark decided to give me some time to myself to do with whatever I liked. I think he imagined I would work on my NaNoWriMo idea, which was what I had planned for, but I wound up getting nothing done. After getting sidetracked rearranging our pantry and writing up some recipes for my new cookery site, I suddenly felt a little weird. A spat of dizziness overtook me, and my arms suddenly felt really heavy and tight. I looked down and discovered that my forearms, hands and fingers were twice their normal size and very pale.

I had barely any time to reflect on this before I lost consciousness. When I came to, I immediately began throwing up. Between bouts of vomiting and eventually dry heaving, I fainted at least three more times.

Now, on a regular day, I am apt to pass out due to my lovely condition of Vasovagal Syncope. But this is always due to moving too fast from one position to another – for instance, when I go from laying down to standing up too quickly. So to have it happen when I was just sitting there doing nothing was quite disturbing.

I tried to call Mark, who was with Dexter at Disney’s Hollywood Studios. But he didn’t answer. I left a message asking him to please come home, as something was wrong.  I could barely even get the words out, so cloudy was my thinking.

I could feel my heart beating excessively, I was sweating profusely, and the room was spinning around with dark spots clouding my vision.

I finally called my mother, a nurse, and asked her what I could do to get the swelling in my arms to go down. She urged me to call an ambulance, immediately, but before I could, I passed out while on the telephone. I came to to find her calling my name over and over. It took me a moment to figure out what was going on, and I hung up after promising to call an ambulance.

I hesitated for a second once I hung up, mostly because the thought of how much an ambulance and hospital visit would cost weighed heavily on my mind. I was terrified. I knew that something needed to be done, and luckily at that moment, Mark called. I told him what was happening and said I probably needed to go to the hospital, so he packed the baby up and came home as quickly as he could.

By the time we made it to the ER, at least 2 hours had passed. By that point, the swelling had gone down, but my heart was still beating pretty hard, and the dizziness and nausea were at full peak, accompanied by a pounding headache. I was given a wheelchair and left in the waiting room for ages.

I must mention that I HATE hospitals. 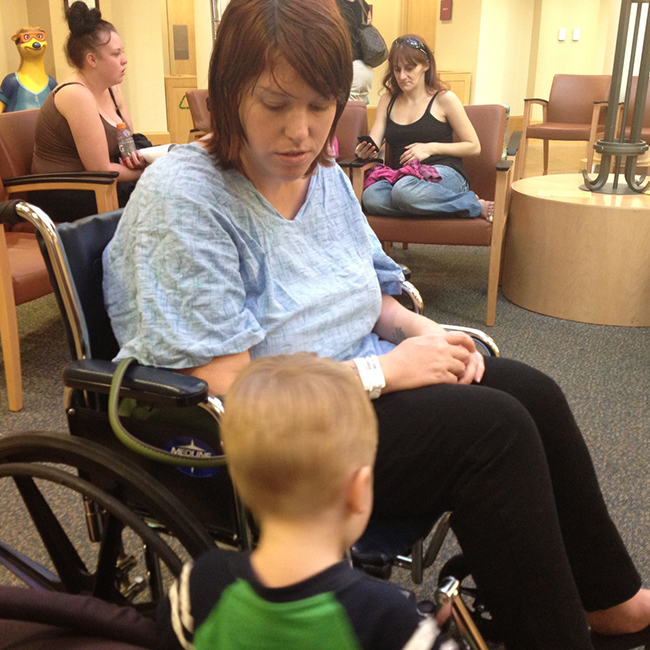 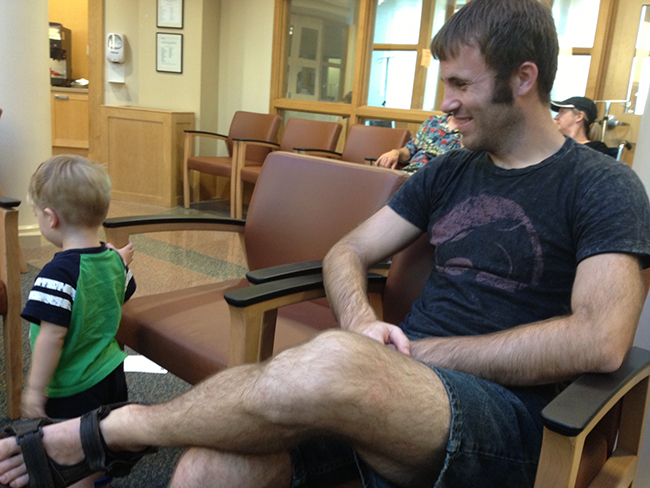 It took us so long before anyone even took me to the triage nurse. I was pretty horrified. When the triage nurse finally DID see me, they wondered aloud why on earth I hadn’t been taken immediately with my symptoms. An immediate EKG was ordered, and I was carted off to be put in a gown and hooked up to the machine.

I was then put back in the waiting room for another half hour.

Finally, we were taken back where a lovely nurse called Greg stuck me with a cannula, hooked me up to heart monitors and strapped on a blood pressure cuff. He performed orthostatic vitals, which basically means he took my blood pressure while I was laying down, sitting up and standing. I warned him about my vasovagal syncope, and this was immediately confirmed when my blood pressure went from 113/65 laying down to 85/55 standing. 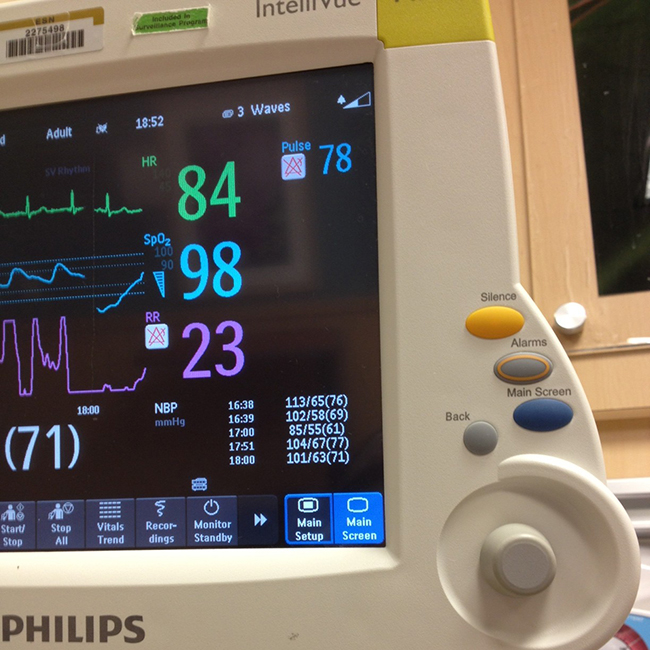 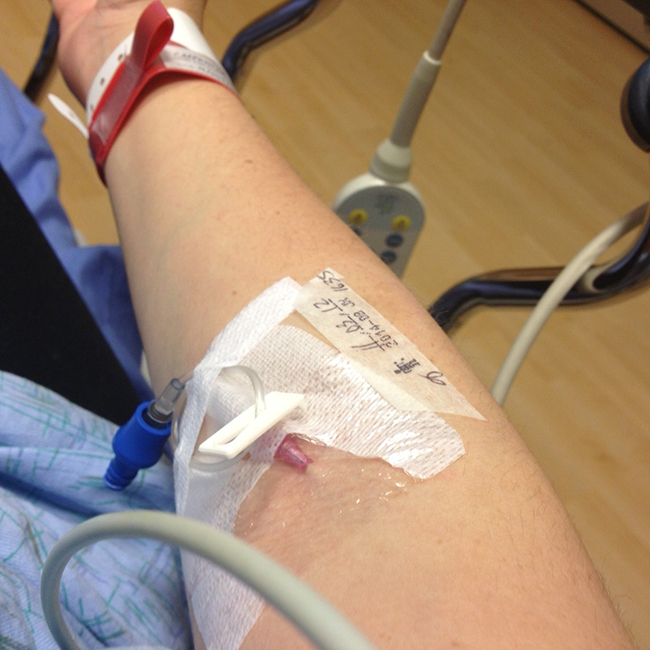 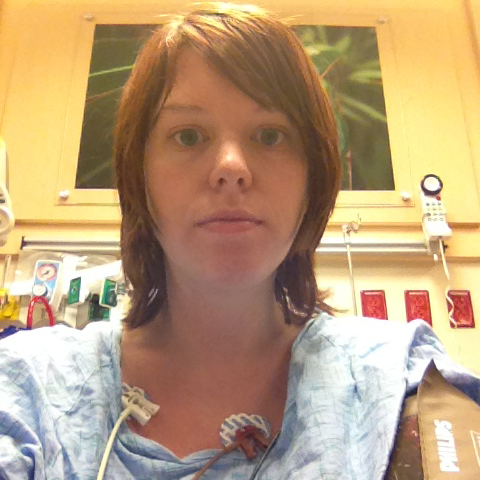 I am a miserable patient, and I really do hate being in the hospital. As the wait was so very long, I knew that the worst of the episode had passed, and I’d be lucky to get any answers as to what had happened. My fears that we’d missed the boat (so to speak) were made worse when the doctor came in and mentioned wanting a CT Scan and asked me when my last period was…

“Erm… I’m 23 weeks pregnant…” I said, feeling like this guy was a major idiot. Every person I’d seen so far knew that I was pregnant, and for the doctor not to have known this felt like being slapped in the face.

He looked shocked for a few seconds but quickly recovered and said he’d be back in a bit to talk to me.

I whiled away the time soothing Dexter, who looked awfully worried at times. 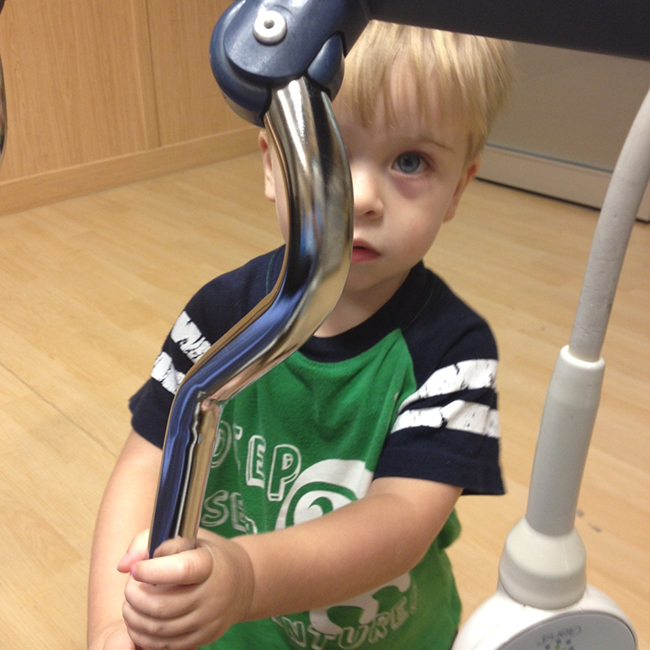 He stood next to my bed, looking deep into my eyes as if to make sure that the wires and straps weren’t hurting me. Occasionally he’d climb up on the bed and give me hugs and kisses.

The room also had a big screen TV, so we watched a bit of Fiddler on the Roof and various kiddie shows to keep ourselves entertained.

My heart felt a lot better knowing I had my two favorite guys looking out for me, even if the doctor wasn’t doing a very good job. 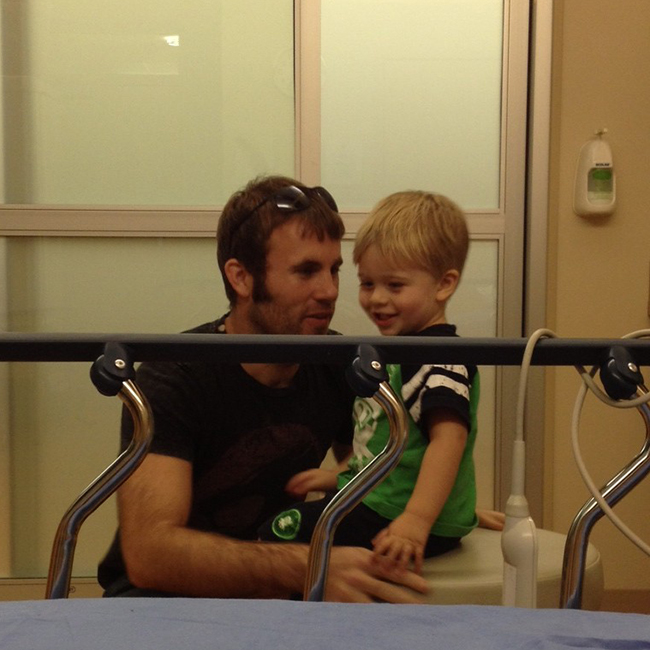 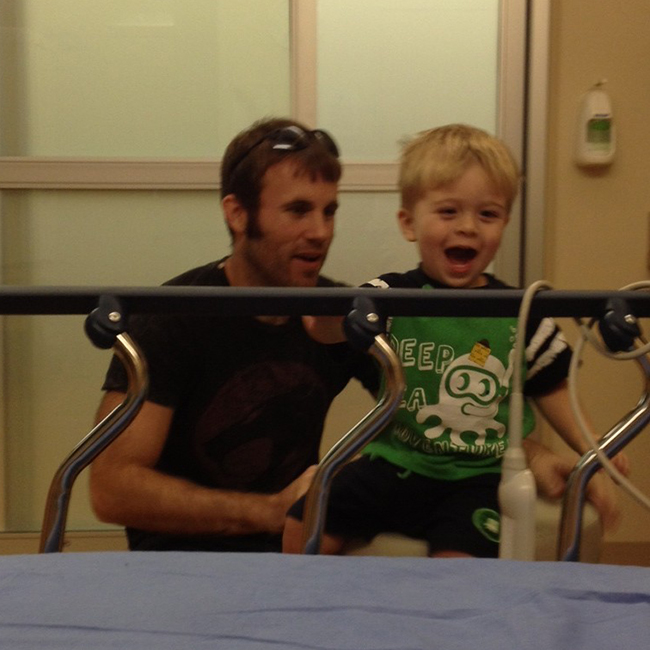 Eventually, the doctor came in and diagnosed me with Nausea (seriously??) and Vertigo. He suggested the problems were to do with my cochlea in my ear and told me to take it easy for a couple of days until it goes away. I was given a pill and a shot of something-er-other and sent away with two prescriptions for more of the same.

I haven’t bothered to fill them.

He failed to take into consideration my pregnancy, the swelling in my arms, nor the fact that while one of my blood pressure readings was 130/102.

So much is running through my head about what it could be, and my immediate fear is that this is the beginning of pre-eclampsia. I didn’t have it in my first pregnancy, but I was warned enough about the signs to know that what I experienced over the weekend could very well be indicative of the condition.

Only time will tell, I expect.

Our Fetal Echocardiogram | It's a Mother Thing

[…] Monday was D day. Since it came right after my scare on Sunday, I was a little more nervous than I normally might have been. As soon as I arrived, I was taken in […]

They took a urine sample right before we left, so they wouldn't have had time to actually check it. I definitely will get checked out again if it happens again. But hopefully it was a one time thing!! :)

They took a urine sample right before we left, so they wouldn't have had time to actually check it. I definitely will get checked out again if it happens again. But hopefully it was a one time thing!! :)

Oh my! Remind me to never go to that hospital! What???

That kind of visit definitely deserves a comment card. I mean, really?!?

I hope you get to the bottom of it and fix whatever it is/was.

Thanks so much hon. I definitely was not impressed with the treatment I got. x

Oh my! Remind me to never go to that hospital! What???

That kind of visit definitely deserves a comment card. I mean, really?!?

I hope you get to the bottom of it and fix whatever it is/was.

Thanks so much hon. I definitely was not impressed with the treatment I got. x