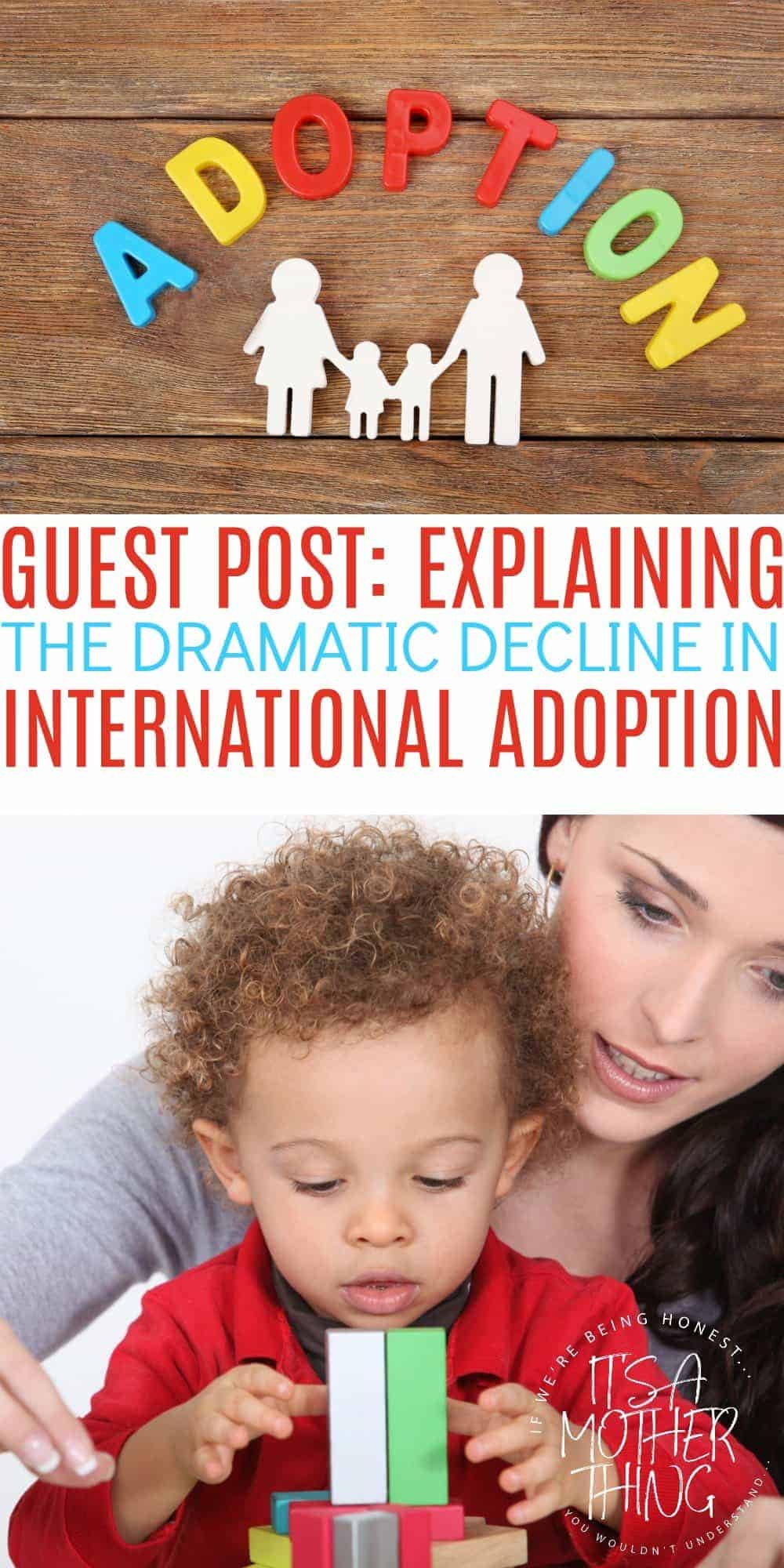 International adoptions have decreased at an extraordinary rate over the last decade. Since 2004, the number of children adopted by US families from other countries has been cut in half, as nations across the world revise their guidelines to restrict overseas adoption. In 2016, only 5,370 children from other countries were adopted by American families.

At one point, the Pew Research Center reports, around 71% of all international adoptees came to America from just five countries: China, Russia, Guatemala, South Korea and Ethiopia. All five of these countries have tightened their adoption rules, making it harder and harder for American families to adopt. And most of the recent changes come, not due to anger against the US, but because of politics internal to these countries.

In 2007, Guatemala’s adoption system became embroiled in scandal, after a United Nations commission found that the majority of the country’s adoptions had been finalized illegally. Bribes and fraudulent birth certificates were common; adoption became a corrupt, for-profit enterprise. So the nation cracked down, banning international adoptions and raiding adoption agencies.

Ethiopian legislators made a different argument in February 2018, when the country prohibited all international adoptions of Ethiopian children. Noting a 2013 case in which a 13-year-old adopted child died of hypothermia and malnutrition in America, Ethiopian lawmakers say children adopted by families abroad become vulnerable to abuse, neglect, “identi[t]y crisis, psychological problems, and violation of rights,” CNN reports. Ethiopian children, the country’s government suggests, should be raised in “Ethiopian culture, custom, social values and practices.”

After international adoption applications outstripped the number of available babies, China in 2006 set strict new guidelines, the New York Times writes, “barring people who are single, obese, older than 50 or who fail to meet certain benchmarks in financial, physical or psychological health from adopting Chinese children.” South Korea, on the other hand, chose to limit international adoptions as a matter of pride, the BBC’s Stephen Evans explained in 2015. It was just too shameful, Evans writes, for a newly-affluent player in the global market to lean on the United States for its parenting duties.

At one point accounting for around 20% of all international adoptions to the US, Russia banned the practice in December 2012. Tensions between the two powers had been growing for years. The high-profile case of a woman who put her adopted 7-year-old son back on a plane to Moscow tipped the scales further, as Prime Minister Vladimir Putin pushed a campaign to spur domestic adoption in Russia. But the 2012 Magnitsky Act, which hoped to punish Russian officials for the death of a tax accountant incarcerated in a Moscow prison, closed the door. Putin prohibited US families from adopting children, even choosing to stop ongoing adoption proceedings that had already begun. The ban is still in effect, proving that adoption isn’t just an act of love; it’s a geopolitical phenomenon, too.

Maxine Chalker, MSW / LSW is the founder and executive director at Adoptions From The Heart, a Philadelphia adoption agency and one of the East Coast’s largest private adoption organizations. An adoptee herself, Maxine has dedicated her life to advocating for the benefits of open adoption.

MobileGnomes.com – A family travel blog focusing on USA travel in an RV.
3shares