Pittsburgh is one of the most family-friendly cities in the U.S. Once one of the nation’s major industrial centers, Steel City has a wealth of incredible museums and attractions thanks in large part to the industrialists who called Pittsburgh home. It’s definitely bucket-list worthy for art lovers, foodies, and sports fanatics alike. But if you want to explore Pittsburgh like a local, check out this guide to the best budget-friendly hotspots in the City of Bridges.

Pittsburgh is best known as the home of Andy Warhol, and The Andy Warhol Museum is appealing to adults and children alike. The mixture of art and pop culture is colorful and vibrant, and every afternoon, you can join in the fun and create your own pop art project.

The Toonseum is the number one spot to take artistic kids. This museum specializes in cartoon art and will make you appreciate this art form all the more.

If you’re visiting in June, enjoy the Three Rivers Arts Festival, which boasts over two weeks of art, crafts, dancing, music, and food in Point State Park downtown. It’s a local tradition that all are welcome to join.

Pittsburgh is known for its working-class cuisine, which is both budget-friendly and delicious. While the city also has its share of fine dining options, the locals are more likely to frequent the iconic diners and sandwich shops.

Primanti’s is known for its giant sandwiches, which are piled high with french fries and coleslaw. There are several locations around town, so pick your favorite and jump in!

The Original Hot Dog Shop is located near the University of Pittsburgh, and as the name suggests, it serves juicy hot dogs and huge portions of fries. Locals refer to it as “The O.”

In the Strip District, Kelly-O’s serves classic diner food for breakfast and lunch, as well as a selection of Eastern European comfort food, as a nod to Pittsburgh’s heritage. It’s second only to DeLuca’s, which usually has a long line of locals waiting for a table. And if pancakes are your jam, check out Pamela’s, which has the best breakfasts in the Burgh. Just remember to bring cash, as these spots don’t take credit!

Pittsburgh is a dream come true for those who love to tinker or learn how the world works. The Carnegie Science Center is a hands-on experience that focuses on science and technology, and it’s perfect for kids and adults. With a Cold War-era submarine, a four-story Omnimax theater, and a coral reef aquarium, it’s out of this world.

Similarly, the Children’s Museum of Pittsburgh offers tactile play, allowing children to turn what they imagine into tangible objects at The Makeshop. Parents can reminisce while kids explore the Mr. Roger’s Neighborhood exhibit. The indoor jungle gym is the ideal place for kids to blow off steam.

The Carnegie Museum of Natural History and the Heinz History Center are great for those who want to get an in-depth look at the past, from dinosaurs to the creation of the automobile. Phipps Conservatory and Botanical Gardens will delight nature enthusiasts or those who just want to see some of Pennsylvania’s rich natural beauty.

Pittsburgh is home to the Steelers, the Penguins, and the Pirates. Each team has its own stadium, which is one reason this city is so mad for sports. Since all the teams share team colors, you’re sure to be surrounded by black and gold.

PPG Paints Arena is home to the Pittsburgh Penguins, while Heinz Field is where the Steelers play. But it’s PNC Park, home of the Pirates, that’s really worth exploring. PNC Park is beautiful and family-friendly, with breathtaking views of downtown, tons of food options, and a super fun playground.

The Western Pennsylvania Sports Museum is located inside the Heinz History Center, and it captures just how important sports are to the city. Here, you’ll learn about the greatest sportsmen in history while interacting with exhibits and browsing some incredible sports artifacts. Don’t miss the baseball card collection or the exhibits on bocce or marbles.

Pittsburgh is definitely worth a visit for any family. Nearly 50 percent of the entire nation lives within 500 miles of this amazing city, so there’s no reason not to take the family on a trip. Check hotel prices before you go so you can plan for your budget accordingly. Then head on down and explore Pittsburgh like a local! 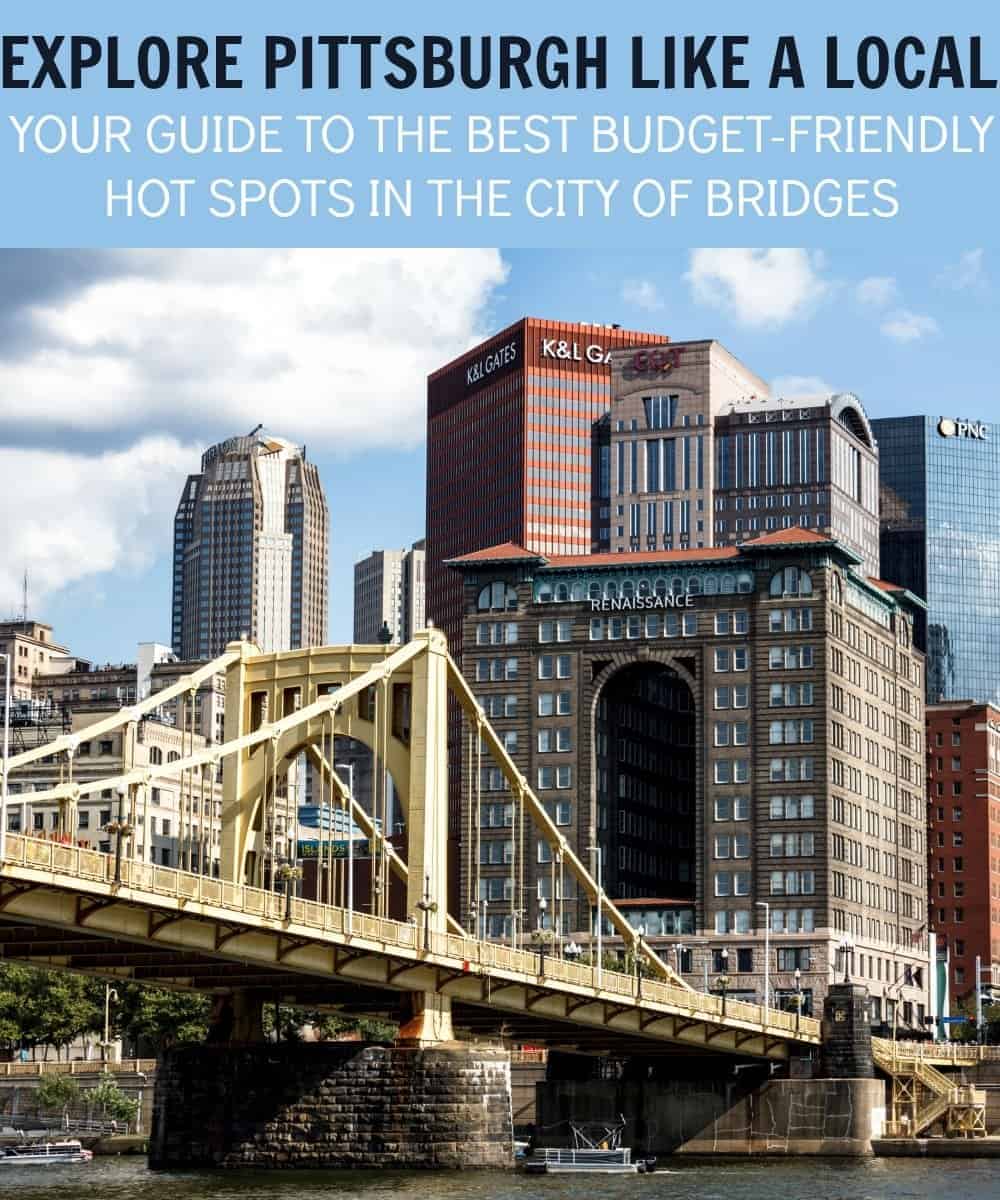 This is my city!! and you're right... there is so much to see and do here. Why your interest in the Steel city??