We received a complimentary FirstBIKE to try out for the purposes of this review. No other compensation was received and all opinions are my own.

Last month, both Daniel and Dexter celebrated birthdays. Dan turned two and Dexter turned four. It was an awesome few days, and with their birthdays being so close together, you had better believe we had a joint birthday party and made sure their presents were given at the same time. Little boys are not known for their sharing skills.

Of course, for one little guy, it was an extra special surprise when he received his very first balance bike! We were so excited when the kind people at FirstBIKE reached out to us in anticipation of our upcoming birthday and asked if we’d like to give him one of their amazing balance bikes. UM YES!?

So we had a look on their site and chose the Racing Red, which purports to have “world-renowned Schwalbe Big Apple tires for maximum traction on any surface.” Well, we have lots of different surfaces in these parts, so it sounded good to me!

The bike arrived in a smart white box, and when I opened it, I found myself taking a deep breath. It was in lots of pieces, and I was a little overwhelmed. 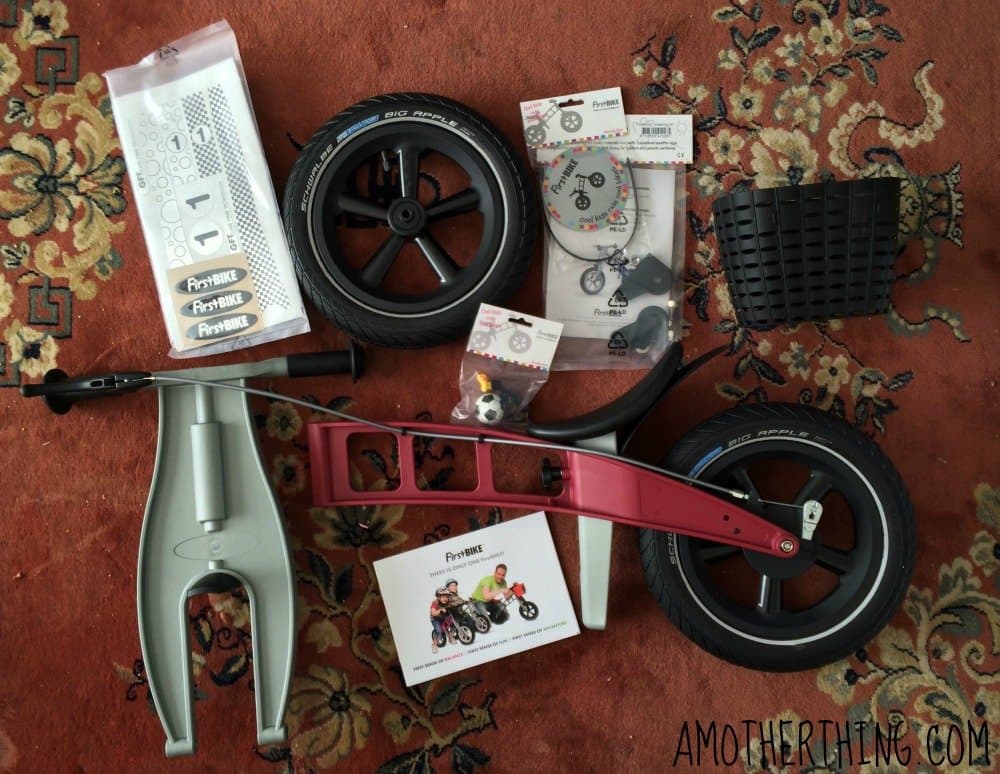 But once I looked at the detailed instruction manual and had a second to look at it, I realized it was actually REALLY simple to put together. In fact, it took me less than ten minutes to get it done. 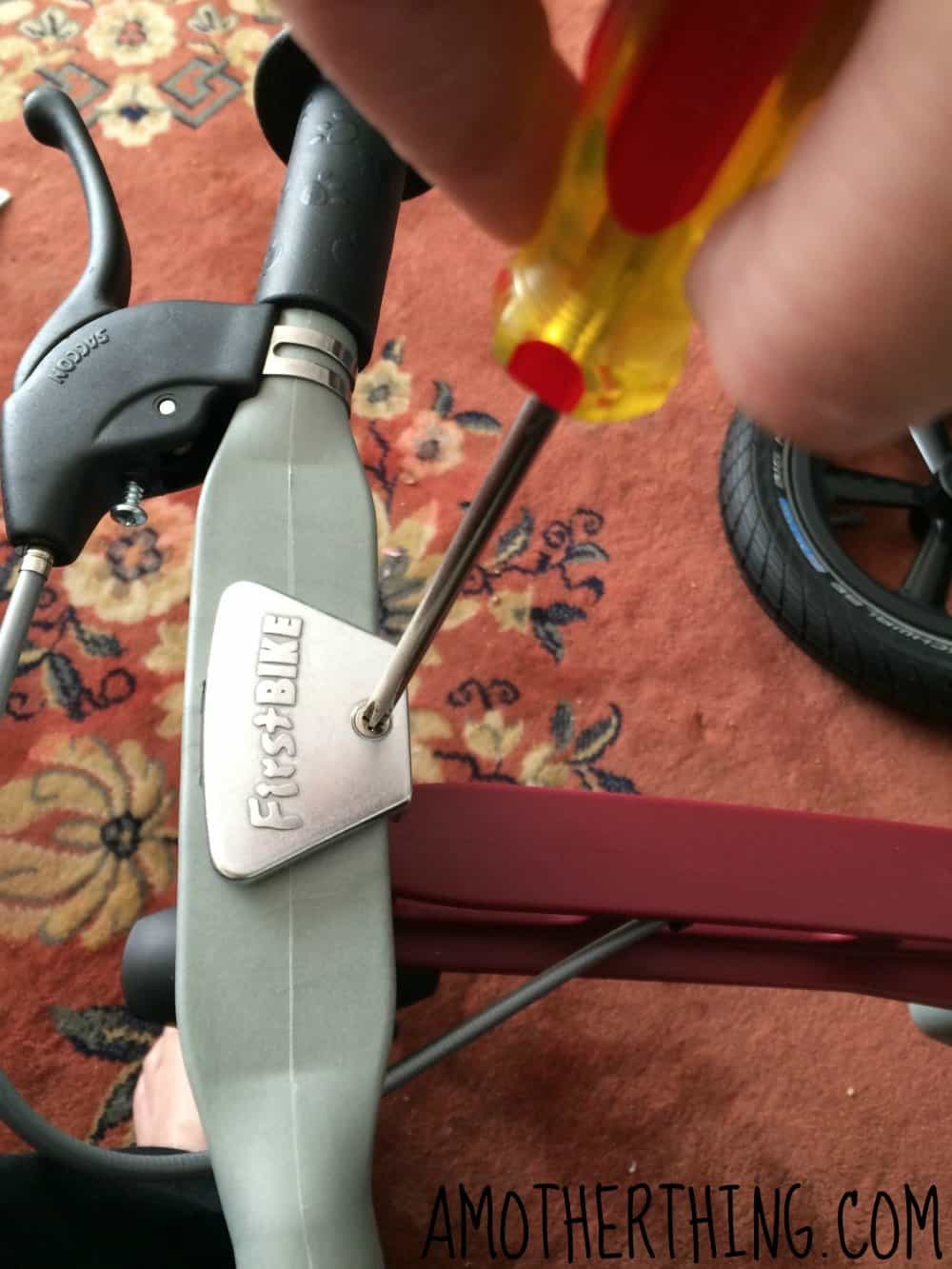 Once I’d got it all functional, I set about using the cool stickers it came with to get it looking as snazzy as possible. If you’ve got little boys, you’ll know how important it is that their ride be stylin’. Dex is obsessed with stickers, so I needed to make sure they were looking as perfect as they could be. 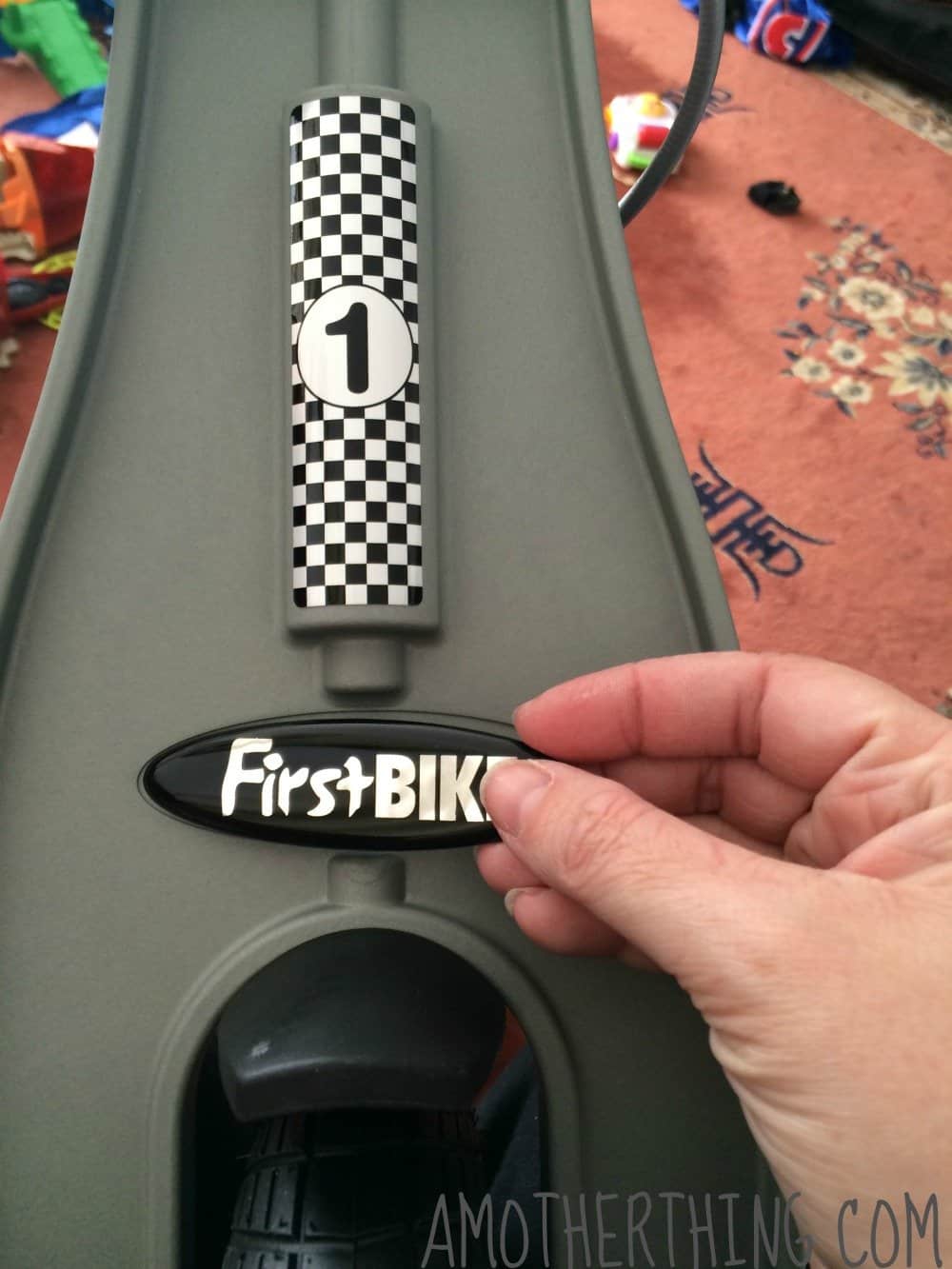 And honestly? I couldn’t wait until his birthday so I could give him his new toy. I wish I had a photo of how his face lit up when he saw his new bike. It was like all his Christmases had come at once! 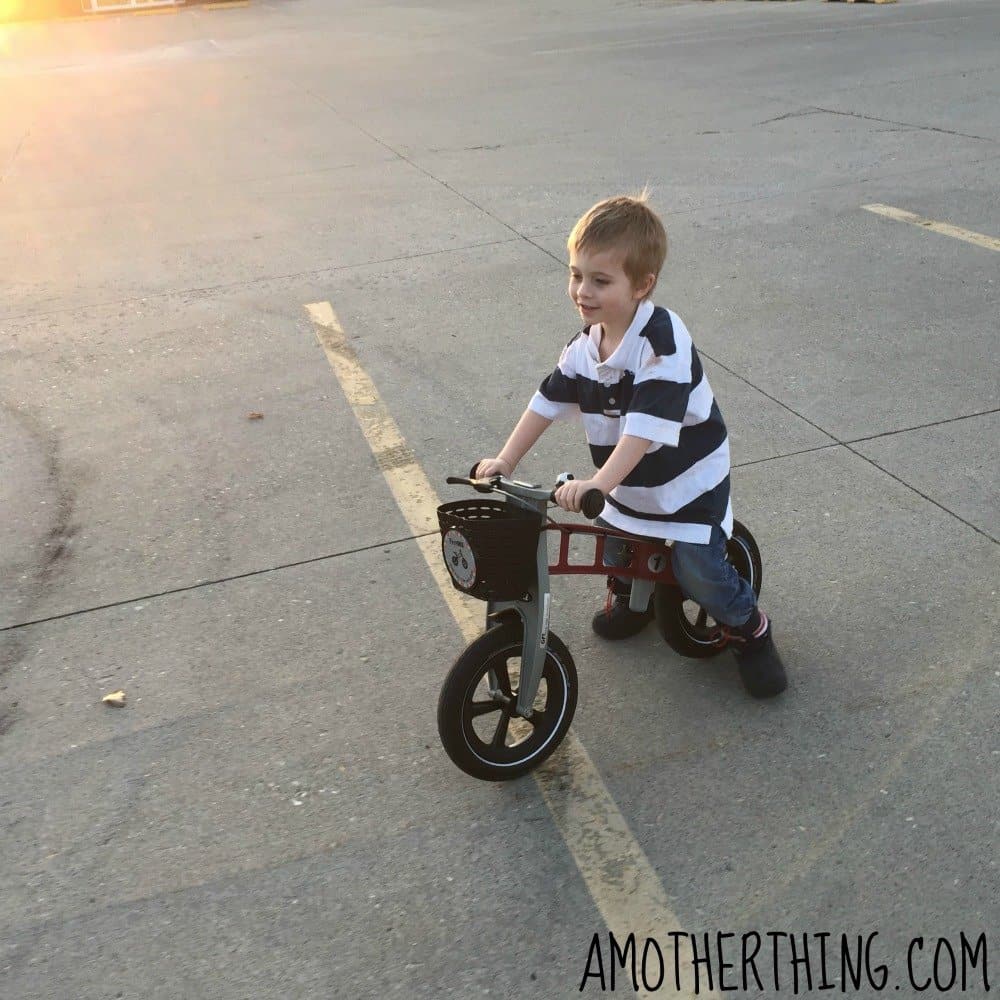 Of course, right away he wanted to try it out. We decided to take him to the park to play, and he had a ball. He felt like one of the “big boys” who cruise around the bike path, and he had a smile on his face the whole time. Of course the problem with that is that those older cyclers don’t really watch out for the little kids very well, so we moved the whole shebang to grandma’s house so he could practice in the church parking lot across the street. 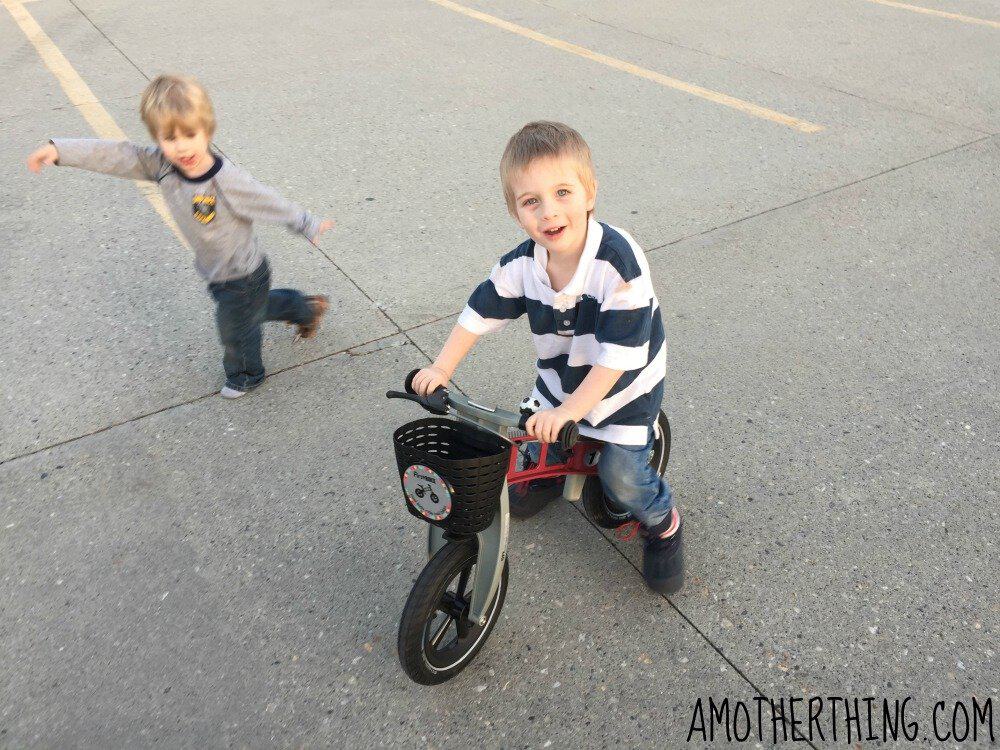 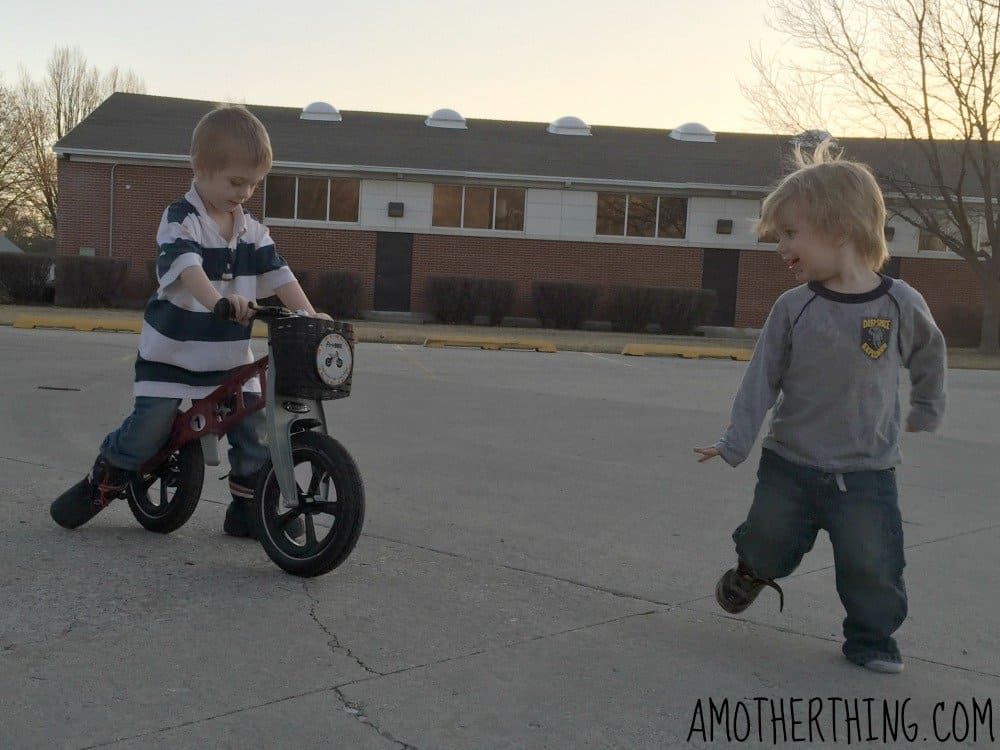 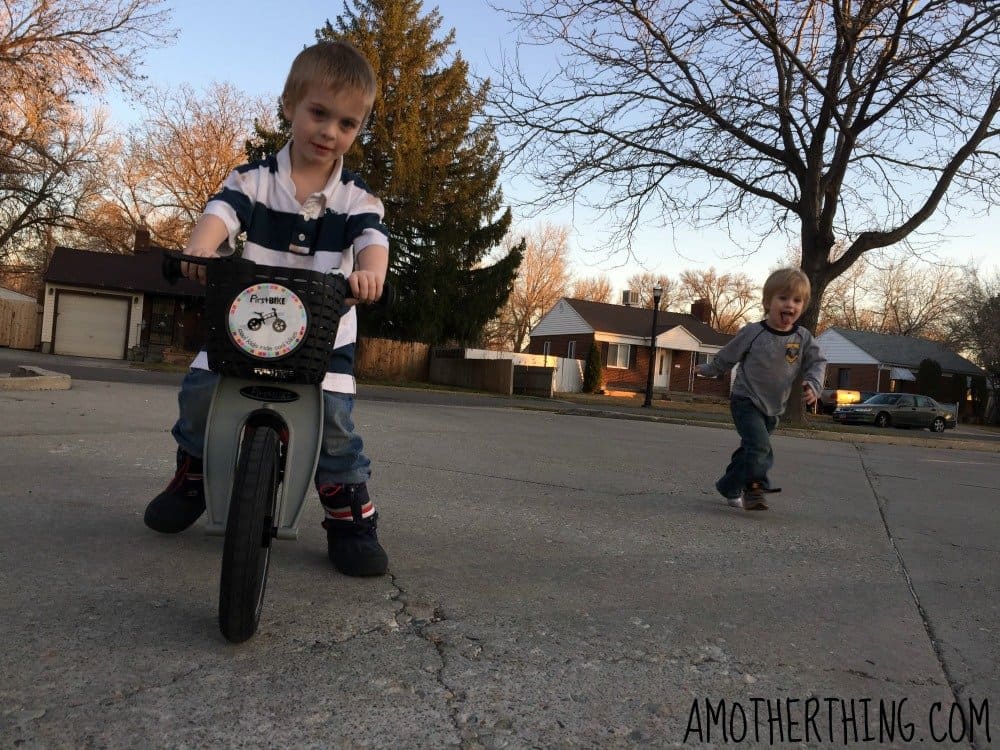 For hours, he practiced balancing on his bike, pushing off on one foot and then the other as he cruised forward. Daniel was right there beside him, running next to him and shouting encouragement. It was adorable.

They both kept putting random items in their little basket. It was soon filled to the brim with rocks, sticks and even a rather large snail! At one point, I’ll admit, he did have a bit of a spill, misjudging his balance on a crack in the road and falling over. He wasn’t hurt, but it did scare him a bit, and he decided to take a break and let his brother try the bike out. 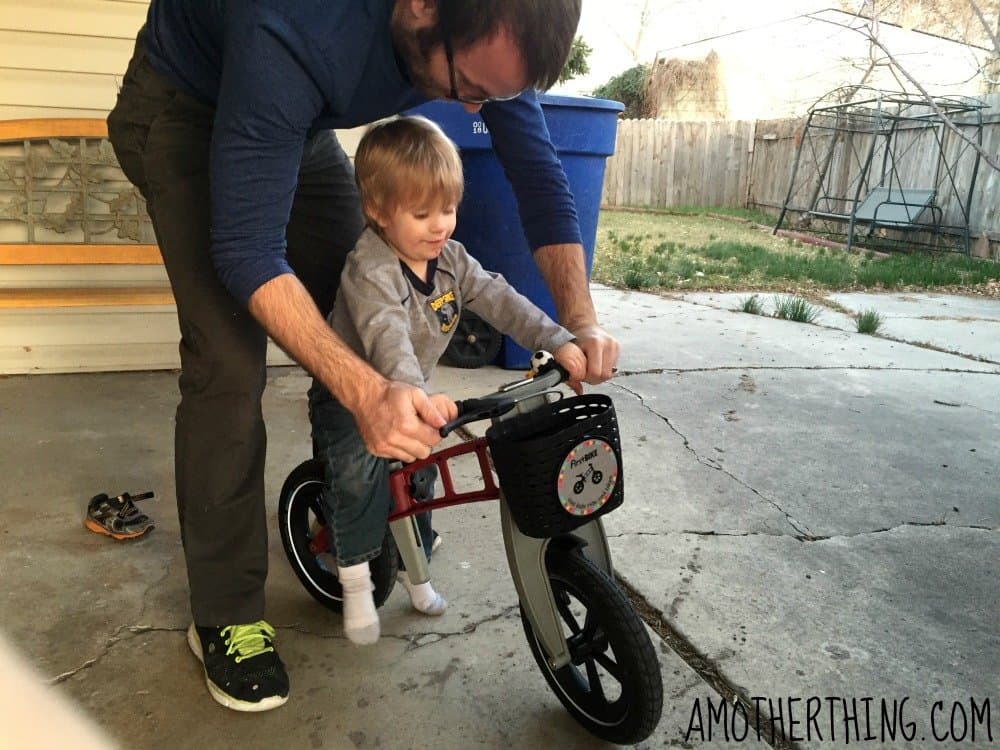 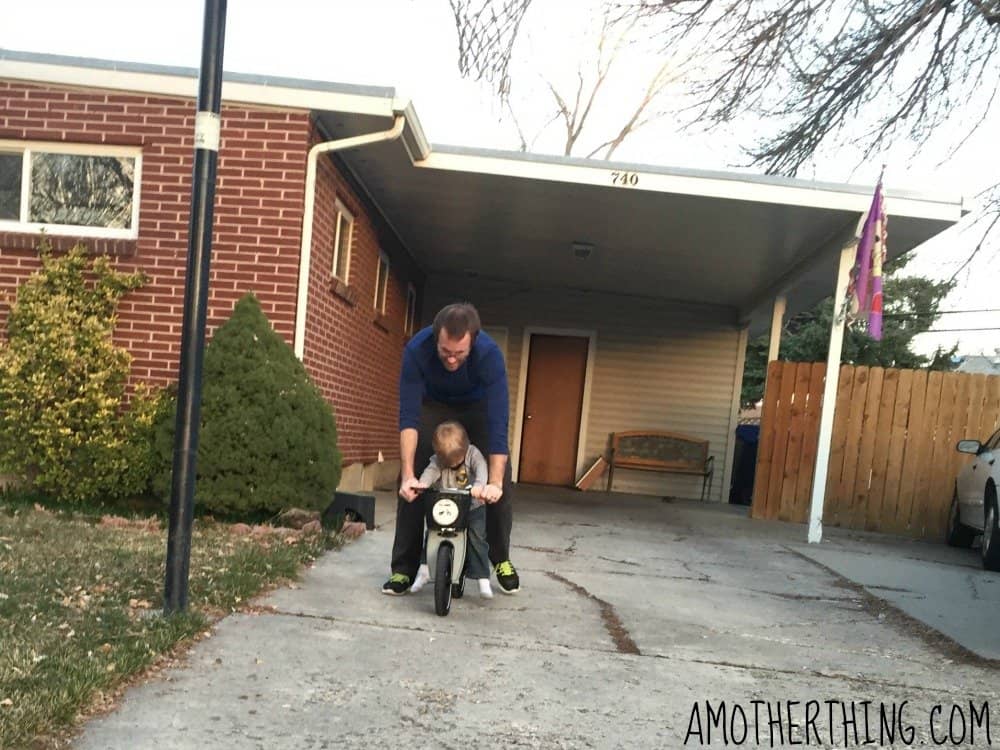 The kit does come with a LowKit you can install so that littler kids can use it, too, but for now we’re going to keep it as is. Dan just enjoyed being pushed around a little, and it was easy to see that when Dexter outgrows it, Dan will be right there to take it over.

Here are a few reasons why FirstBIKE is so great:

FirstBIKE was developed with safety in mind. It is a great learning tool for kids, and it can even help them to gain confidence. I saw it firsthand when Dex was riding. His tentativeness at first was replaced very quickly by a willingness to go farther and faster without help. Even when Daniel was having his turn, Dex was giving him tips and advice based on his own understanding of how it all worked.

In all honesty, I wasn’t sure what to expect from a balance bike. I have always assumed we’d teach our kids to ride the old fashioned way, by getting them a bike and holding on until they got the hang of it. But once I saw him on it, I knew that this was a better way of teaching Dexter how to ride. The FirstBIKE teaches him how to balance, but it gives him security at all times because his feet are still on the ground. It means he doesn’t have to concentrate on pedaling, steering and balancing all at once, a trick that can be hard to master. Instead he can just go at his own pace for as long as he needs until his balance is as good as it needs to be.

I love this bike. It is sturdy, easy to assemble, stylish and fun. I can highly recommend it to any mom who wants to give her child a head start in biking. Dex is already asking for a helmet and pads!