I don’t give a lot of thought to my own Kindergarten experience, if I’m honest. It began with Mrs Purillo, at Lacy Elementary in Warren, Pennsylvania – a school that hasn’t even existed since just after I finished there. I learned my alphabet. I learned Humpty Dumpty and Little Rabbit Foo Foo. I had to go up in front of my class each day and point to every letter in my full name and say what letter it was. I had the longest name in the class, and it took me months to finally get every letter right so I could receive a gold star.

Halfway through the year, we moved across the country, and I finished my Kindergarten year at Ben Hulse Elementary in Imperial, California. My teacher was Mrs Clancy. I learned how to make fun caterpillars out of empty egg cartons. I learned to churn ice cream in an old coffee can filled with ice. I sang “It’s a Small World” at our graduation ceremony.

I remember these things because they were my first foray into the world of higher learning. I remember the teachers, though I’ve forgotten my classmates. I remember the lessons because I use them, even now – thirty years later. But I never gave any real thought to what Kindergarten really means. 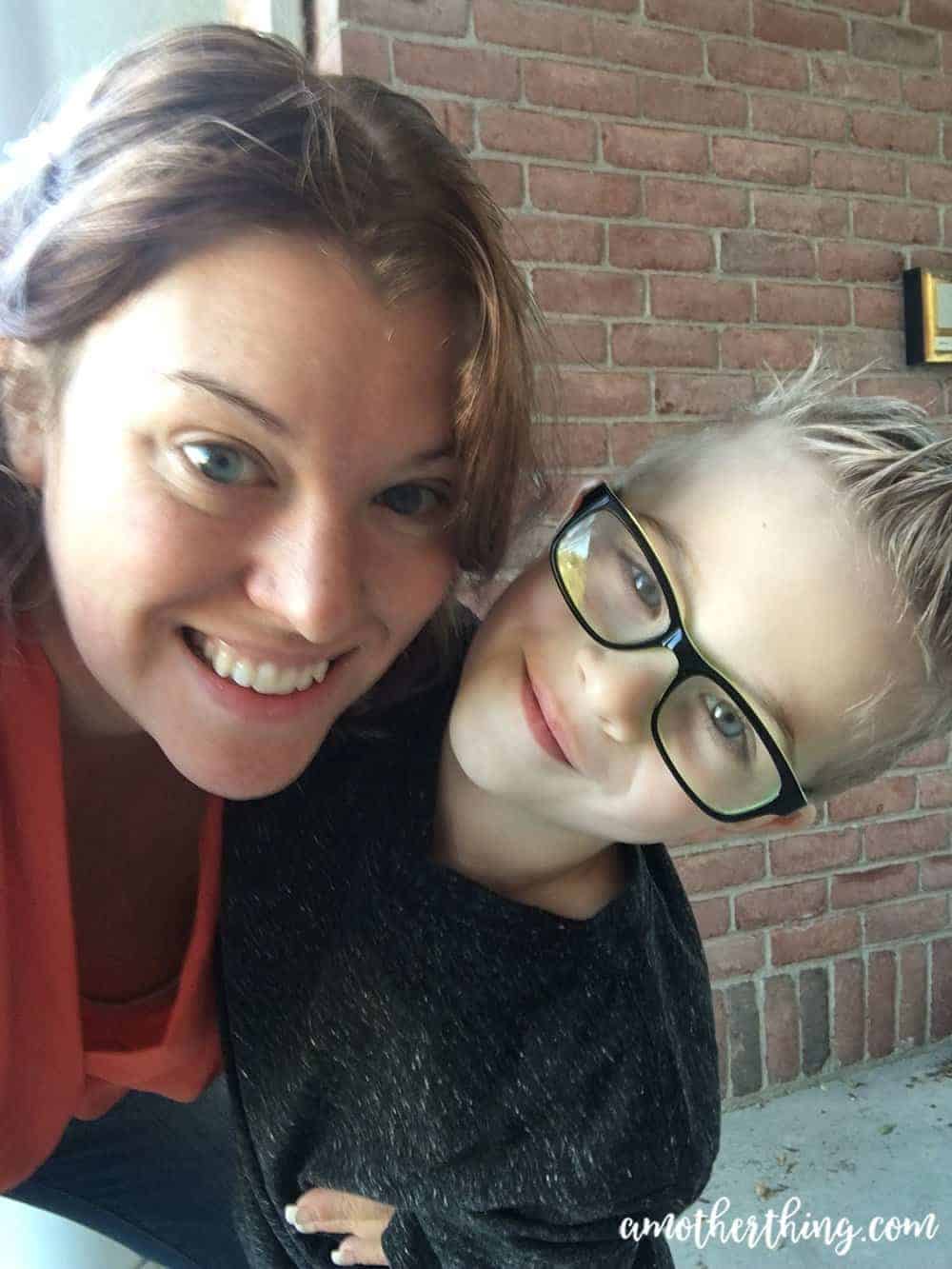 This year, Dexter started half day Kindergarten. For three hours a day, he went to school three blocks away. Before this year, none of my kids had ever gone to any sort of classroom. We’d missed out on the whole idea of preschool, and as a result, Dex was probably one of the most behind kids in the class. It didn’t help that he has had a rough childhood with some pretty big developmental delays due to his undiagnosed hearing loss. 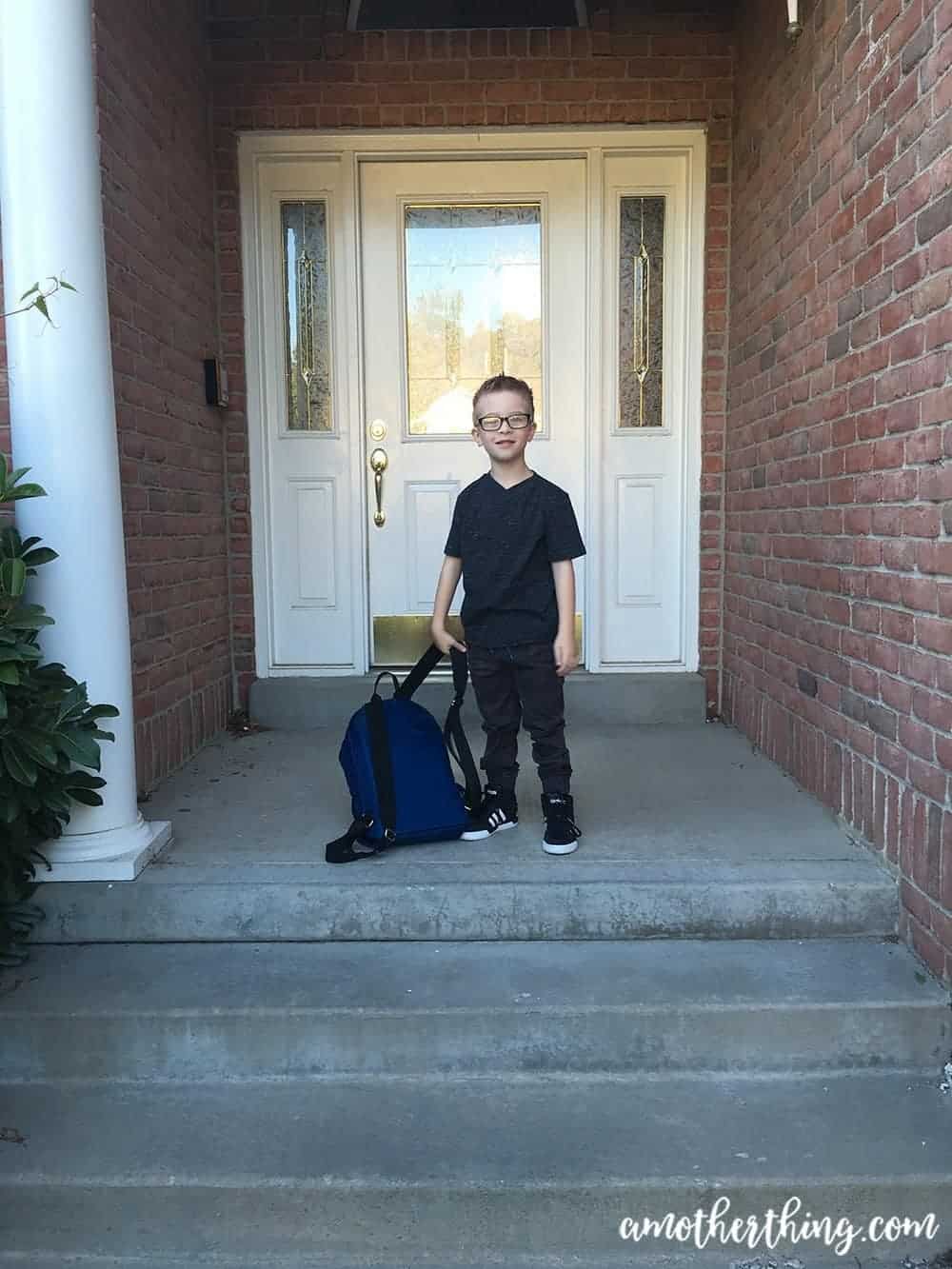 Right out of the gate, on his first round of testing, it was clear that he was struggling. He tested way below average, and my anxiety went through the roof. Happily for us, we were gifted with one of the best Kindergarten teachers we could ask for. She reassured us, as his parents, that there was nothing to worry about. The whole point of Kindergarten is to teach the children the skills and ideas that they’d need to be successful going forward. She promised us that she would work with Dex to help him to improve. She reminded us that at the end of the day, we can’t compare him with the other kids – we can only compare him to himself. 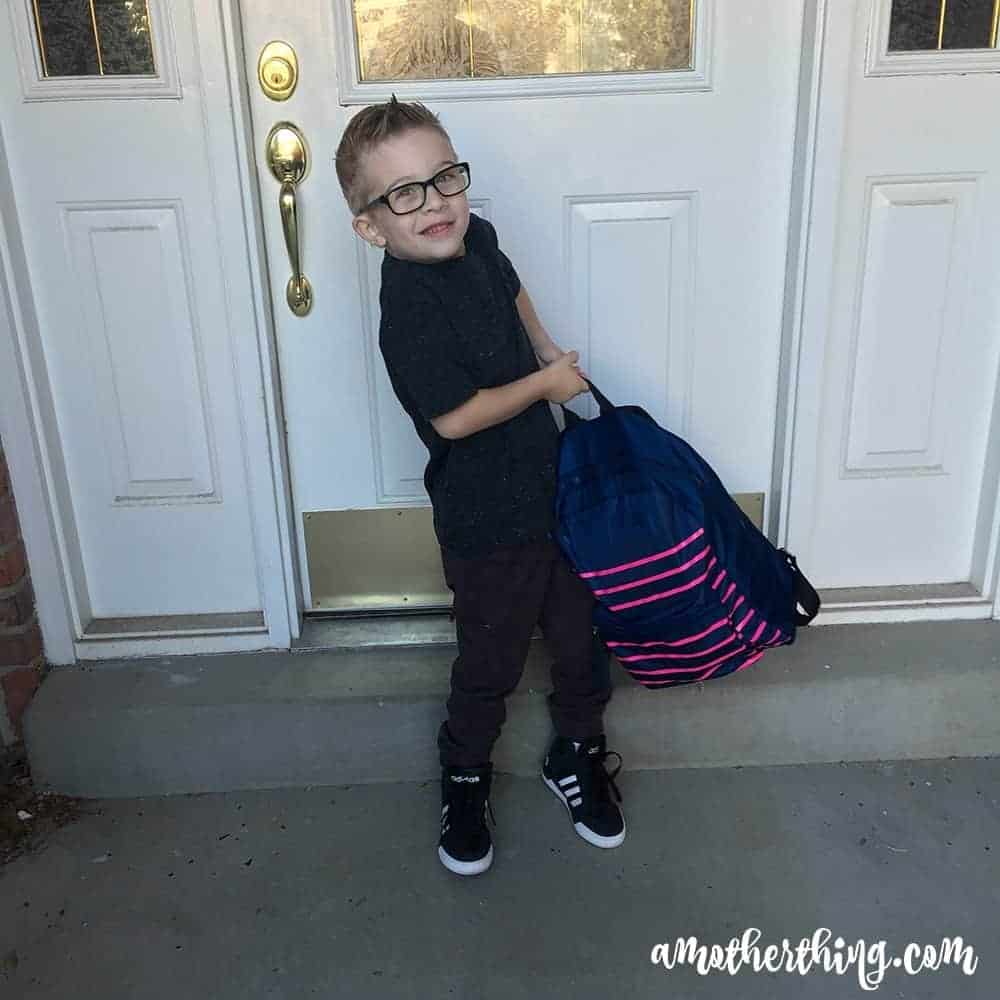 Throughout the year, he worked with a speech therapist once a week. She took him out of class so that he could practice the sounds that he was struggling with. We had sat down with her, his teacher and the Principal for a meeting at the beginning of the year and were told that his assessment indicated that he would need several years of this therapy to catch up to where he should be. I left that meeting crying, but hopeful.

Imagine our surprise when we were sent various updates throughout the year that Dex was improving faster than anticipated. He was making some serious progress, and his speech therapist was actually introducing things she’d originally thought would not be introduced until the next year. 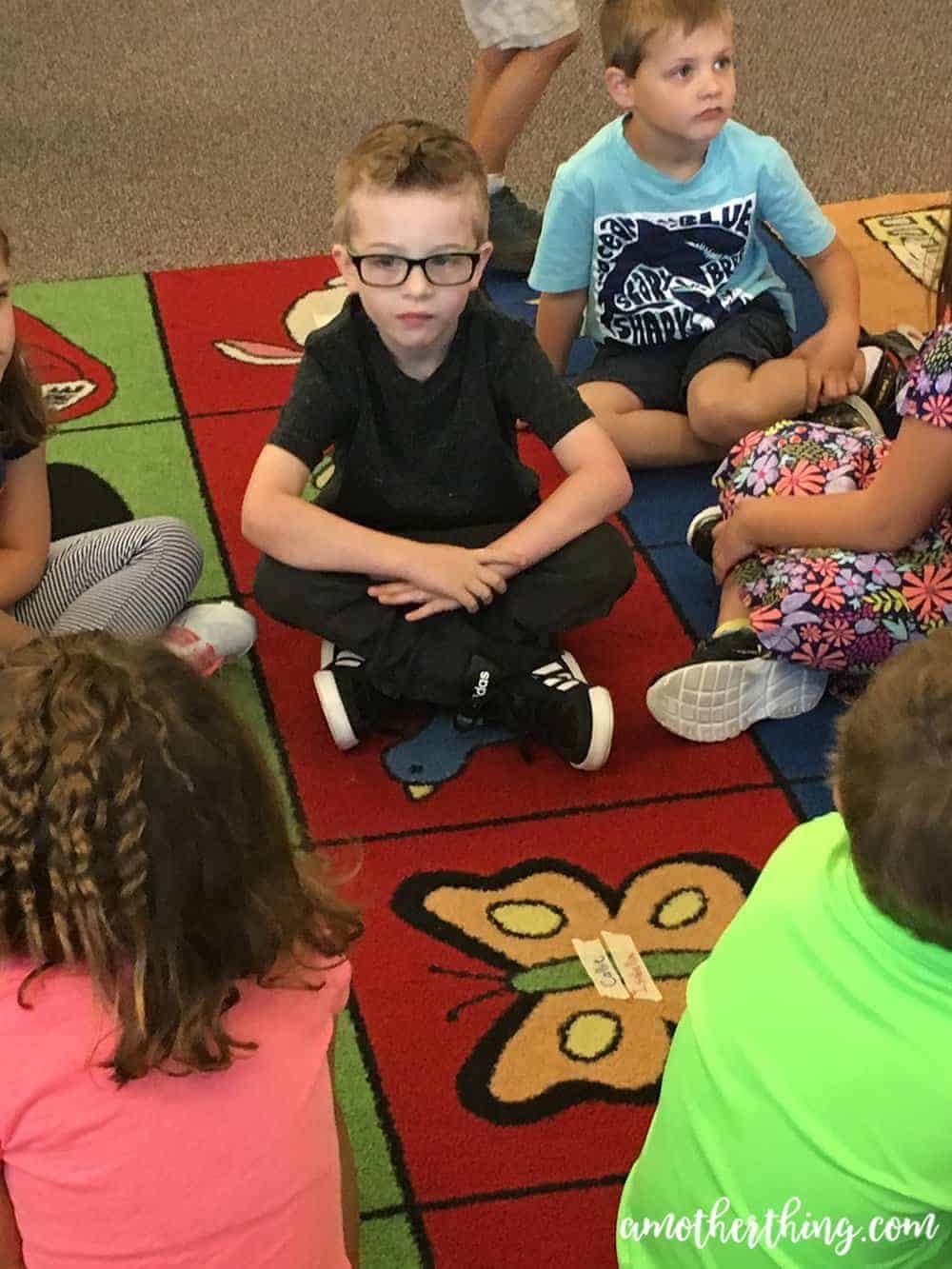 In the first week of school, Dexter had come to us, crying and defeated. He felt that he was not liked by the other kids and that he had no friends. He had not had a lot of practice with social skills in his life, and his best friend up to that point was his little brother. He didn’t quite understand that with so many children in the class, he couldn’t fixate on one person. We tried to encourage him to reach out and play with many different kids, but he couldn’t get past one child at a time. When that child played with someone else, he felt rejected. By the end of the first few weeks, he was begging us not to make him go back.

What could I do? I spoke to his teacher. As I dropped him off to school one morning, I asked for a quiet word, and I explained to her what was going on. I tried to stay calm, but my heart was breaking for my son, and I sobbed uncontrollably. She was completely amazed, as she thought of Dexter as one of the friendliest kids and said that he had played with many of the other children without incident. But after I brought it to her attention, she went out of her way to help him to form solid friendships. That same afternoon, he came home beaming, as he’d made three new friends. Every day for the rest of the year, he came home with a smile. 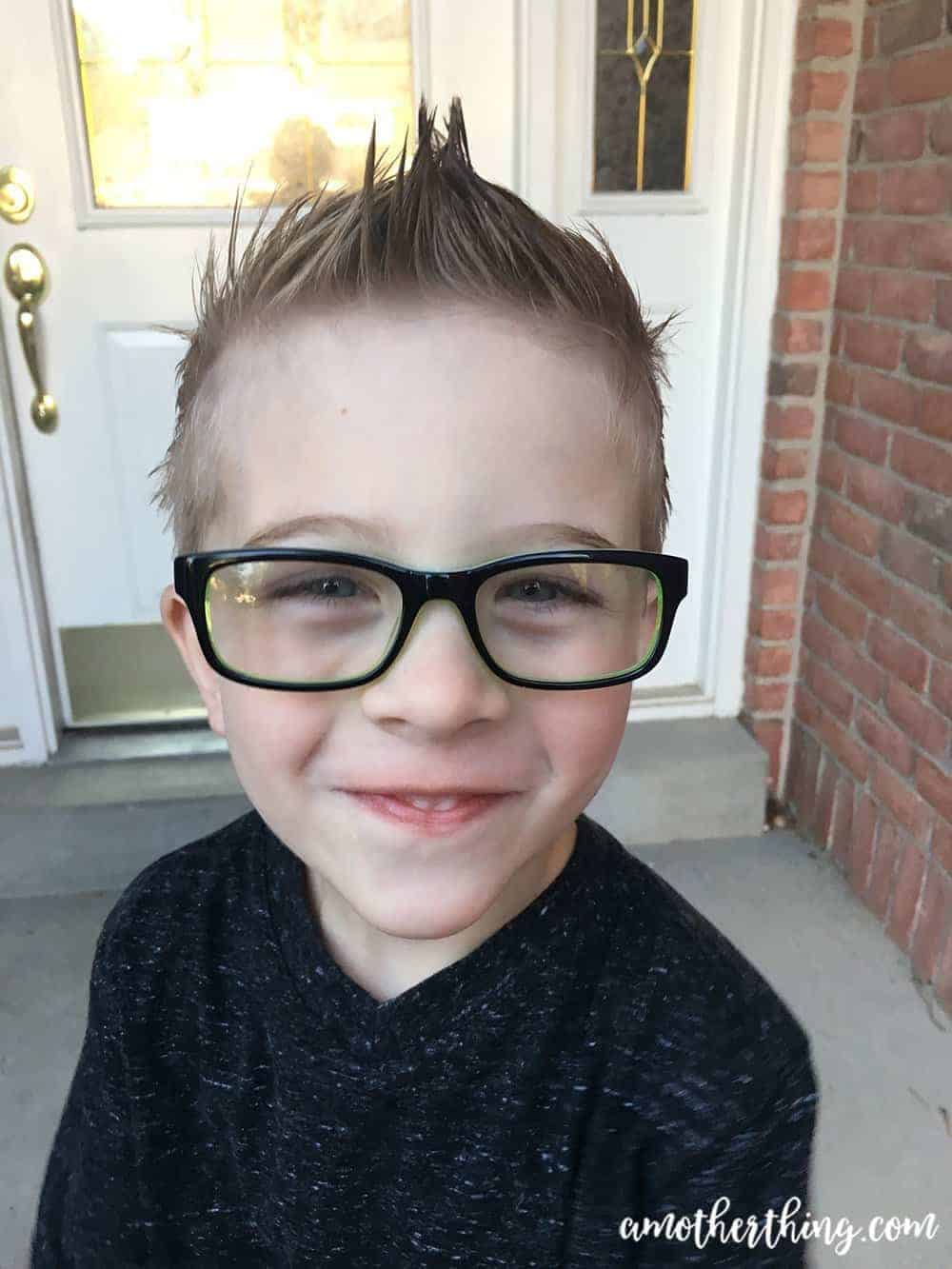 Midway through the school year, he had another set of testing. We went in for Parent/Teacher conference day, and we were shown his results. His teacher insisted that we look not at his overall results (which were still way under what they should be) but at his improvement since the beginning of the year. She reminded us how far he had come, and she praised him as a model student. She regaled us with stories of his kindness, his aptitude and his desire to learn. She sent us home with advice to keep encouraging him, working with him on his basic skills and continuing to focus on his overall progress.

I’ll admit, I was pretty resigned to the fact that my son would be behind for a while. I started considering whether it was in his interest to maybe repeat his Kindergarten year.

By the end of the year, homework was nearly impossible for him to complete. He had lost all interest in it. He wanted to play. He refused to sit down and do the work, and I didn’t want to force it. I wanted him to love learning and want to do it. I spoke to his teacher once again, and she told us not to sweat it. She said the homework was there to reinforce the lessons they’d learned in school, but as long as we kept working with him, reading to him, and making learning fun for him, he’d be fine. I took it to heart.

Finally, the end of the year came, and I nervously took him in for his end of year testing. His dad and I sat there and watched as his teacher went through each question and skill with him. Reading, writing and basic math. For fifteen minutes, she asked him to perform, and I watched in absolute amazement as he got each and every question and task correct. 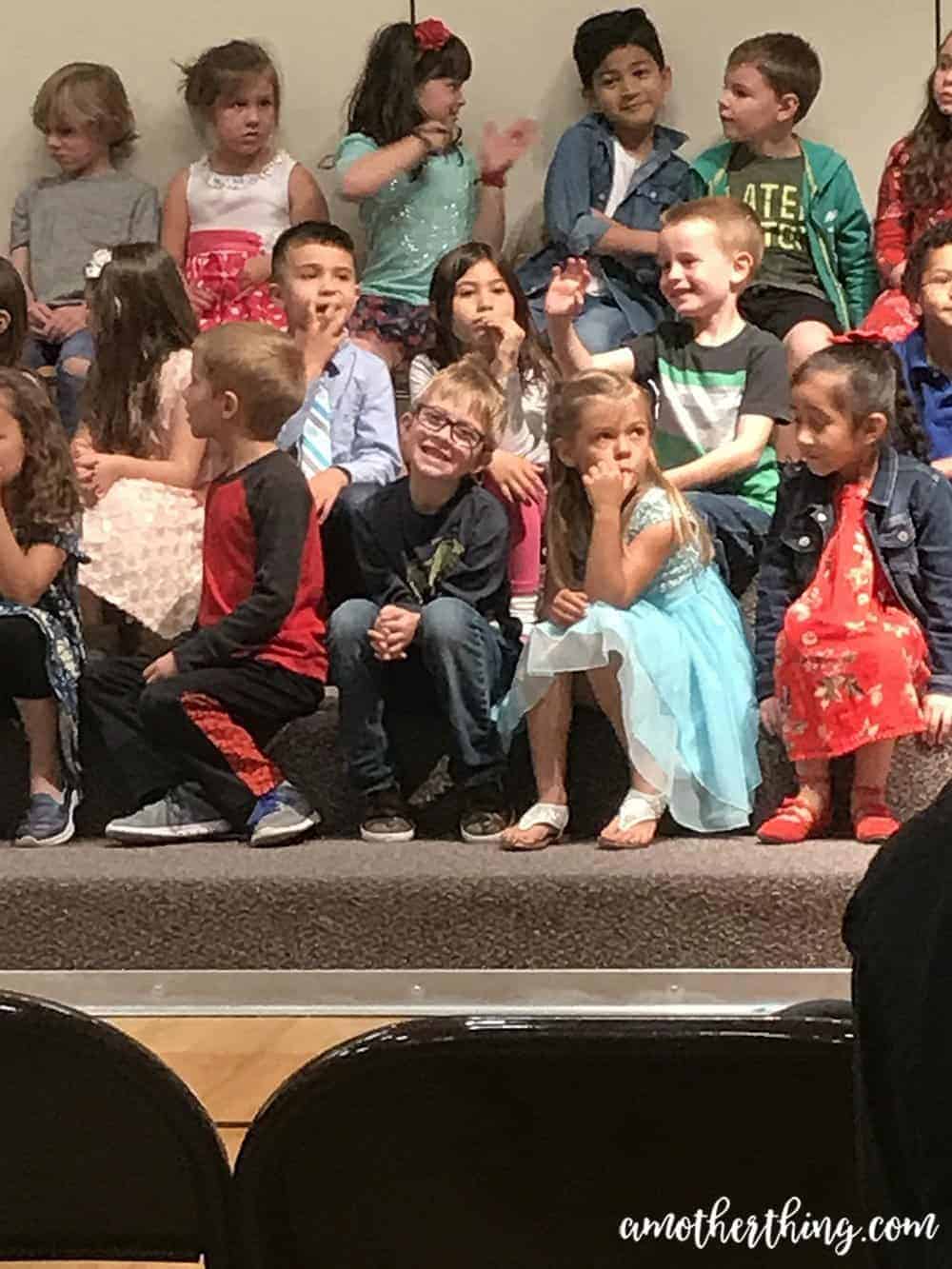 At the end, she looked at us with a huge smile. She showed us his end of year testing. The same test he’d taken twice before. I expected to see a personal improvement for him, but I also expected that he’d still be behind the other kids. To my surprise and elation, not only had he improved personally, but he was BEYOND the expectations for his age. While the other tests through the year had seen him register as “below average,” he was no registering far above average!

I cried. I cried my eyes out in happiness. I couldn’t believe his improvement. 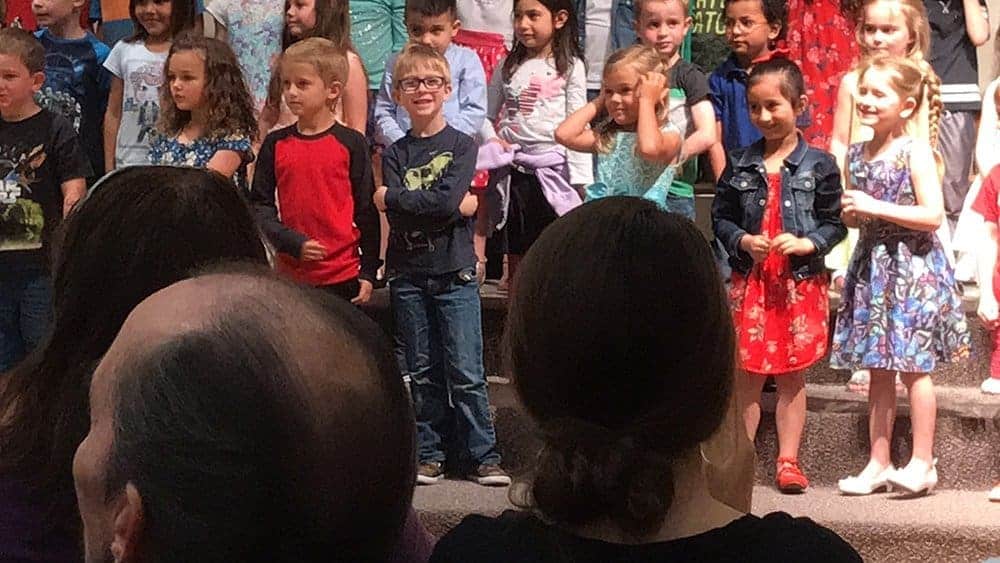 I asked Dexter how he felt his first year of school had gone. I asked him how he’d liked his teacher. I asked what he’d learned this year. His answers surprised me. He said he thought the year was fine. His teacher was fine. He hadn’t learned anything of note.

For a moment I was flummoxed. He hadn’t learned ANYTHING? His teacher was just “fine?” How could this be? He merely shrugged. He liked his teacher well enough, but he didn’t think there was much she had taught him. Sure he could count to 100 now, he could read at least a few dozen words, and he could explain in detail what an “oviparous animal” was. But these things didn’t seem like big deals to him. He’d had fun in class – he’d made new friends, and he enjoyed the songs they’d learned and books they’d read together. That was all he had taken away from the year.

Most of all, the best Kindergarten teachers are the ones who can teach the grown-ups. I will forever be grateful to my son’s teacher for helping us to learn what it takes to nurture children. I have three kids who will soon follow in Dexter’s footsteps. I hope they get a Kindergarten teacher like her.