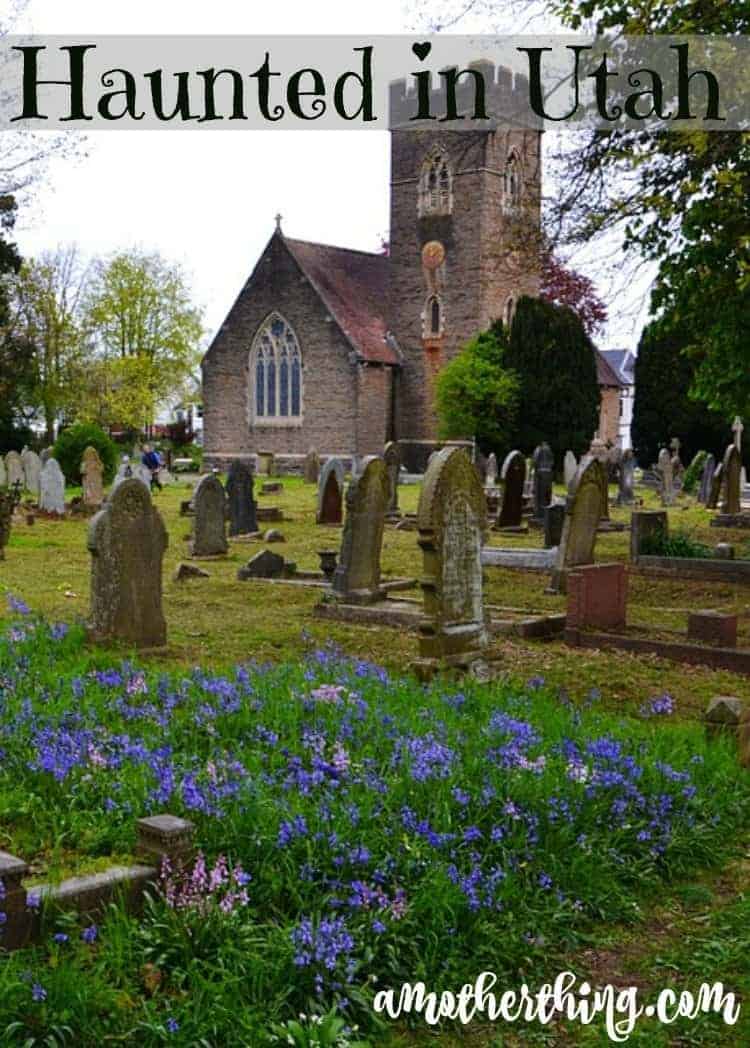 Utah is one big old creepy place, depending on where you go. The southern part of the state is especially freaky given how big, open and desolate it is. Driving through it can be scary, as there are literally no houses, no people, and no gas stations for literally hours, depending on your route. I’ve traveled that road before, and if you’re an anxious person like me, you don’t want to do it yourself. But besides the spooky middle-of-nowhere places, Utah has its share of really cool sites for those who are into the haunted scene. Whether you’re just driving through, or have lived here your entire life, Utah is a great state for everyone. It’s full of breathtaking landscapes, beautiful National Parks, oh, and tons of haunted spots!

If you’re up to it, visit these haunted spots that are off the beaten path in Utah.

Grafton Ghost Town & Cemetery – Located near Zion and founded in the 1859 for people to grow cotton, Grafton had a rough start. There are a few dozen graves in the Grafton Cemetery. If you read the inscriptions, you’ll learn about the history of the lives lost in the 1860s and beyond, such as the three brothers and one of their wives killed by Indians in 1866, and the five children of John and Charlotte Ballard, all whom died between 1865 and 1877, none making it to more than 9 years old.

One visitor said you can even go into some of the old houses. Step back into time while visiting Grafton Cemetery, but do it before dark!

Mountain Meadows Massacre Site – In 1857, a massacre occurred. The story goes that an entire wagon train were murdered by Mormon Militia. Out of 140 wagon passengers, 17 children were spared and given into the care of Mormon families. The rest of the men, women, and children, were murdered. The children were returned to Arkansas, to their extended families, the next summer.

In June 2011, this Mountain Meadow was named a National Historic Landmark. Present day, visitors say when they are at this location, they are overwhelmed with a feeling of sadness. Some have also reportedly heard cries. Some even have EVP evidence!

Haunted Spots in Utah – If you’re looking for even more real-life ghost hunting in Utah, be sure to check out this list. There are dozens of spots with ghost sightings and more!

Castle of Chaos – This haunted attraction opens at the beginning of September, which means you can see it before most of the others open! The premise of this haunt: “You’ve been kidnapped by a serial killer. You and your friends have 1 hour to escape, or you’re dead…” It starts out with you being handcuffed to a chain, with a bag over your head. You and your friends work to escape the madness of a serial killer. Enough said. I’m scared already. And this is LITERALLY just down the road from my house!

Nightmare on 13th – Rated a top haunt in the nation, Nightmare on 13th is where you go to experience a real nightmare! They’ve been around since 1990, which says a lot considering most haunted attractions only last for one or two seasons. Each year, Nightmare on 13th presents a new nightmare theme for you to explore in their 36,000 square-foot haunt. Before we moved to the other side of town, we lived right down the street. The coolest part (and pretty much the only thing child-friendly about the whole place!) is a giant animatronic dragon that hangs out above the entrance. It breathes smoke and moves around, and my kids thought it was amazing!

One thing I really love about Nightmare on 13th, other than it being scary, is that they do public events to raise anti-bullying awareness. That’s great!

Text NIGHTMARE to 31996 for exclusive discounts and updates.

Which spot are you going to visit first? Be sure to bring a flashlight!

Four Things To Look For When Buying Hiking Boots