Ever since we got our two beautiful cats back in November, I have to admit there’s been no end of drama. For the first six weeks, we were all sniffling and sneezing, and I was pretty convinced that we were all unknowingly allergic to our new friends. But after a lot of research and a good deep clean of our new home’s carpets (the previous owners had had two large dogs), I realized that it wasn’t the cats making us ill. Hallelujah!

But besides the worry that we’d have to give them back, we’ve had quite a few issues that we weren’t expecting. Like the fact that we just bought a brand new sectional sofa, and the cats have already torn it to shreds. Ugh. But probably the worst problem is that our entire basement was stinking of cats! We had given them their own room in the house (our basement bathroom) for them to use, but despite our expensive kitty litter, the smell was overwhelming the entire downstairs. Double Ugh.

I went to the pet store and saw they had an assortment of covered litter trays, but I was a little floored at how expensive they were. After all, we have two cats, and most of these were meant for just one. I wasn’t even sure if covered trays were what we needed, so I didn’t want to waste money until I was sure.

So me being me, I decided to make my own. Full disclosure: I thought I was pretty bloody brilliant to come up with this, but once I shared the finished results with people on facebook, I was told this is a fairly well-known hack. Doh!

Anyway, I figured I’d share anyway, and maybe this will help someone else!

In my laundry room I had an old plastic storage bin which was filled with some winter gear that we have been searching for for MONTHS! So I guess it’s good that I emptied it out and used it for my project. As you can see, it has been used and abused. In fact, I think it actually moved with us from the UK to Florida before Utah!

I used an old paper plate to trace a circle onto the plastic to work as a doorway. 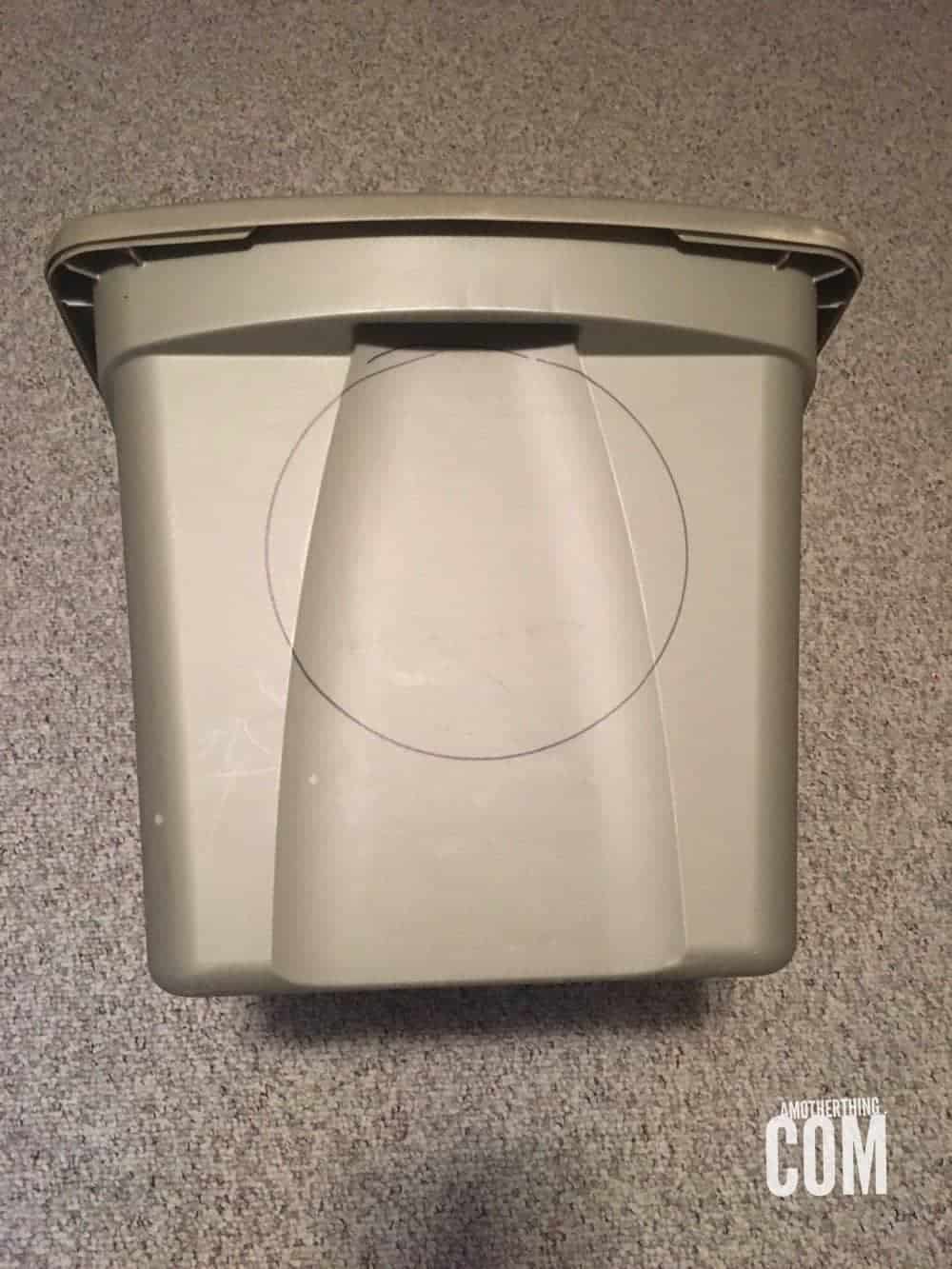 I then used a utility knife to cut around the circle. I think next time I’d probably draw a square instead, as the circle was a little difficult to cut out evenly. Woops. 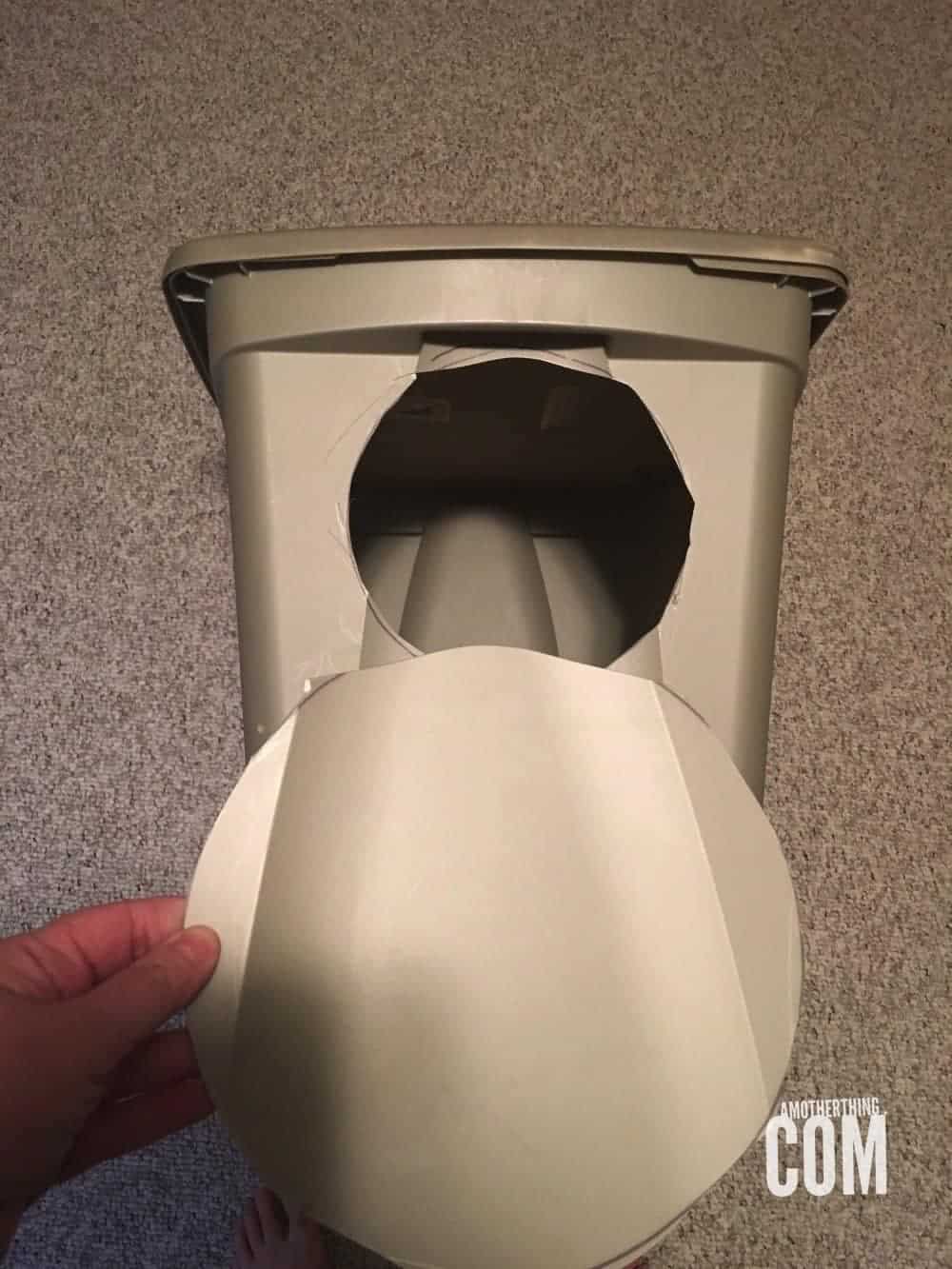 Because I had a lot of jagged edges, I was worried the cats would get caught on them, so I grabbed some duct tape (I had this cute patterned version on hand) and just used small pieces all around the hole to make sure it was covering all the edges. 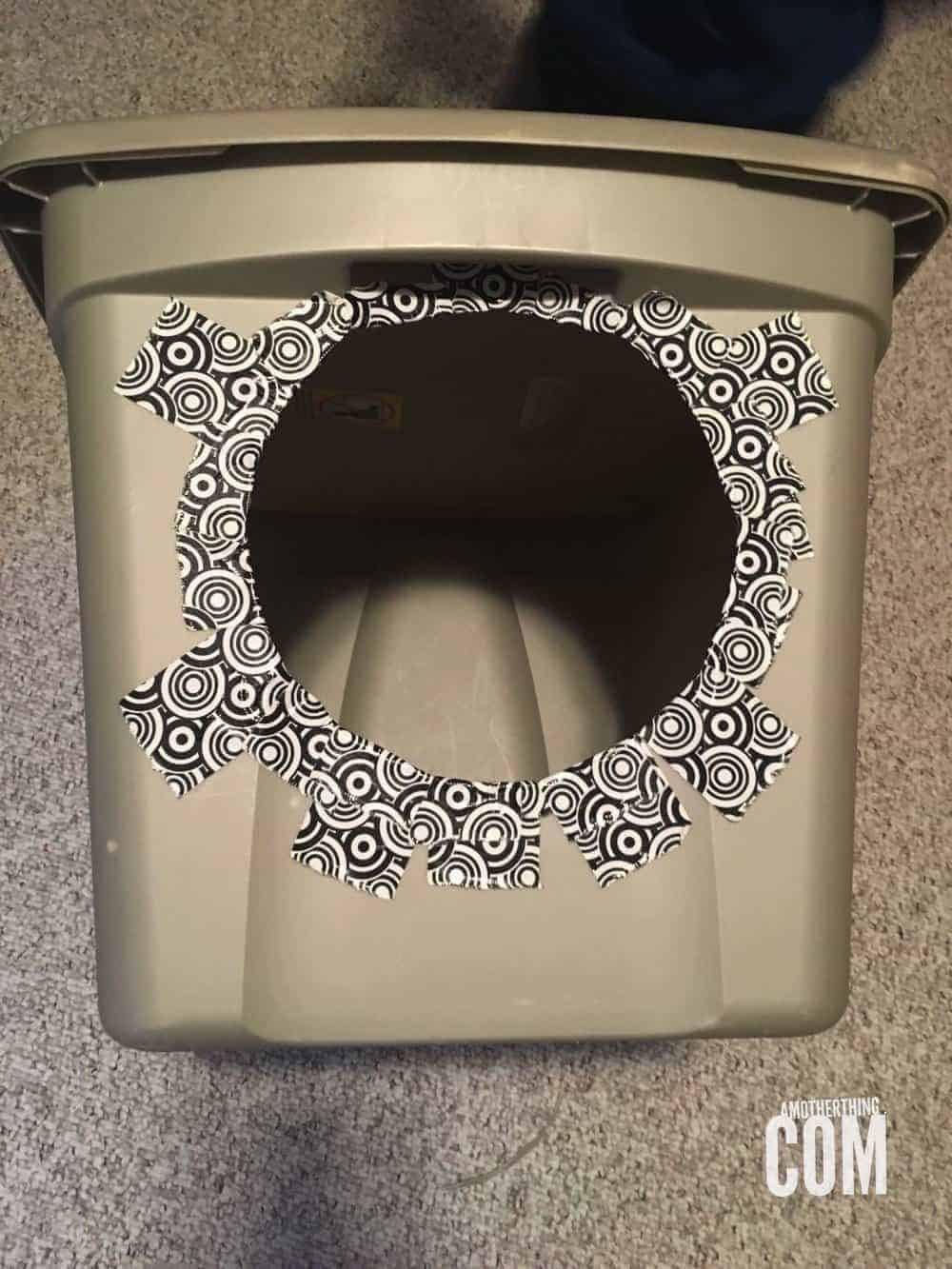 How easy is that!? There’s nothing else you need to do! Just add in your favorite litter, put the lid back on and let the cats do what they do! 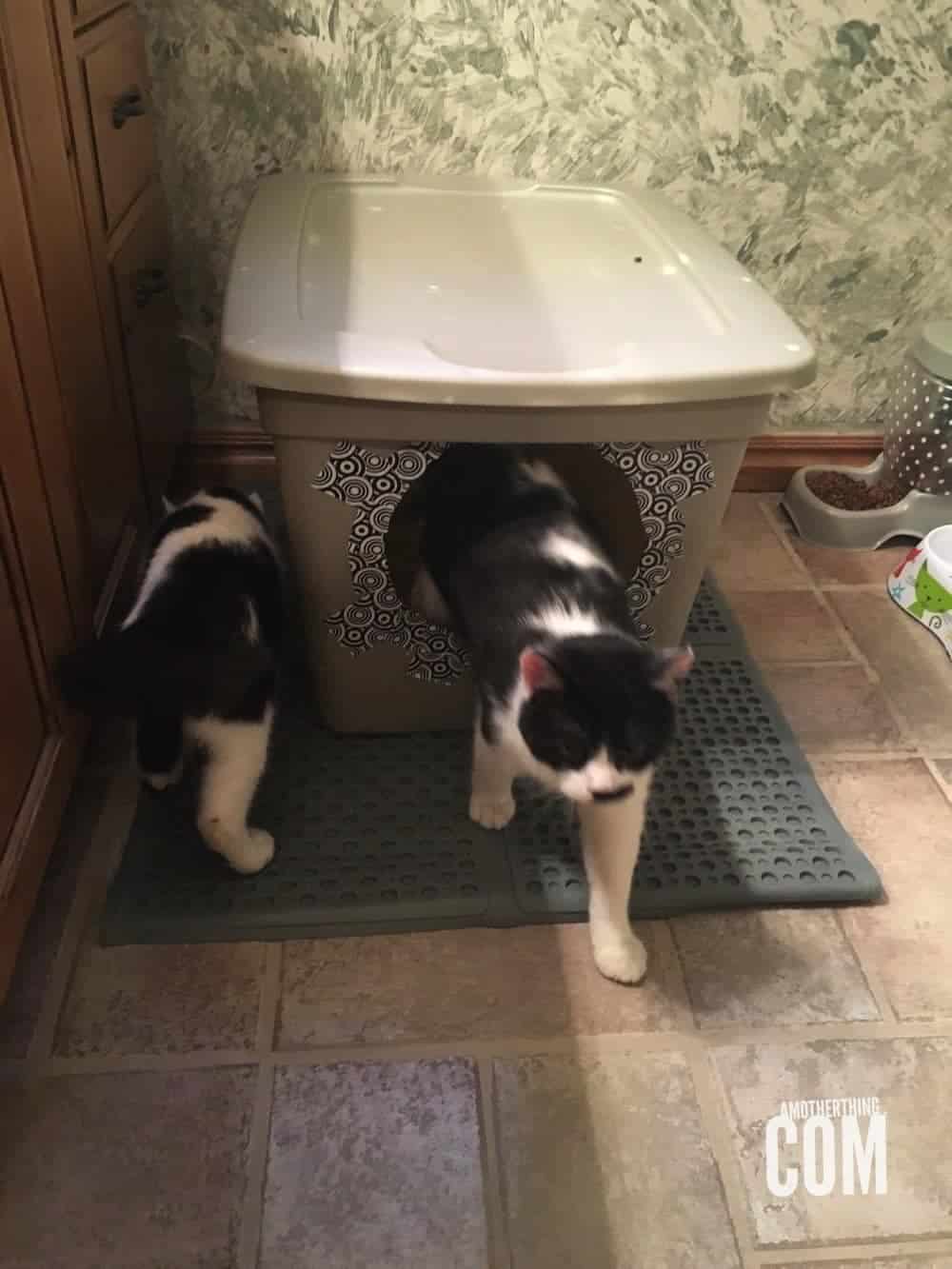 I can’t tell you how much better the smell is now. It’s pretty rank when we remove the lid, but we try and scoop the box once or twice a day, so it never gets too bad. The cats seem to be REALLY happy, and they don’t get litter everywhere anymore! SCORE!

I’m really happy I thought of this fun hack, and if you hadn’t heard it before, I hope it helps you out! It’s a great little project. It takes only five minutes, and it makes a HUGE difference. 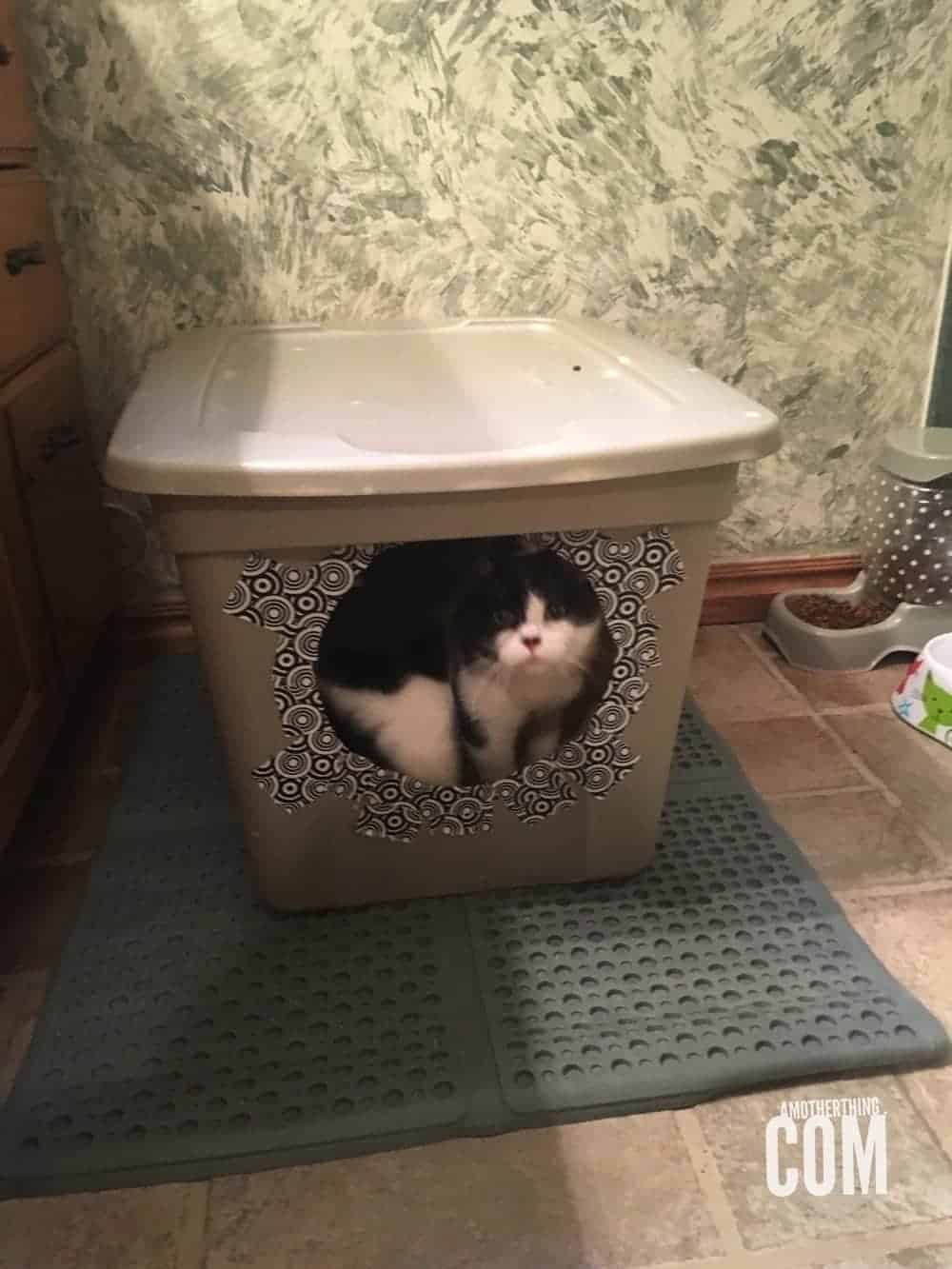 So having seen hundreds of furniture makeovers on Pinterest, I was desperate to try it myself at some point. It inevitably led to what can only be described as a mildly successful experiment. The piece… 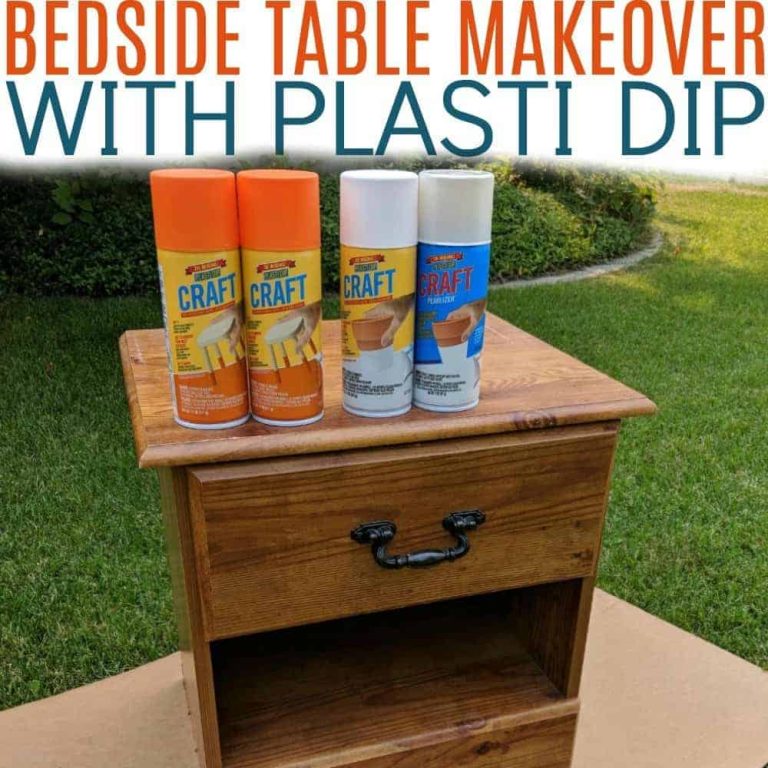 This is a sponsored post written by me on behalf of Plasti Dip. All opinions are 100% mine. We are a total Do-It-Yourself kind of family, so when my son started Kindergarten this year, he… Recently I have been in the process of creating myself a beautiful home office. My tastes are quite eclectic, and I’m not one to be very matchy matchy, but I’m working on it, and I’m… 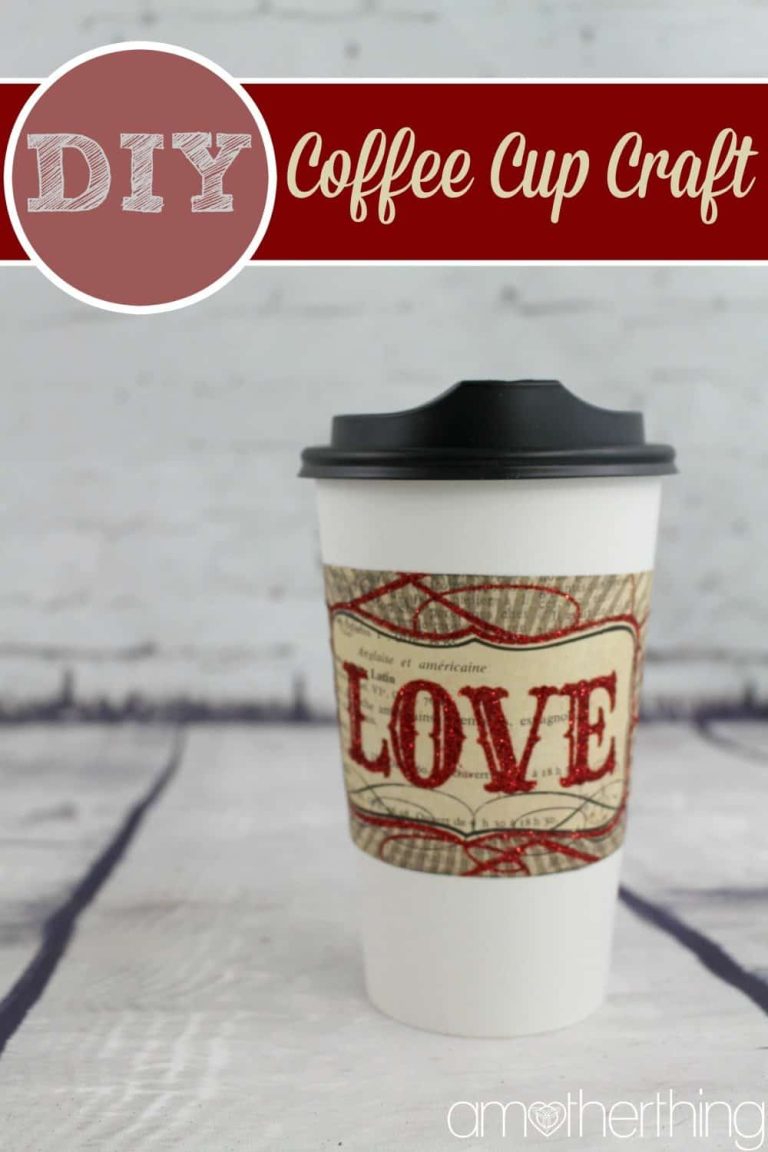 I don’t know about you, but I drink a LOT of coffee. My not-so-secret addiction is Starbucks. It’s been especially bad lately because they’ve just introduced the option to order on your phone and pick… 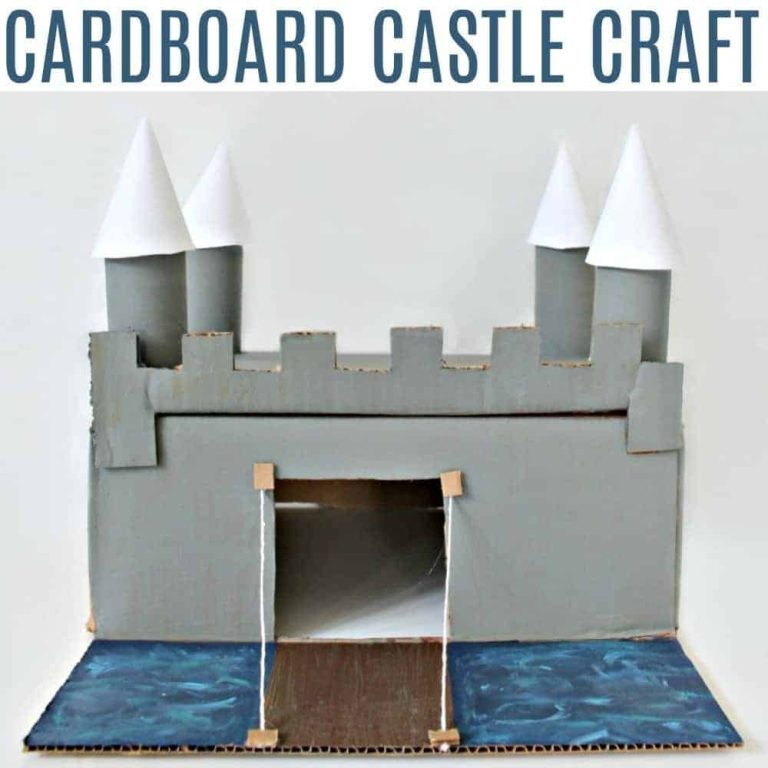 This super simple cardboard castle is so easy to make. It’s perfect for kids, and it makes a great indoor activity for all children!

If you keep up with me on Twitter, you may have seen that last week, I won my very own iPad 3 from the lovely people at Create.  And while I was really thankful for such…