How To Roast a Pumpkin

I’ll be honest and say that I’ve had a love affair with pumpkin for many years… But for some reason, maybe it’s the fact I’m six months pregnant, this year I’ve been in pumpkin OVERLOAD mode. It wouldn’t be such a big deal except that neither my fella nor my son are all that big on this mighty orange fruit.

But when fall is in the air and we’re all feeling a little bit cooler, a little bit snugglier and a little bit more homey, I always get the urge to overindulge. And what is a more seasonal food than pumpkin?

Being that it’s high on my list, I have gone a little crazy. Pumpkin pies, pumpkin cheesecake, pumpkin bites, pumpkin soup, pumpkin cookies, pumpkin milkshakes, and even pumpkin spice lattes! And while most are happy to just grab a can of pie filling (and who can blame them, eh?), I prefer the fresher taste and personal satisfaction I get from roasting up my very own pumpkins.

If you’ve never done it before, let me show you just how easy it really is. If you can wield a knife, use a spoon and turn a dial, you’re pretty much there.

Take a baking pumpkin and cut it in half. Yes, there is a difference between a baking pumpkin and the kind you carve jack-o-lanterns out of. Don’t let the photo fool you. I drew a face on this little guy because they were all out of carving pumpkins, and I had already bought it before I realised I just don’t have the dexterity to carve something so small.

Scoop out all of the seeds (save them for later!) and pumpkin guts and make sure you have a nicely hollowed gourd. 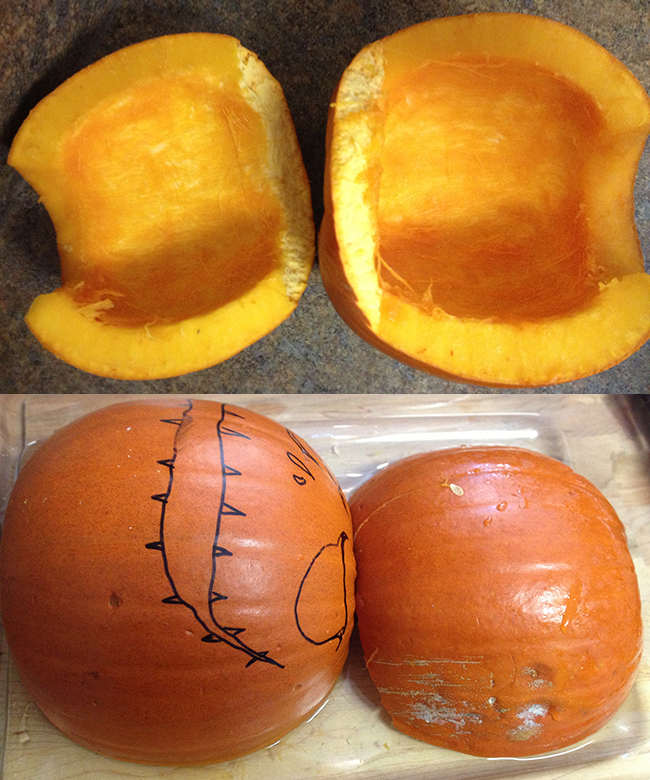 Place the pumpkin in an oven dish and fill it about a quarter inch full of water. Place that bad boy in a 350F oven for about an hour. Go do your nails. Take a bath. Watch your favorite TV show. Don’t worry about the pumpkin; he’ll take care of himself.

Take the pumpkin from the oven and set it aside to cool a bit. It makes it much easier to get the flesh if it’s cool enough to touch. 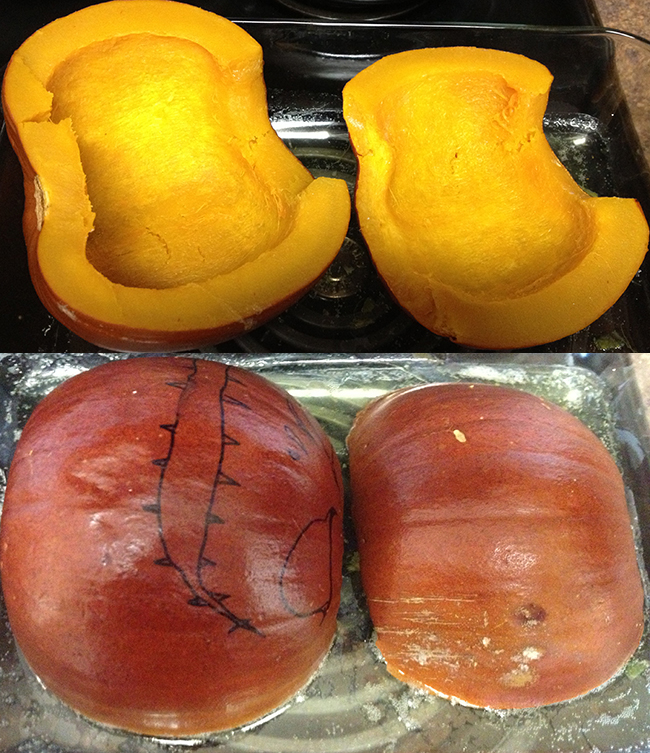 You’ll be able to see the difference in the cooked pumpkin, and if you stick a fork in or poke the skin with your finger, you’ll see just how soft and malleable it now is. Perfect, in other words.

Take a spoon and scoop out all of the lovely yellow flesh into a bowl. You’ll just be left with a leathery looking pumpkin skin. Since mine had a face, I debated about wearing it as a Halloween mask, but I thought better of it. 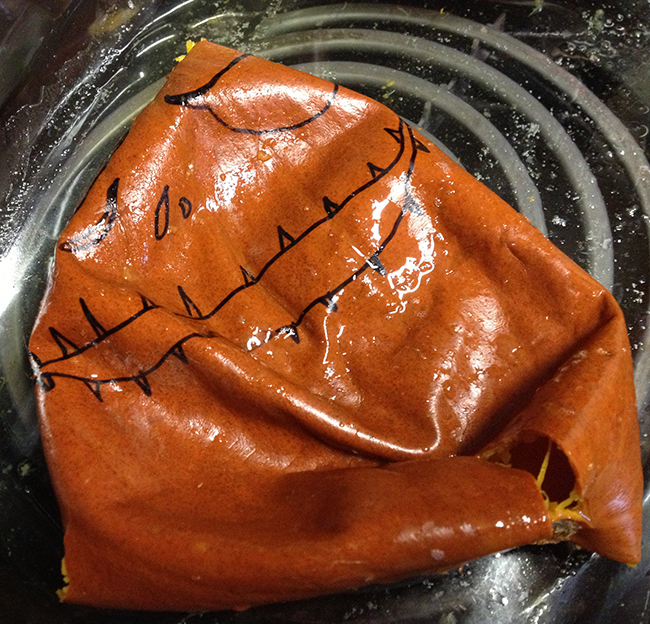 Discard the skin and find a good recipe for all that delicious pumpkin. It won’t take long for you to become a true believer in the powers of FRESH pumpkin. 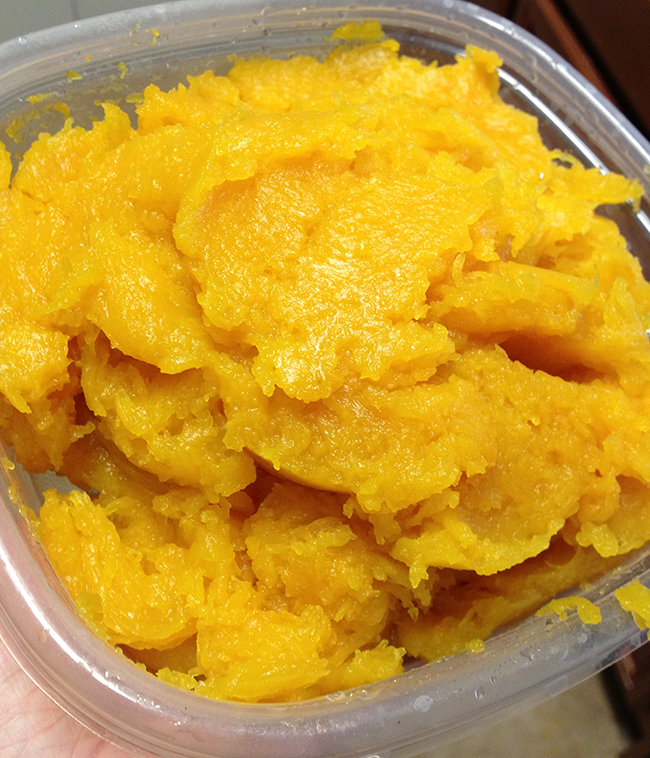 Stay tuned for some great pumpkin recipes over the next few days. That’s if my boys don’t overthrow my culinary rule and kick me out of the kitchen for overdosing on pumpkin!