I did it! I really really did it! I ran another 5K! After the Color Me Rad event six weeks ago, my friend Candace talked me into signing up for another race. I’ve said before, and I’ll say again – I am NOT a runner. Like… at all! But my brother in law, Jon, was running it, too, so I figured why not. Liberty Park is just a couple blocks from my house, so I figured it was worth it.

And since I knew I wasn’t going to be winning any awards for running times, I set my heart on winning the costume contest! I went and bought myself a rainbow tutu and a unicorn headband, and you better believe I wore it during my race. Candace got wind of my plans and bought her own tutu, and we entered the costume contest together. 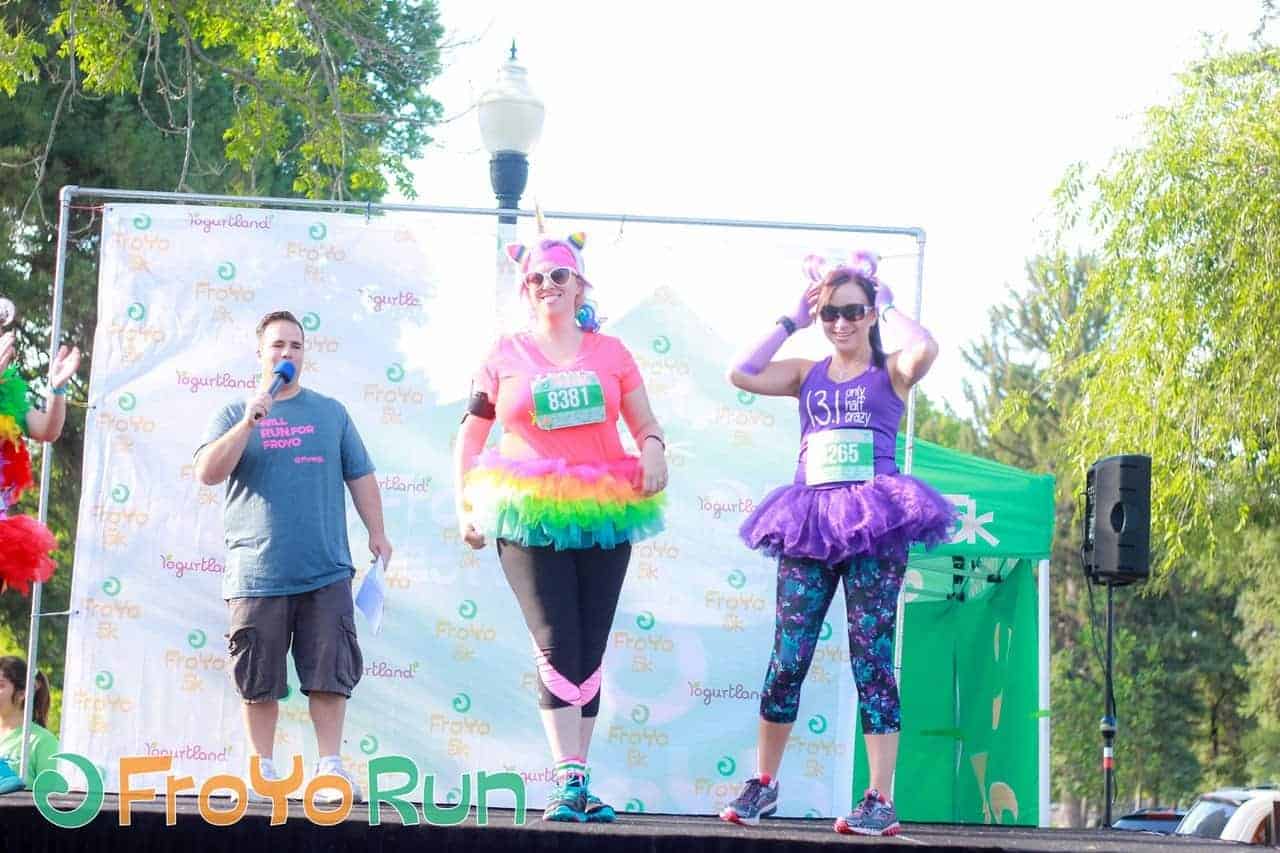 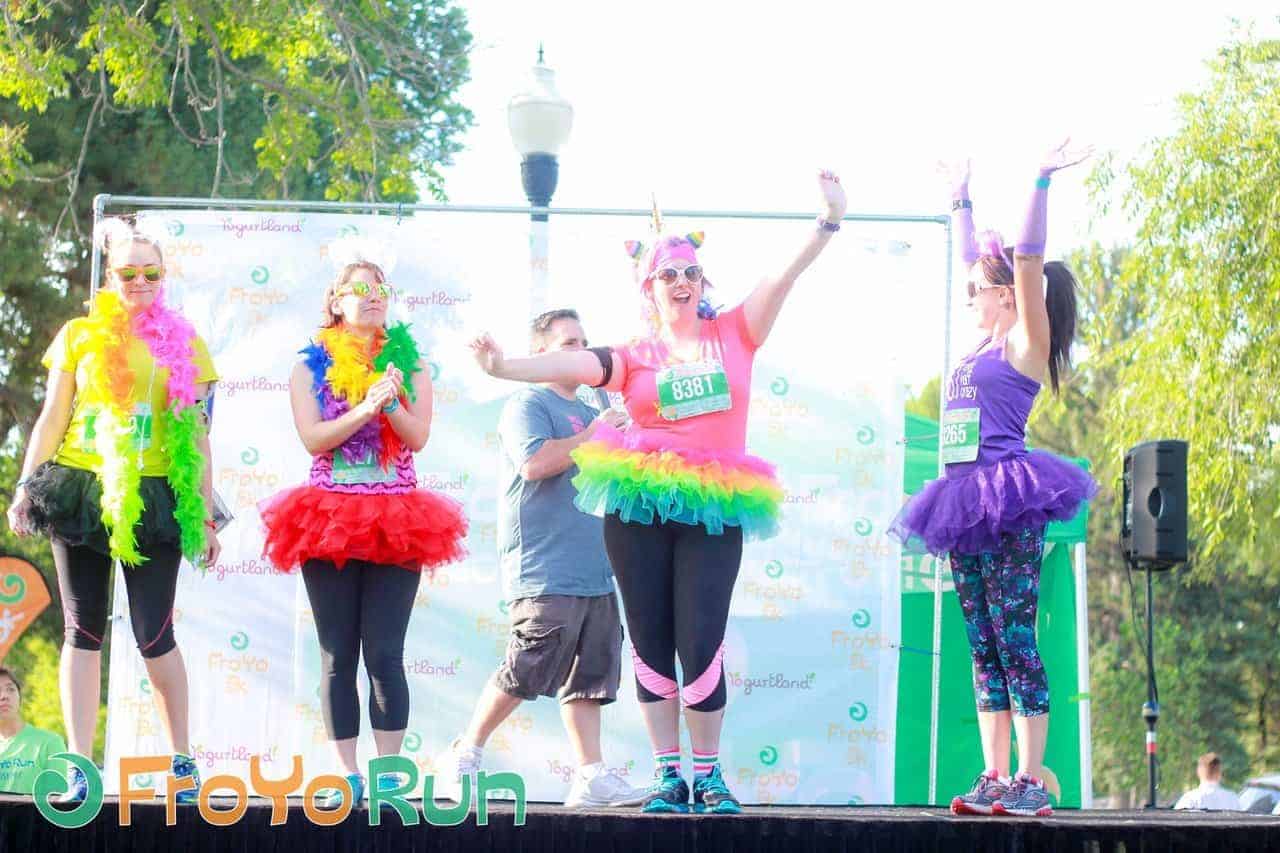 Of course, when it came down to it, there were MANY ladies with the same idea, so we were really competing for best tutu by the end. But guess what? My unicorn headband put me over the edge, and I WON! Yep, I stood on stage in front of hundreds of people shouting and clapping for me, and I was declared WINNER! I got a free t-shirt, which was pretty cool. 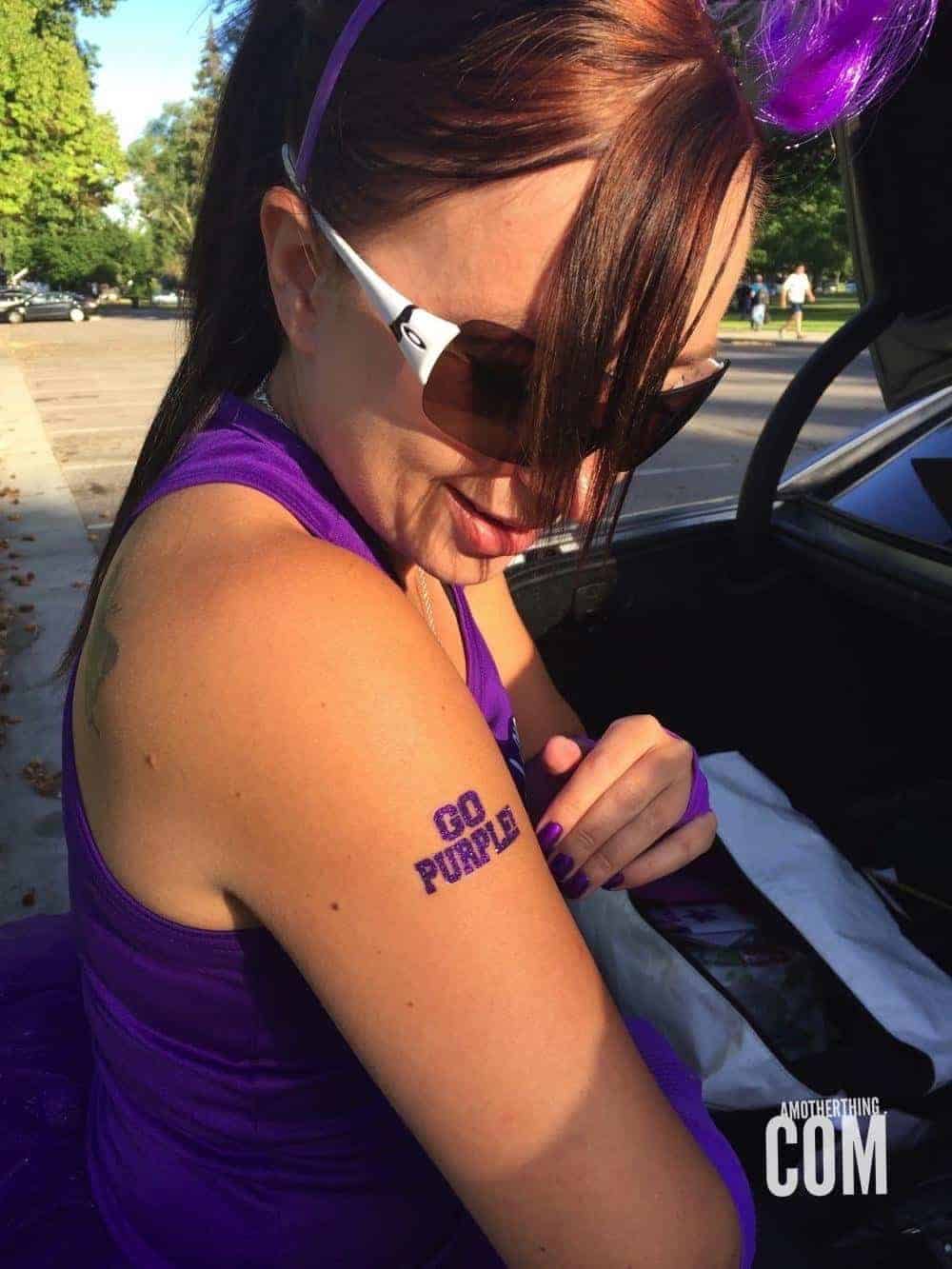 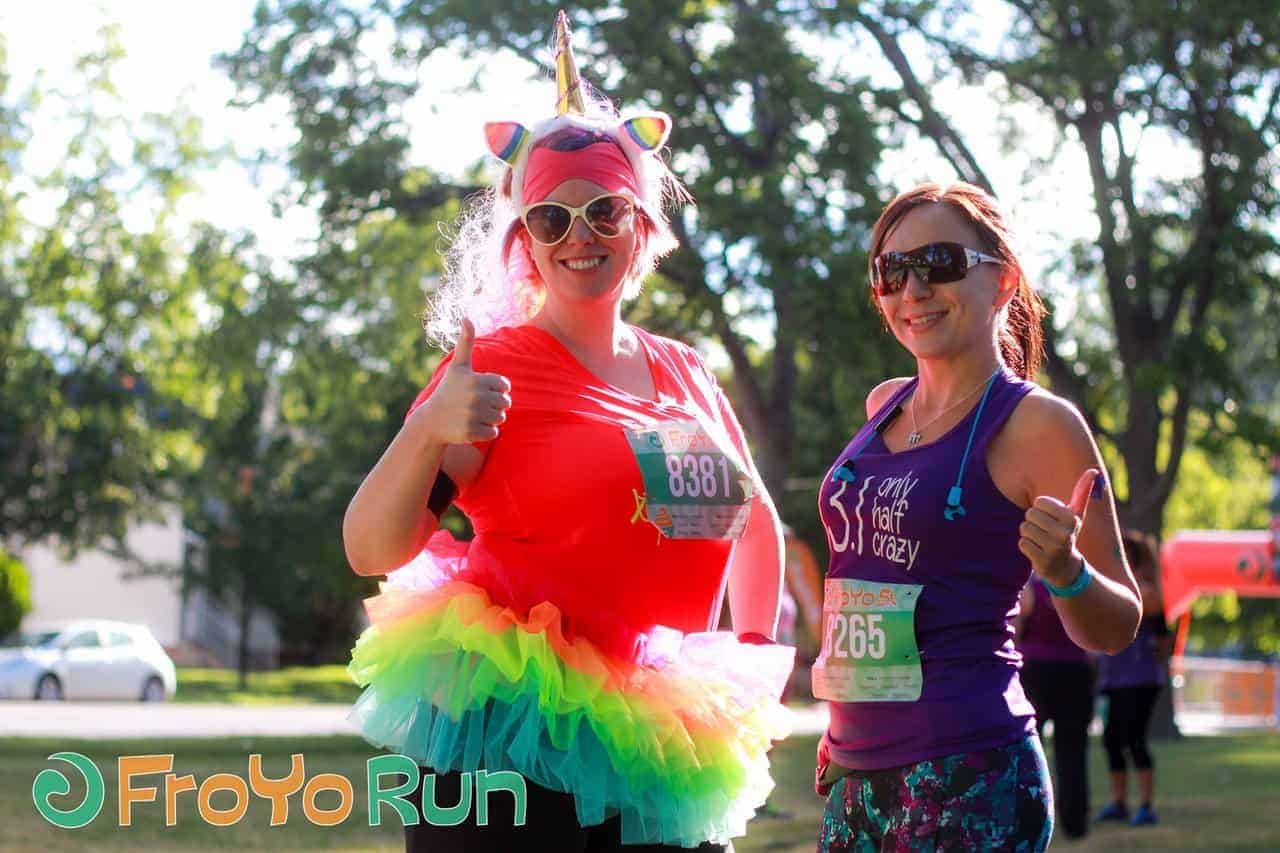 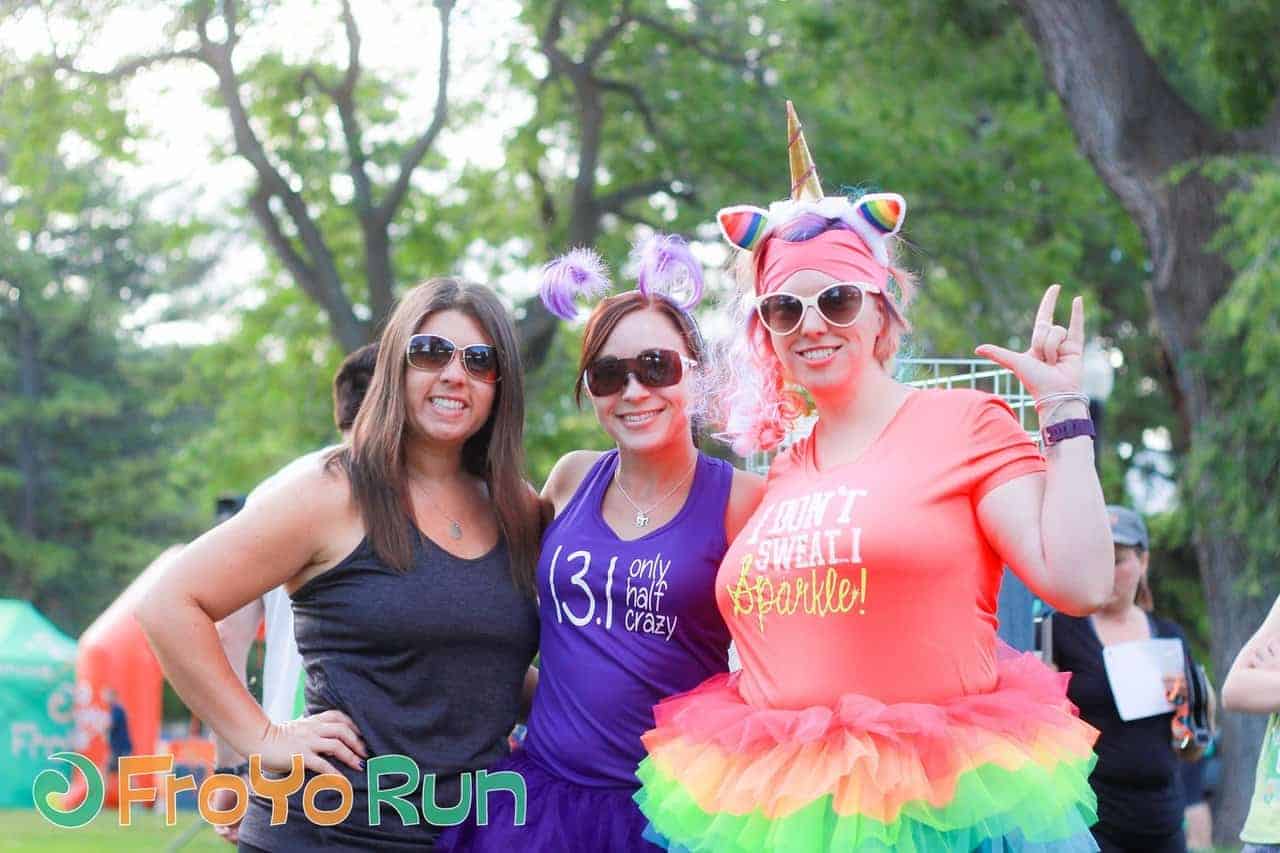 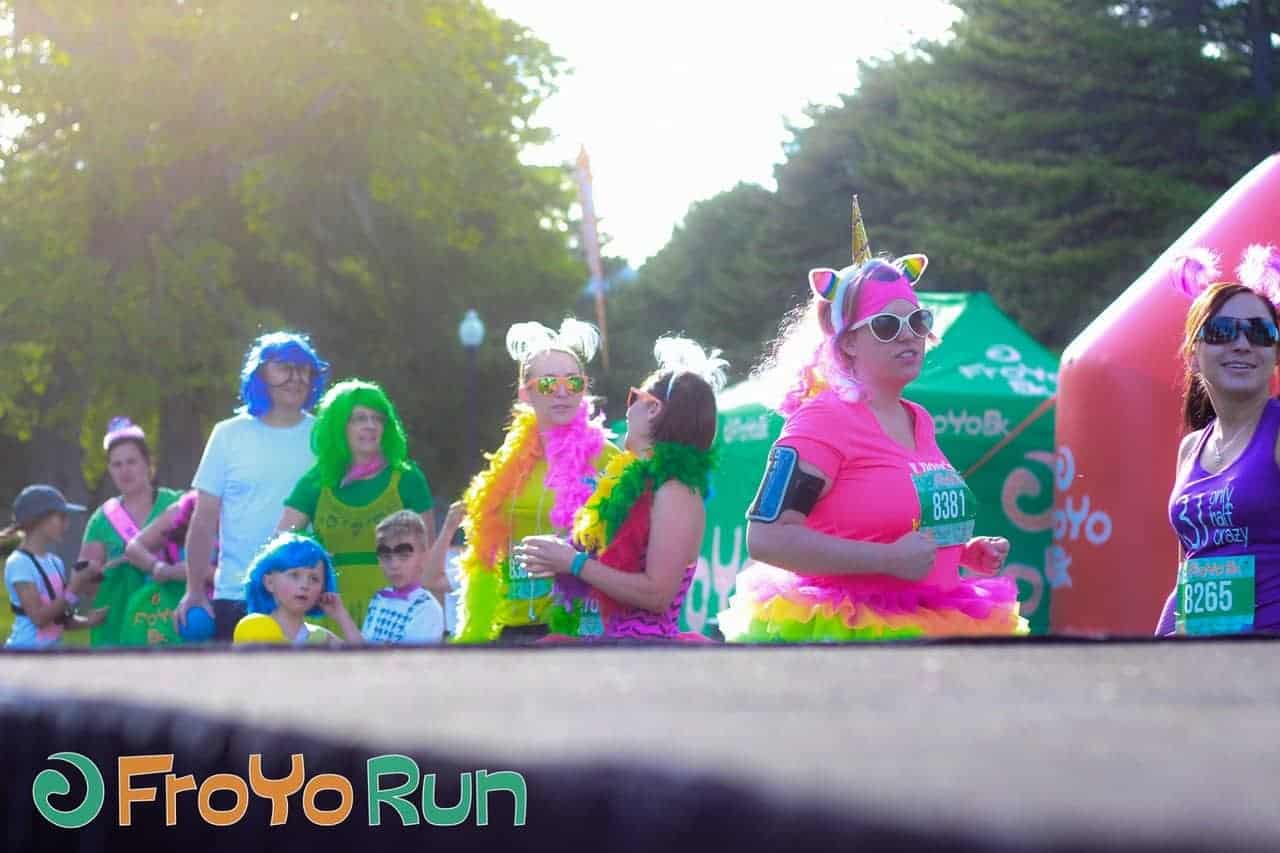 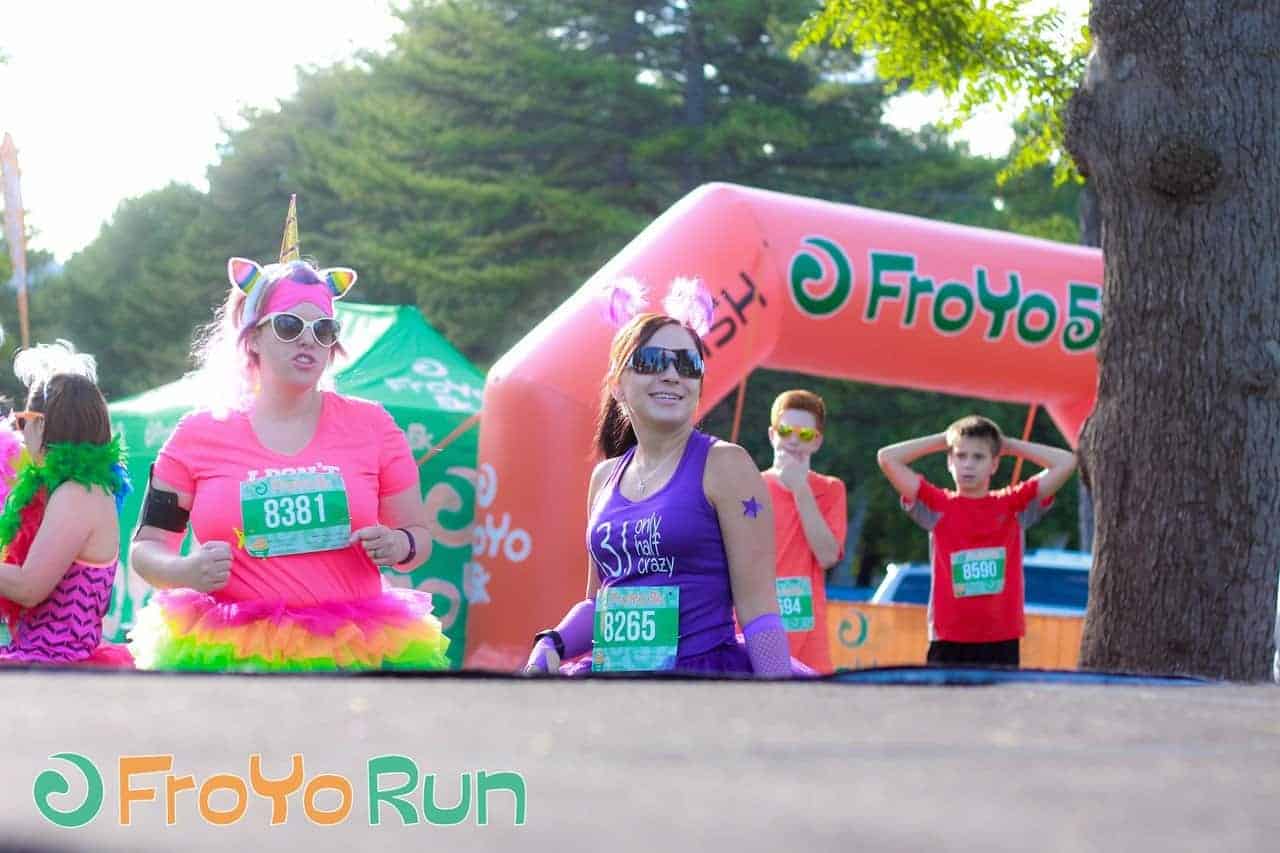 Finally it was time to get ready for the race. We did some group calisthenics to warm up, and then we headed for the starting lines. Candace, being super fit and awesome was raring to go, while Jon and I kind of held back. We got a quick selfie before the race when we were still sweat-free and excited. That would soon change. 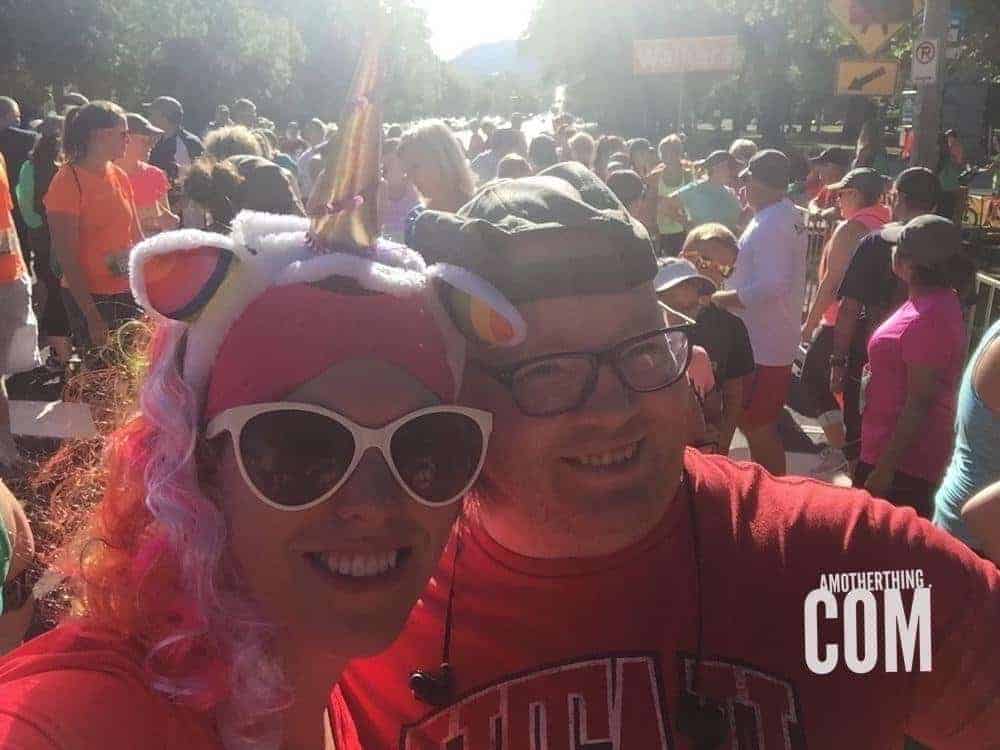 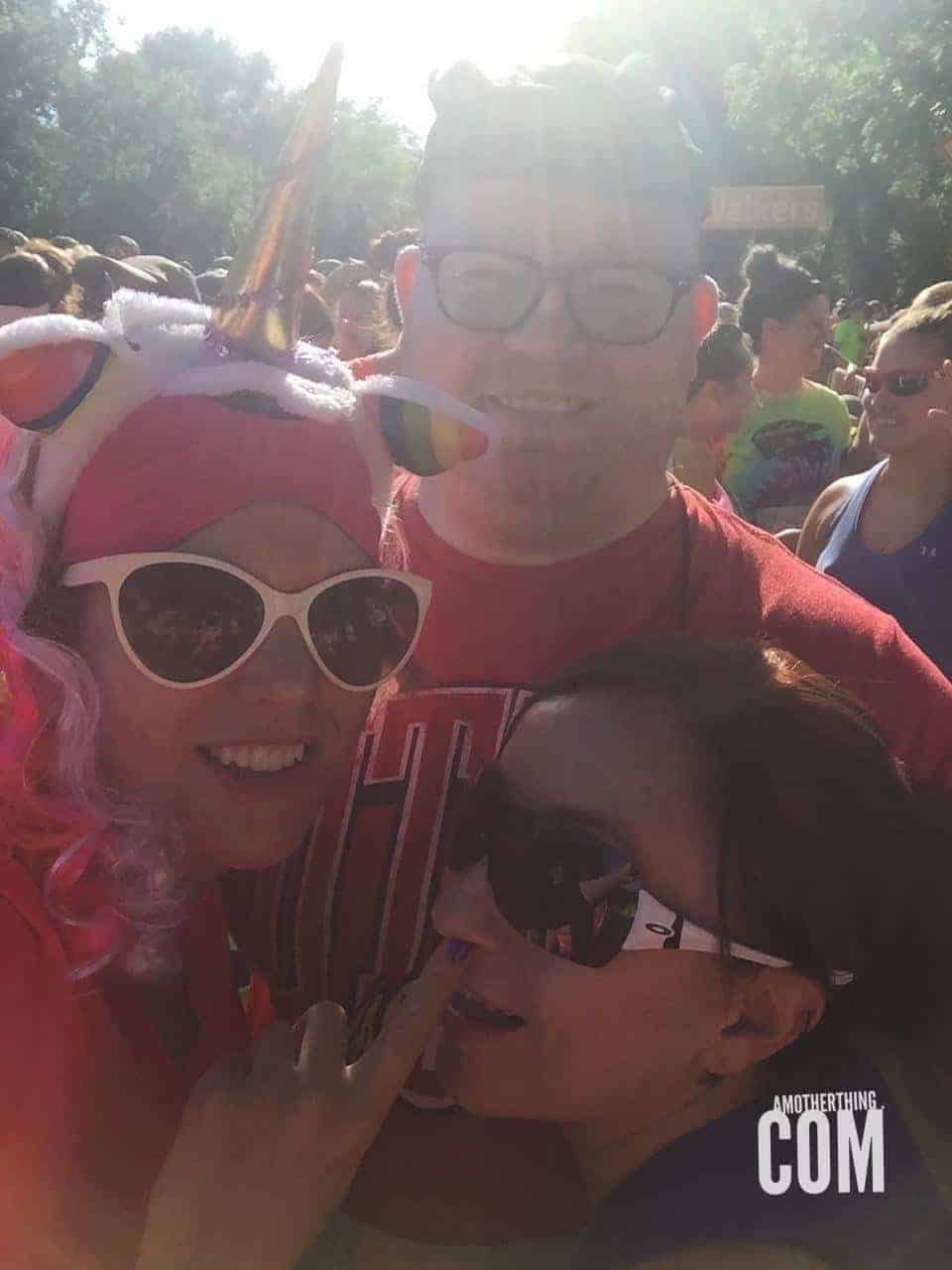 Finally it was time to go. We went in waves, with faster runners starting first. That meant Candace was off way before we were. I started with a light jog, which lasted all of three minutes before I couldn’t breathe and slowed to a walk. Every time I caught my breath, I’d jog again, and then I’d inevitably start to feel like I was dying and slow down. Fun! 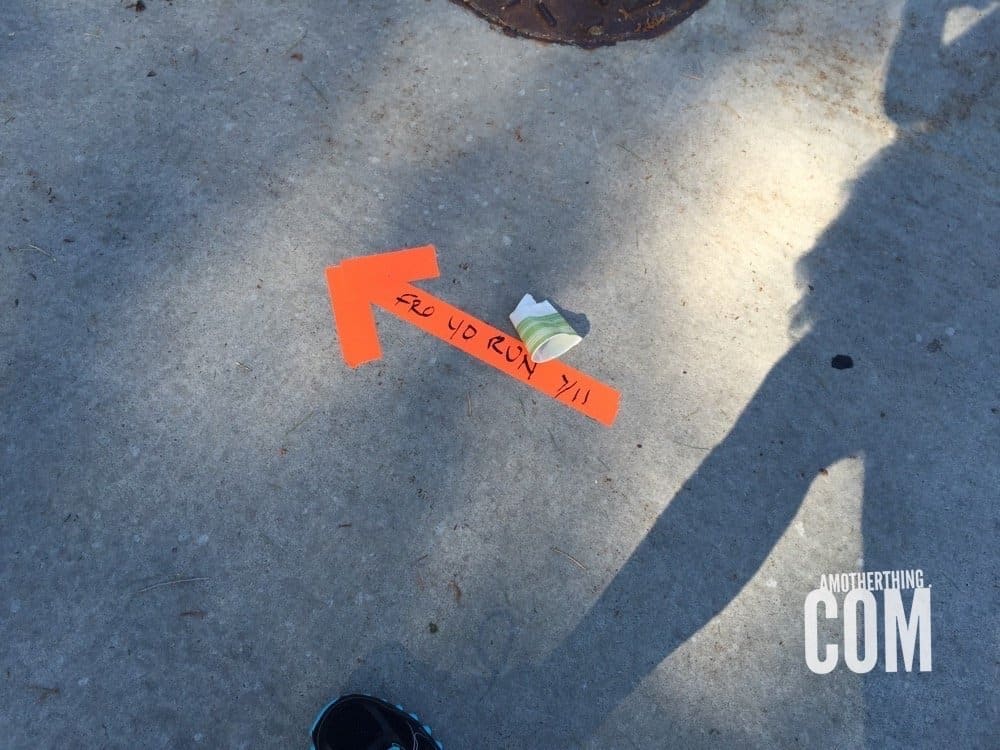 I kept my camera with me the whole time, taking photos and videos as I went, though I kept dropping it, which was annoying. I also got stopped by about seven different children who wanted their photos taken with me. The perils of being a unicorn, I guess. I also got tons of honks from passing cars and lots of cheers from people in the park. A fat chick dressed as a neon unicorn definitely gets some attention!

After two laps around the park, I was dripping in sweat and feeling like I was going to die. I was about a quarter mile from the finish when I spied Candace jumping up and down and cheering for me. She’d finished the race and come back to watch for me and Jon. She kept yelling for me to run, which I’d do for a moment and then my body would give in, and I’d walk. She pushed me to push myself, which was equal parts awesome and annoying. But finally I made it to the finish line. 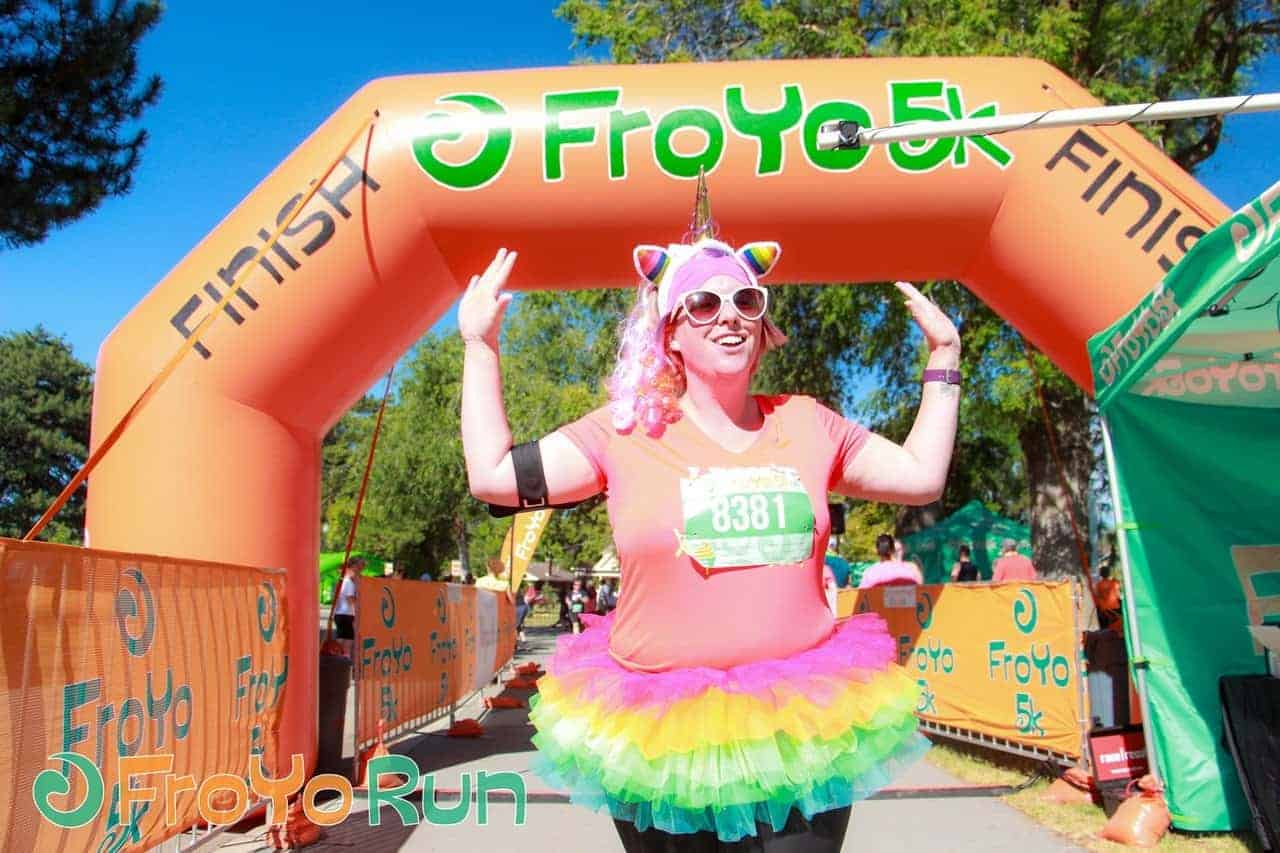 When I got there, I immediately saw and heard my boys yelling for me. Mark had shown up with Dex, Dan and Chester to watch me finish my race. That meant the world to me, you’d better believe.

Jon finished shortly after me, and we all got our medals and our free Fro Yo. Of course, I gave my frozen yogurt to the kids, and then we got a few pics. 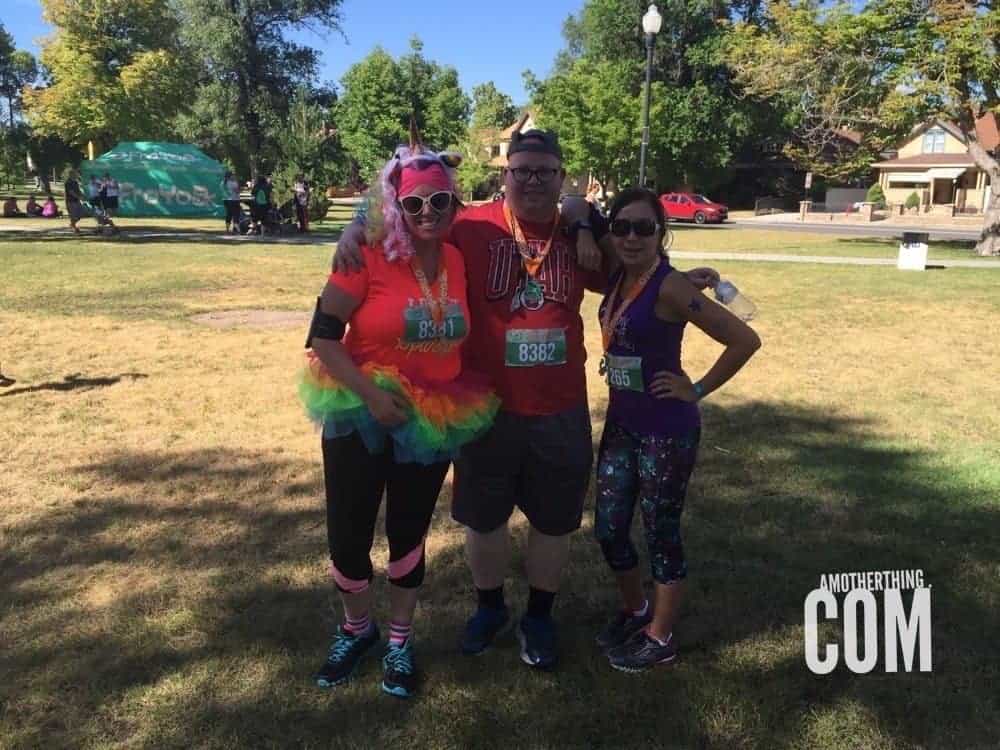 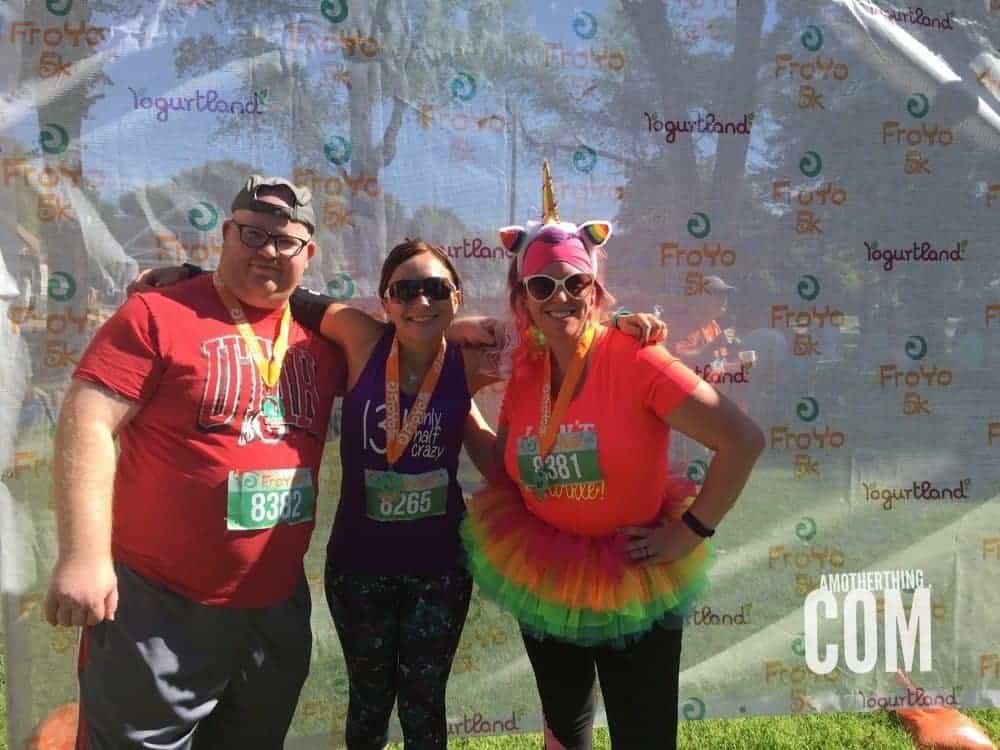 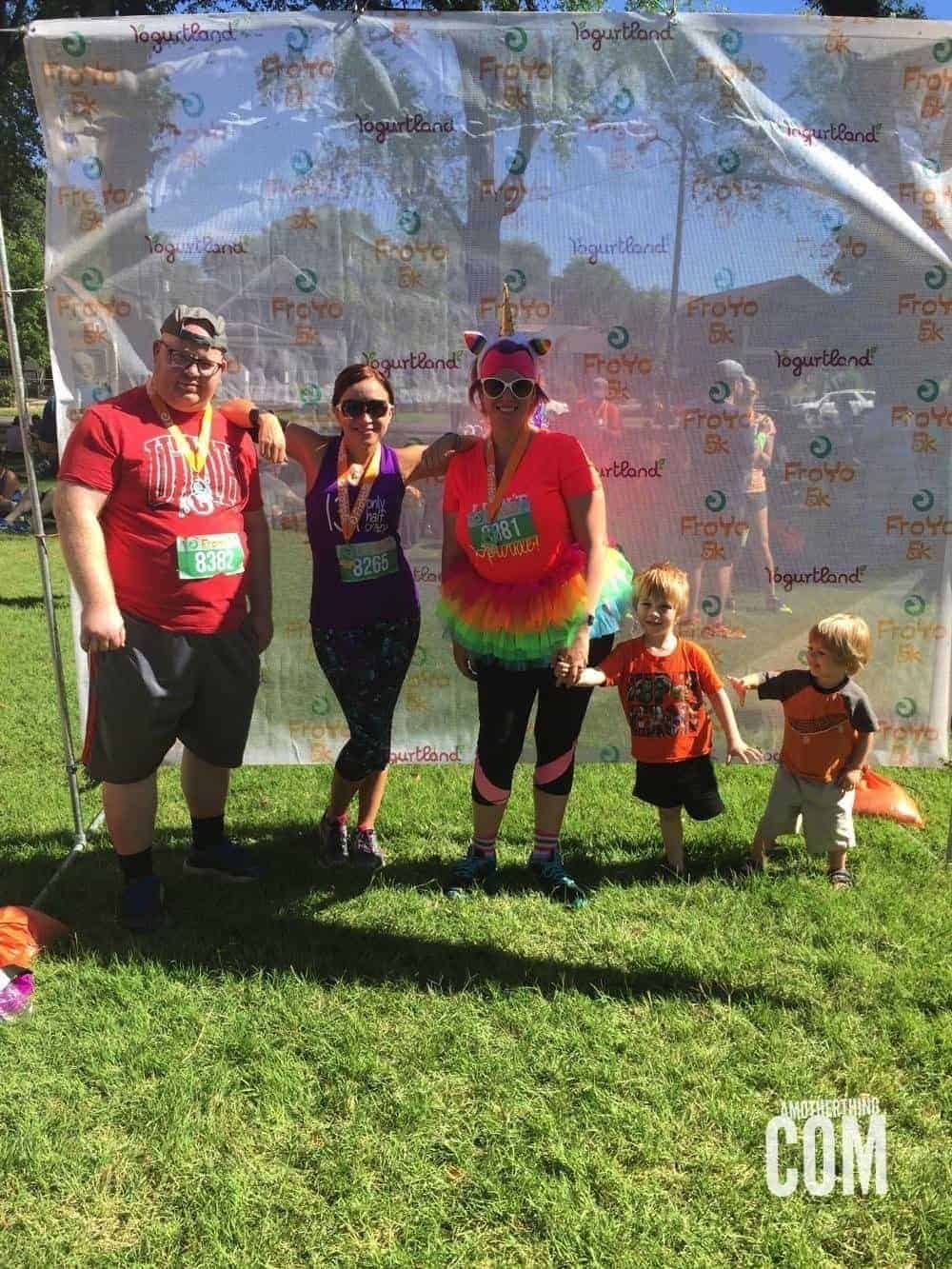 Though I am not a great runner and was stopped several times, I’m still happy to say that I had a personal best. Not that my personal best is any good, but still…

Finally we all said our goodbyes, and I headed home for a much needed rest and relaxation. The rest of the day was spent with Dexter and Daniel stealing my tutu and unicorn headband to put on little skits. It was awesome. 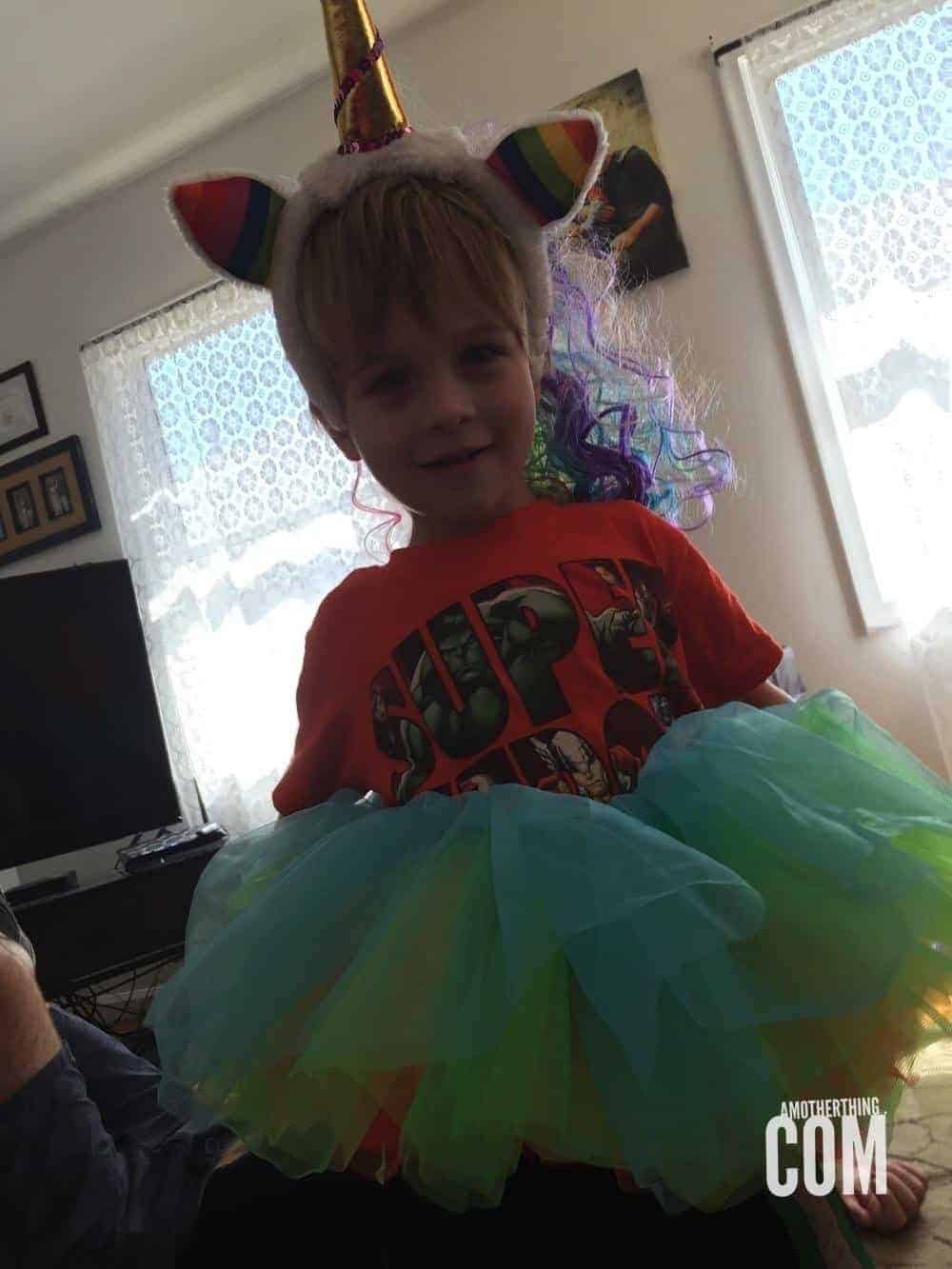 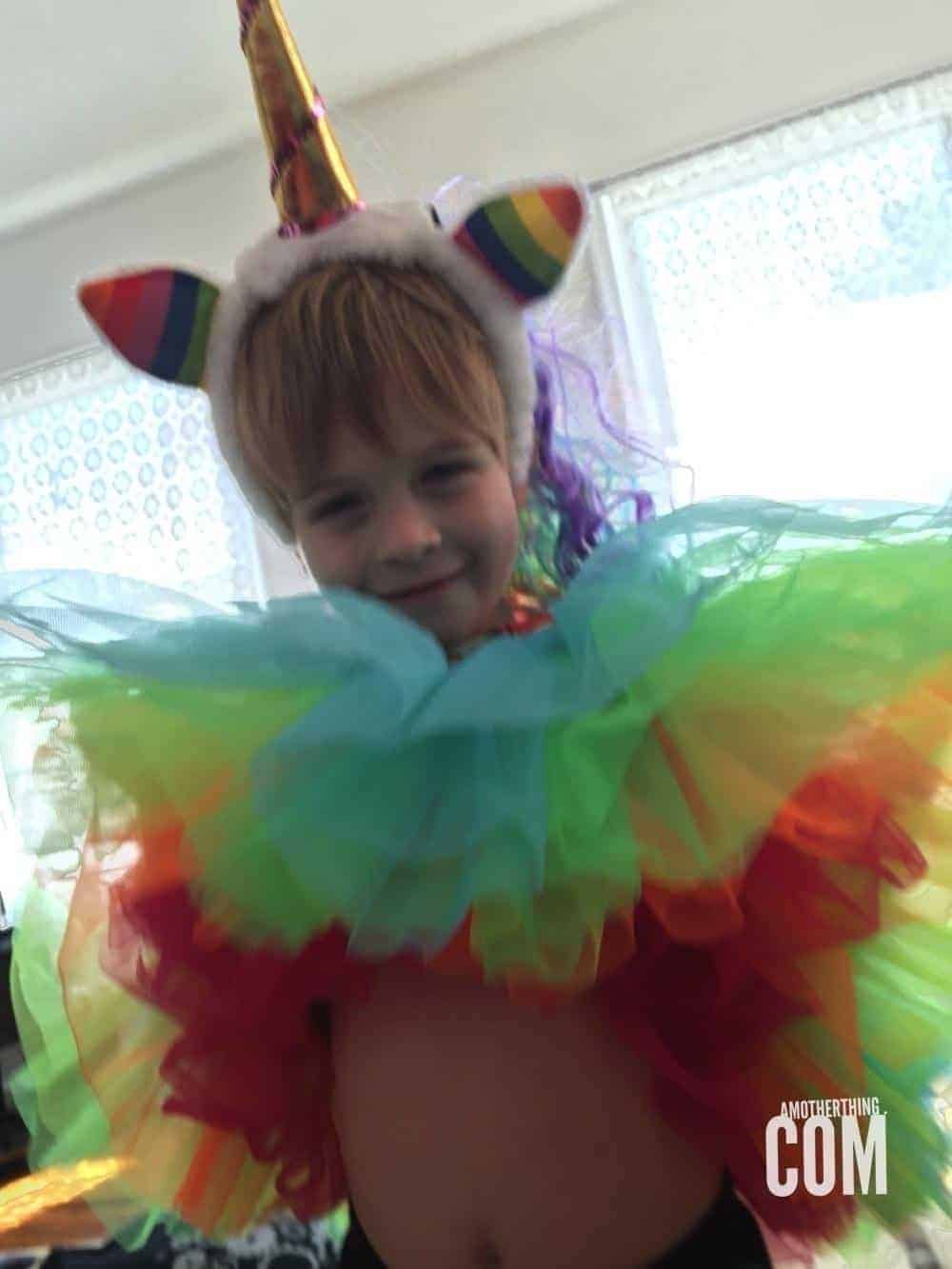 Four Things to Look for When Buying Your...

A Drive Up Through the Alpine Loop Scenic...

You CAN Go Home Again – Turning an...

Top Tips for Packing Your Small Suitcase for...