IMDB’s Top 10 Films (If They Were Written By Moms)

I got to thinking recently about how little time I have these days to actually sit and watch a movie. It’s even more difficult to sit and ENJOY a movie. The last film I took the boys to see at the theater was Beauty and the Beast, which was AMAZING, but the fact that I had to get up to take the four year old to the restroom TWICE and then had to combat his incessant whining about the movie being “boring” (SACRILEGE!) made it a little less than enjoyable.

I mean, moms are on call 24/7 when it comes to our kids. We are always on the go, trying to get them to appointments on time, picking them up from parties, cleaning their rooms and trying to force them to be good people whether they like it or not! But once in a while, it would be nice to sit back and watch a classic film without worrying what’s happening in the background.

Of course, it would be a lot easier to make time for a little movie-watching if the films were more relatable to our everyday struggles. Remember when Bad Moms came out? Yah… more of that please!

In the meantime, I thought I’d take a look at the IMDB Top Rated Films and see if I couldn’t make them more mom-friendly. Because… seriously? Representation matters. 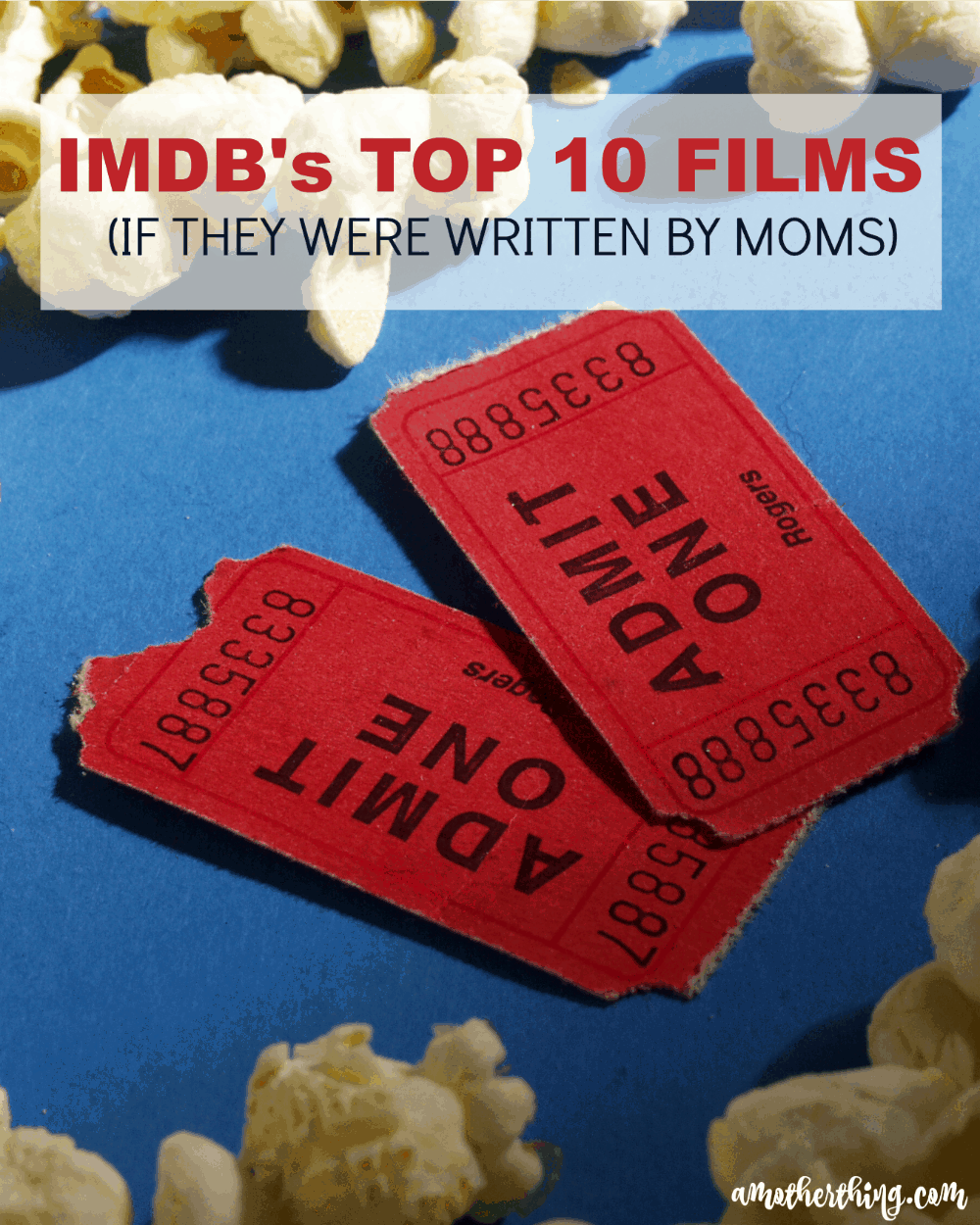 The Mom Bank Redemption – Follows the story of a mother who spends 20 years paying for her kids’ every need before finally finding sanctuary on a girls’ trip to Mexico. 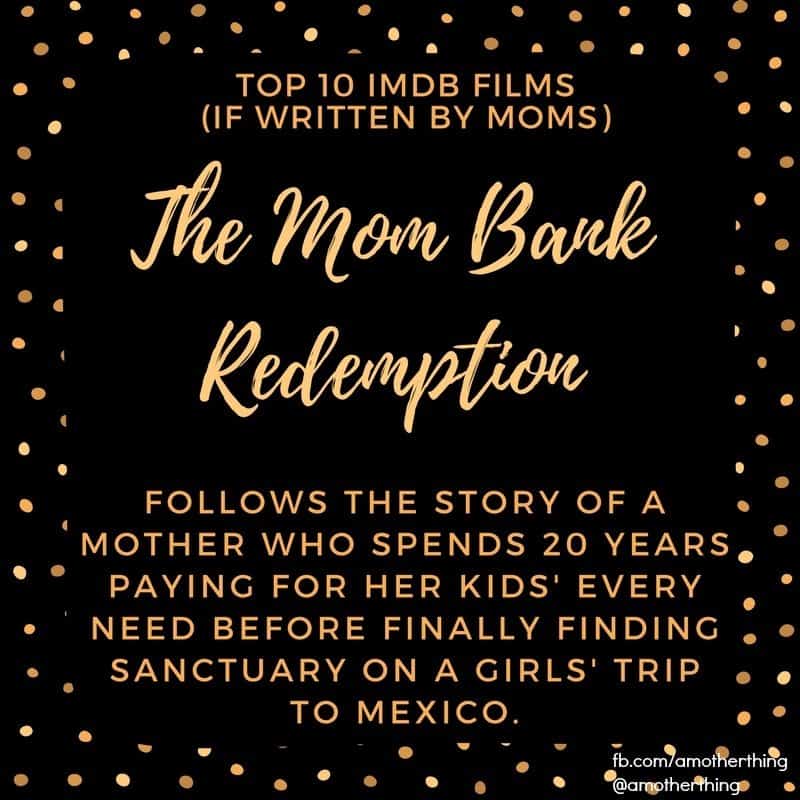 The Godmother – A tired matriarch of a large family decides she’s had enough and gives control of the weekly shopping and cooking to her reluctant son. 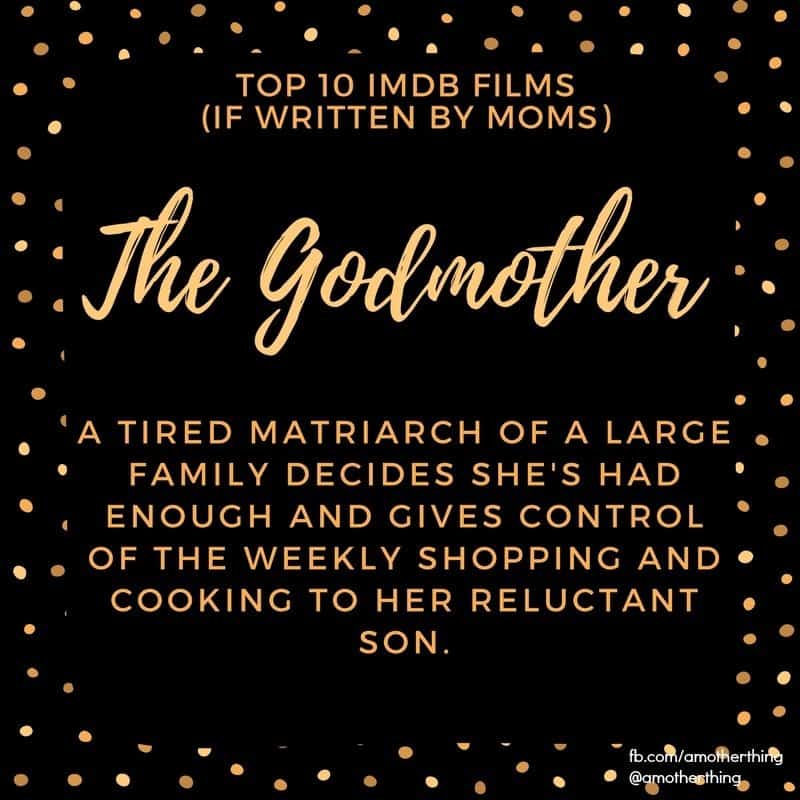 The Godmother: Part II – The formerly reluctant son has now become a famous chef known the world over for his cooking prowess. He fails to thank his mother for her help in getting him there, so she takes her revenge by sharing his baby photos on facebook. 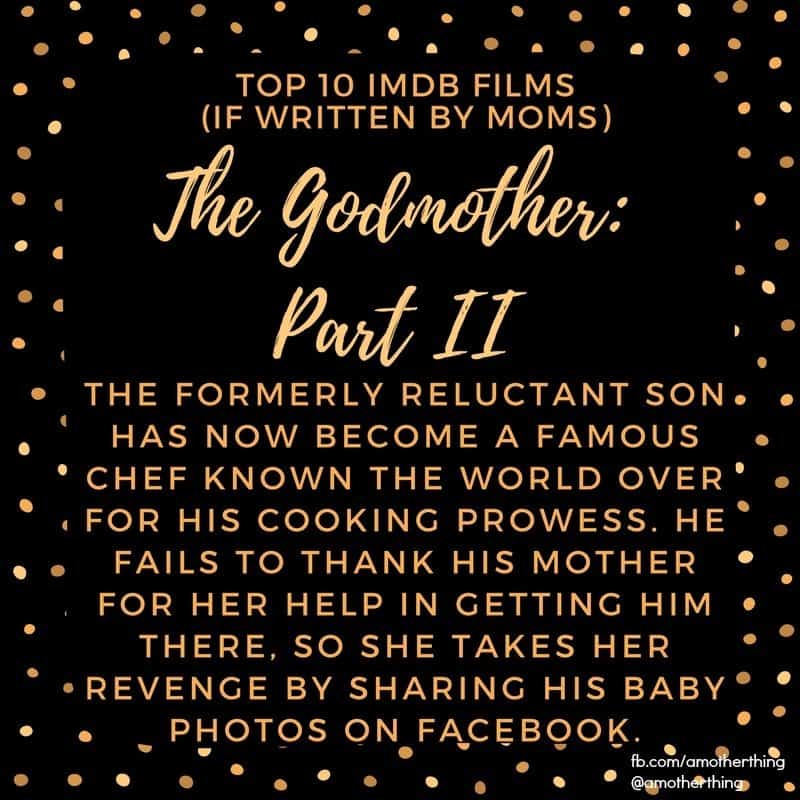 The Dark Night – A terrifying documentary about a mother’s first night alone with her new baby. 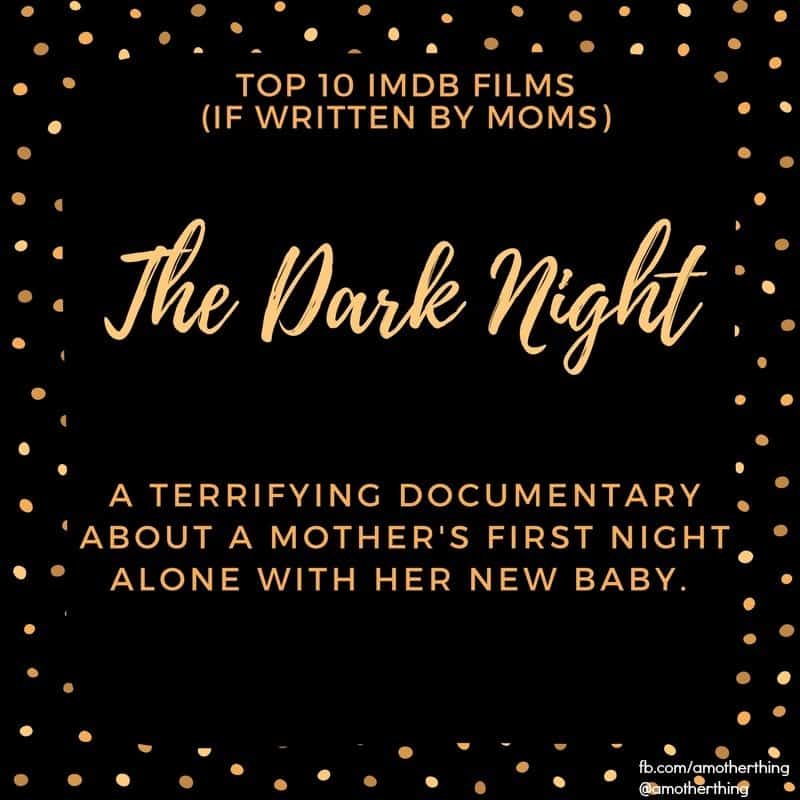 12 Angry Moms – A children’s play group is rocked by scandal when one mom shows up wearing full makeup and flat-ironed hair. She stands up to the group to try and change their minds about the unspoken rules requiring yoga pants and mom buns. 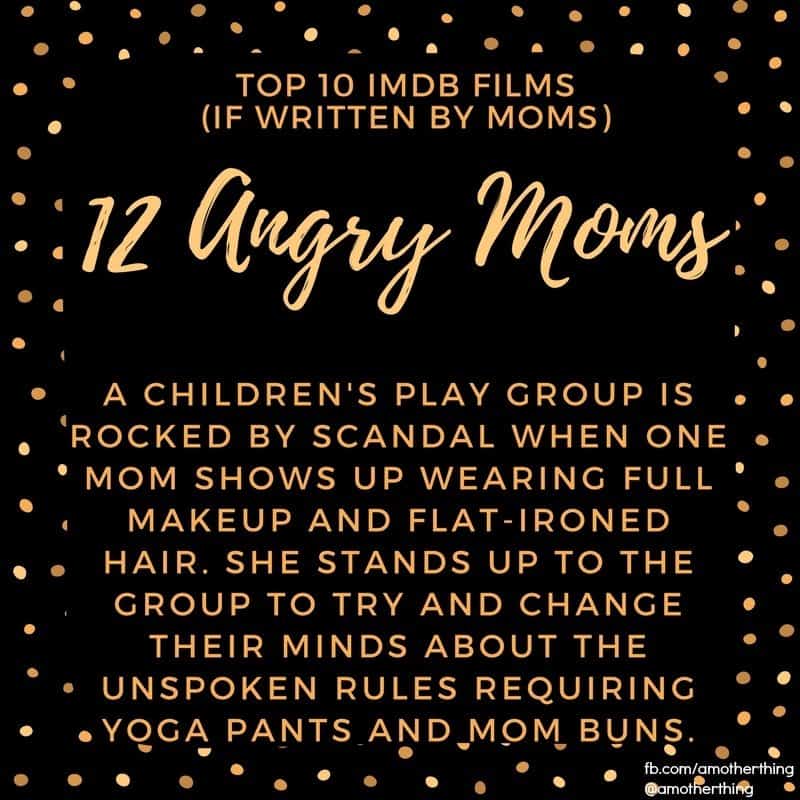 Mrs Schindler’s List – A neighborhood mom takes it upon herself to offer the kids on her street a safe place to play after school. 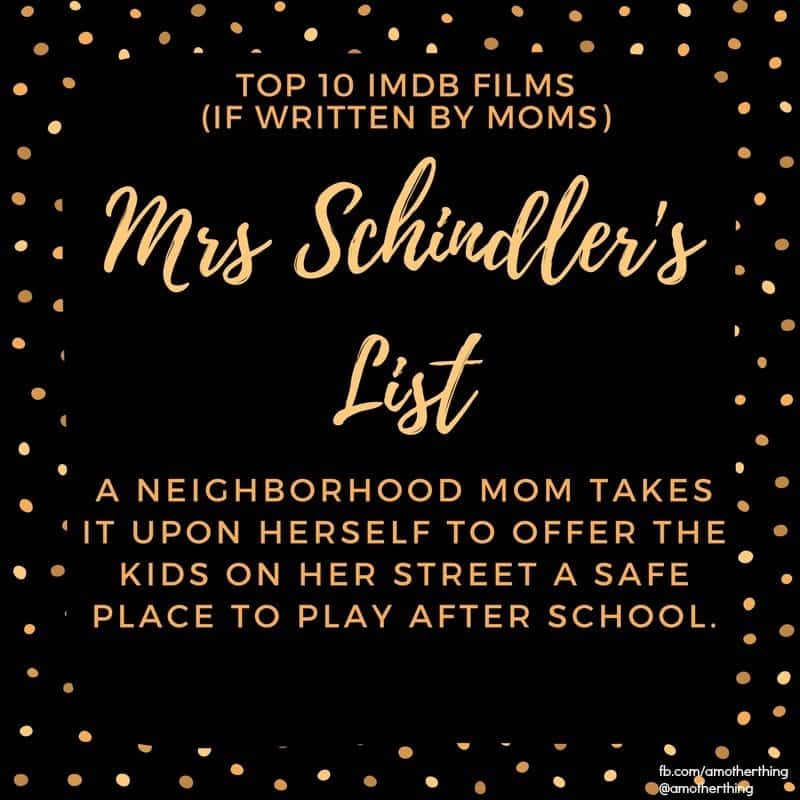 Pulp Friction – An incensed toddler loses his mind when his orange juice has lumpy bits in it. 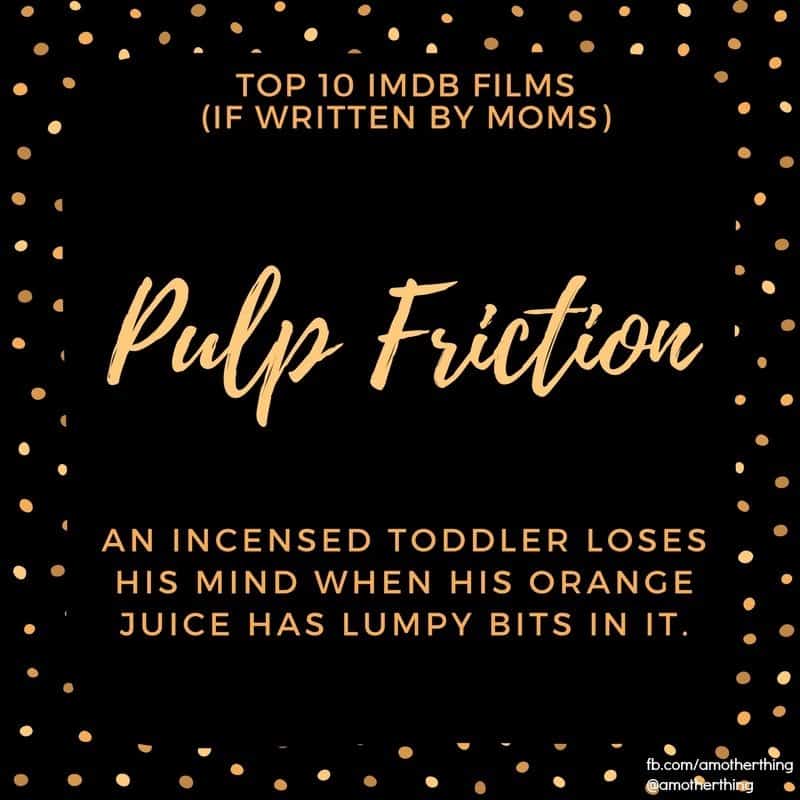 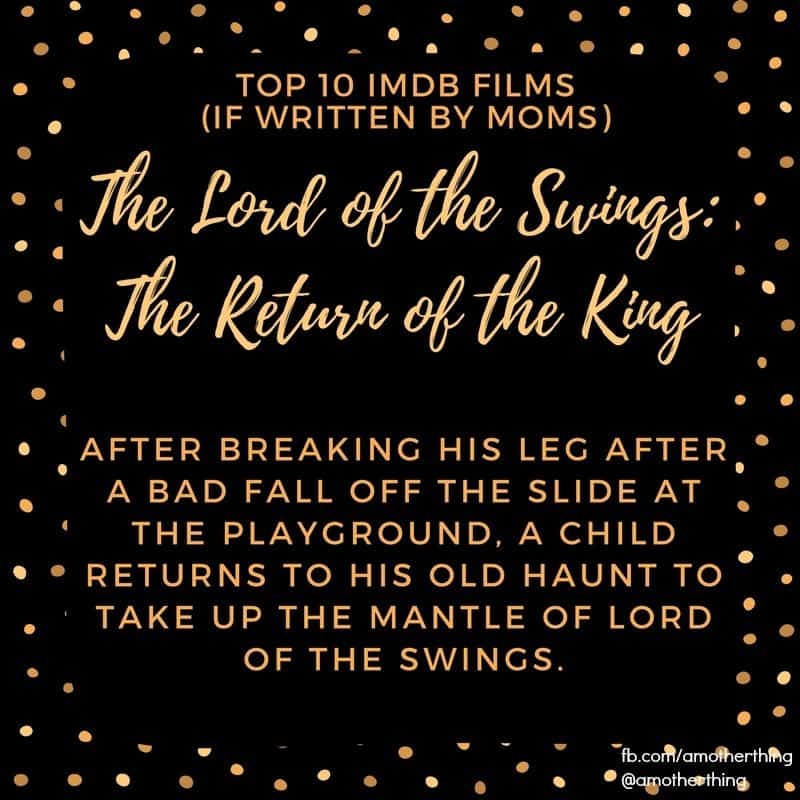 The Good, the Bad and the Ugly – A true life history of parenting, as told by mothers. 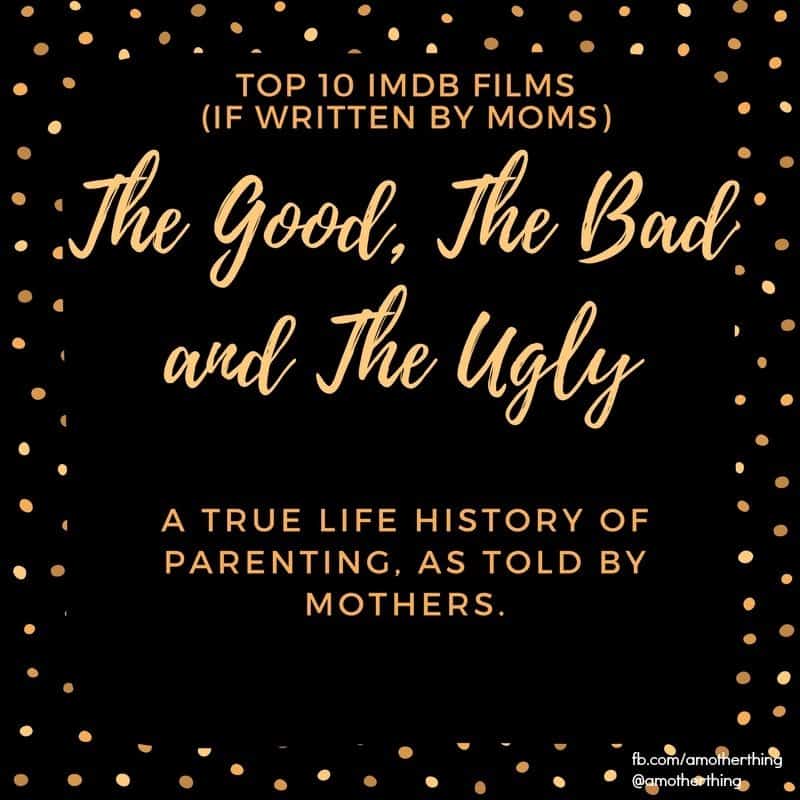 Fight Club – A candid look at sibling rivalry through the years. 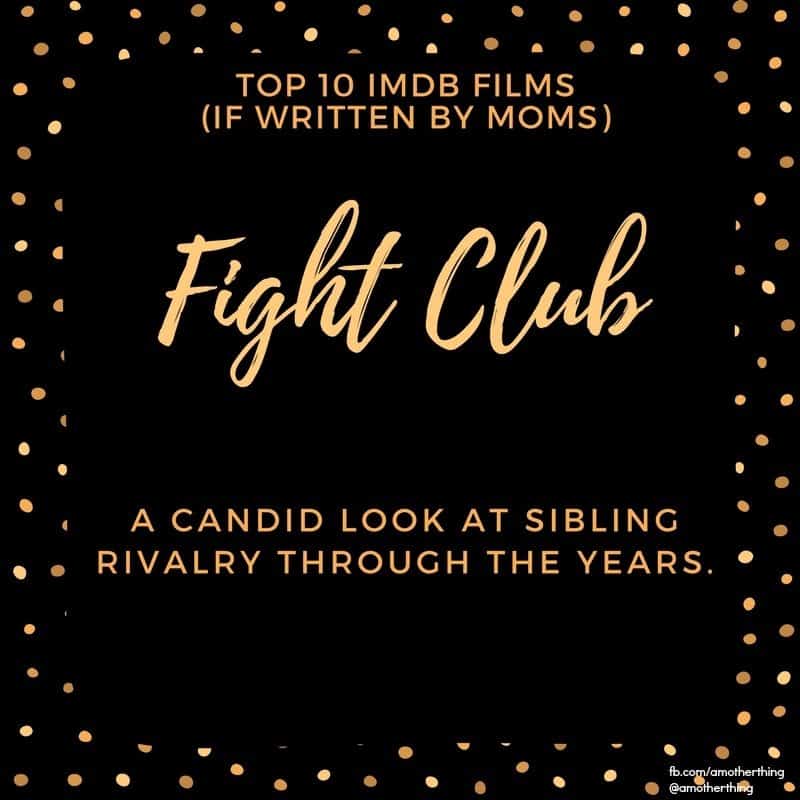 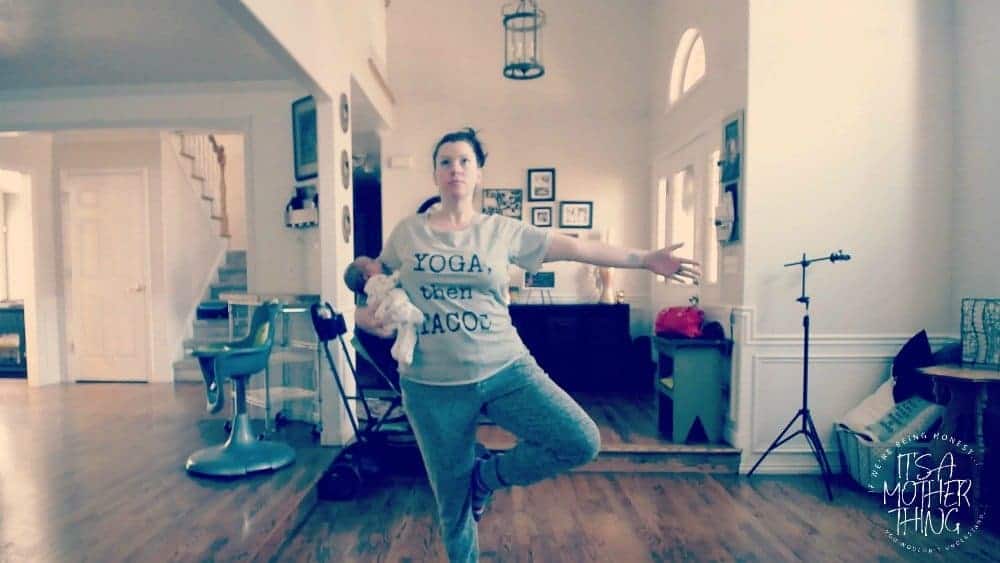 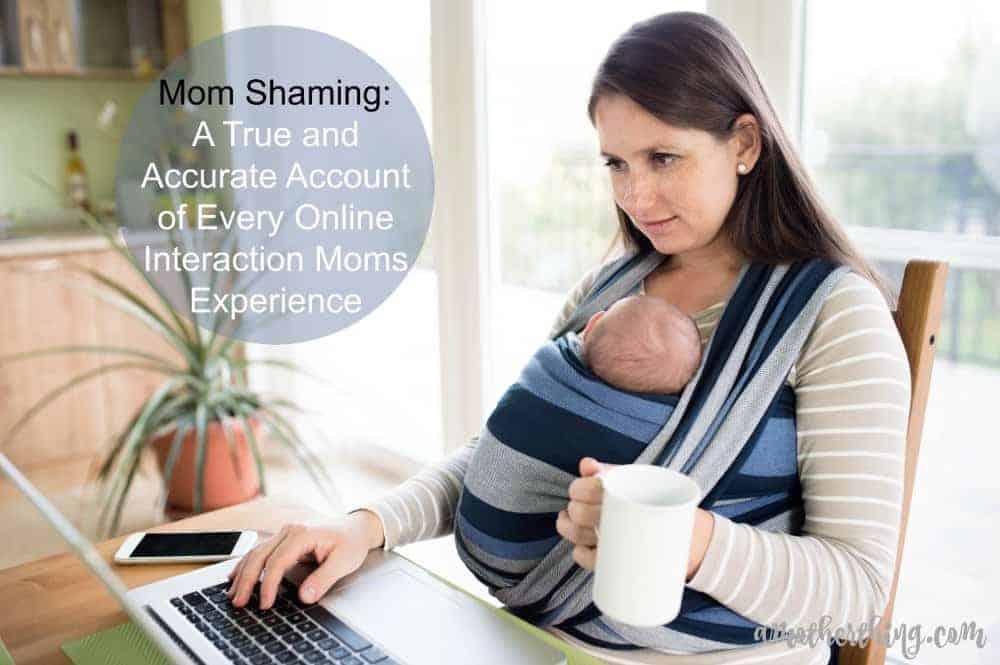 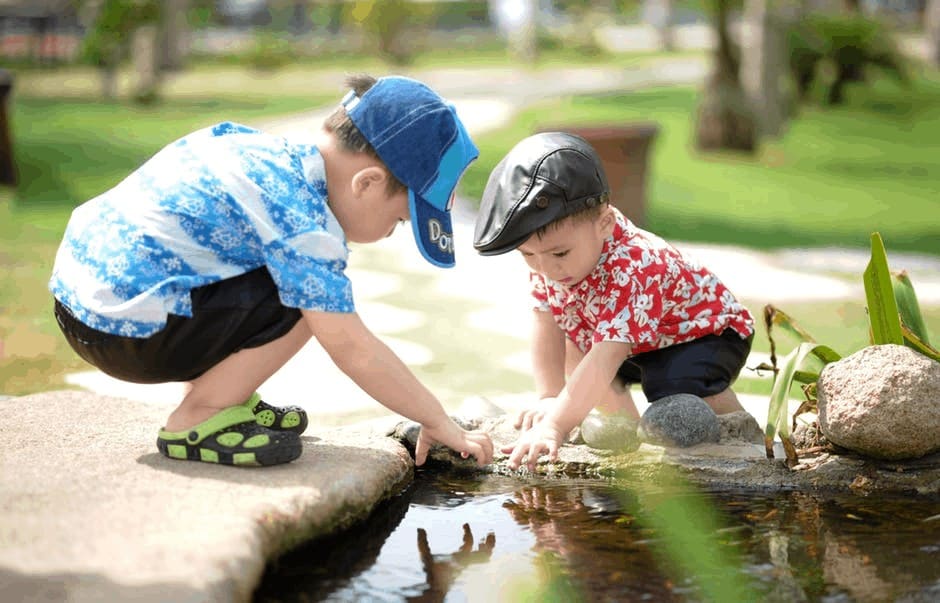