In the Blink of an Eye

I’ll never forget the day my kids landed in the Emergency Room because I took my eyes off of them for a few minutes. It was just over a year ago, and Chester was not even two months old. I was on the phone with my husband, arranging what he wanted for dinner, and my two older boys, Dexter and Daniel, went downstairs to play with their toys. At least, that’s what I thought they were doing.

What they actually did, and what landed them in the hospital, was they went into my bedside table and found a bottle of gummy vitamins. They also found a few other bottles of vitamins and pills. They took them into their bedroom, hid under their bed and proceeded to eat everything they could. They demolished the entire bottle of gummies. They tried the candy-coated aspirin – those lovely orange pills that look so fun for kids! And the magnesium supplements and biotin were tried and discarded as not being yummy enough.

When I called for them as I hung up the phone, I realized they weren’t answering. I made my way down the stairs and noticed pills all over the floor of the landing. My heart began to hammer wildly. My eyes darted back and forth, and I started to yell for them. They didn’t answer.

I ran into their room, and I found more pills scattered around, as well as empty bottles. I zeroed in on the aspirin, and I swear my heart stopped. I screamed. I fell to the floor and found the two of them smiling at me from under their bed, and I grabbed them up and ran up the stairs. I called my husband in a panic, demanding he come home immediately so we could take them to the hospital. 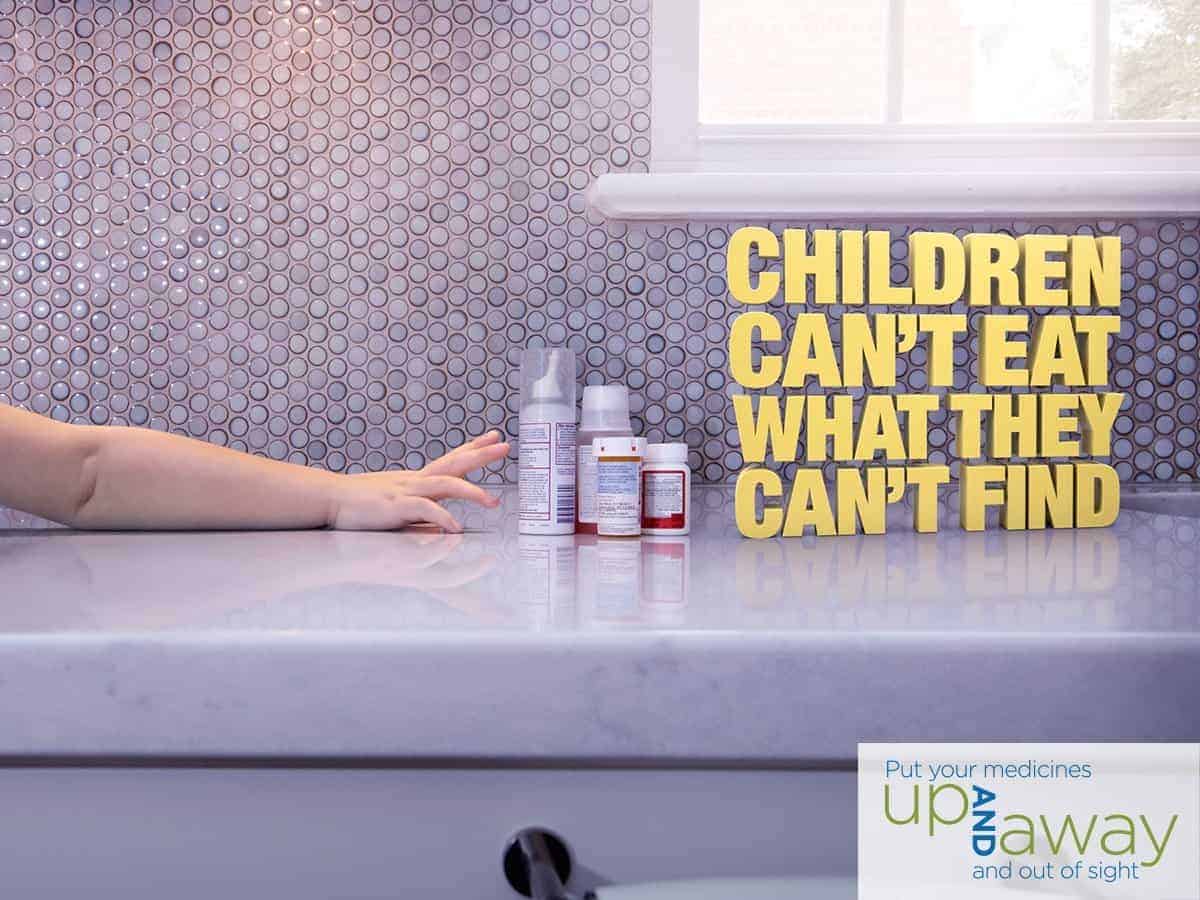 Dexter, who was only 3 at the time, started saying he felt funny and had a tummy ache. Daniel, who was not even 2 was less forthcoming in his complaints, instead smiling and asking, “What wrong, mommy?”

We raced them to the hospital, and we spent many hours in the ER. The boys had their first ever blood work done to check toxicity, and they had to drink big cups of activated charcoal, which they found thoroughly unpleasant. In the end, the doctors determined that they probably had not eaten much, if any, of the aspirin, and he said the gummy vitamins didn’t contain iron, so they were fine on that count.

We lucked out that day. Both kids were absolutely fine, and they had an exciting story to tell their friends about their hospital visit. But it could have been SO MUCH WORSE. 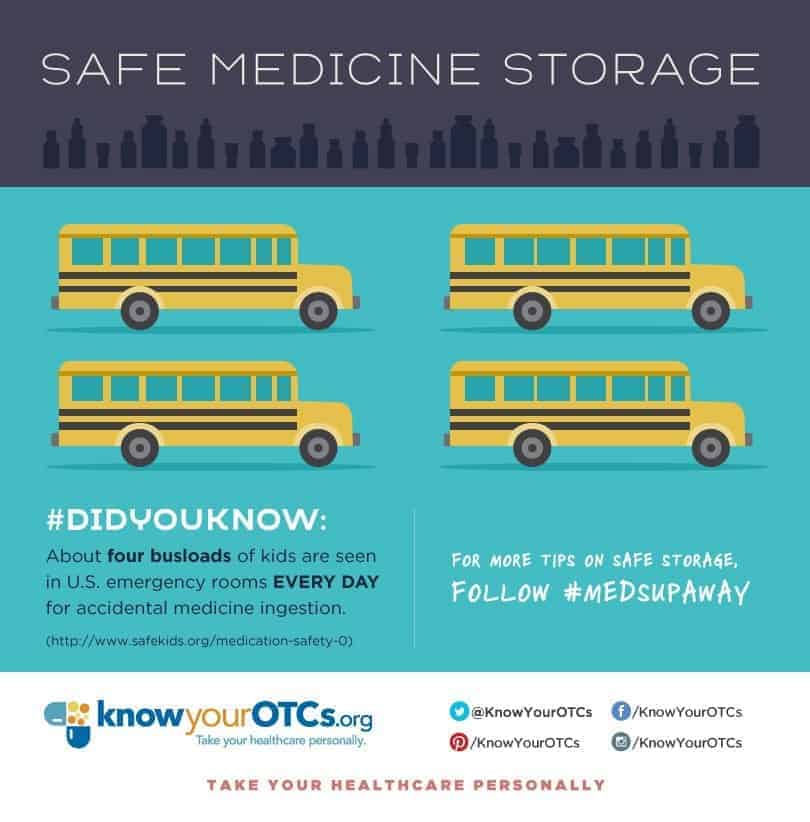 National Poison Prevention Week is March 20-26. I wanted to share our story because it is SO important for parents to remember that safe medicine storage is imperative. Before I knew my kids would be okay, all I could think about was that if the worst happened, it would have been my fault for leaving the medicines out where they could reach. I couldn’t have lived with myself if that was the case. I now am extra careful about medicine storage. I keep every medication in a kitchen cupboard, out of reach of little hands. I also talk to them about medicine, explaining that they should NEVER take anything unless mommy or daddy gives it to them.

Did you know that approximately 60,000 kids go to the ER every year due to accidental medicine ingestion (this equals 4 school bus loads of kids every day)? According to SafeKids, “half of the 2 million calls to poison control centers in 2011 were for exposures and ingestions among kids 5 and under.”

It is so important that parents teach their children what medicine is and that only you or a caregiver should give it to them. Never tell them that medicine, including vitamins, are candy, even if they don’t like to take it.

So here is my mission for you. In honor of National Poison Prevention Week, take some time in the next few days to double check that your medicines are stored safely up, away and out of sight of kids. This is important if you are home, but it is especially important when you are traveling with medicines in your suitcase or purse. It is vital when you’re staying with friends or family, especially Grandparents. Check out Up & Away for more information and tips.

Here’s a snap of my medicine cabinet. It’s in the highest cupboard in my kitchen, and it’s a little messy, but it’s out of reach of my kids, and that is what matters the most. 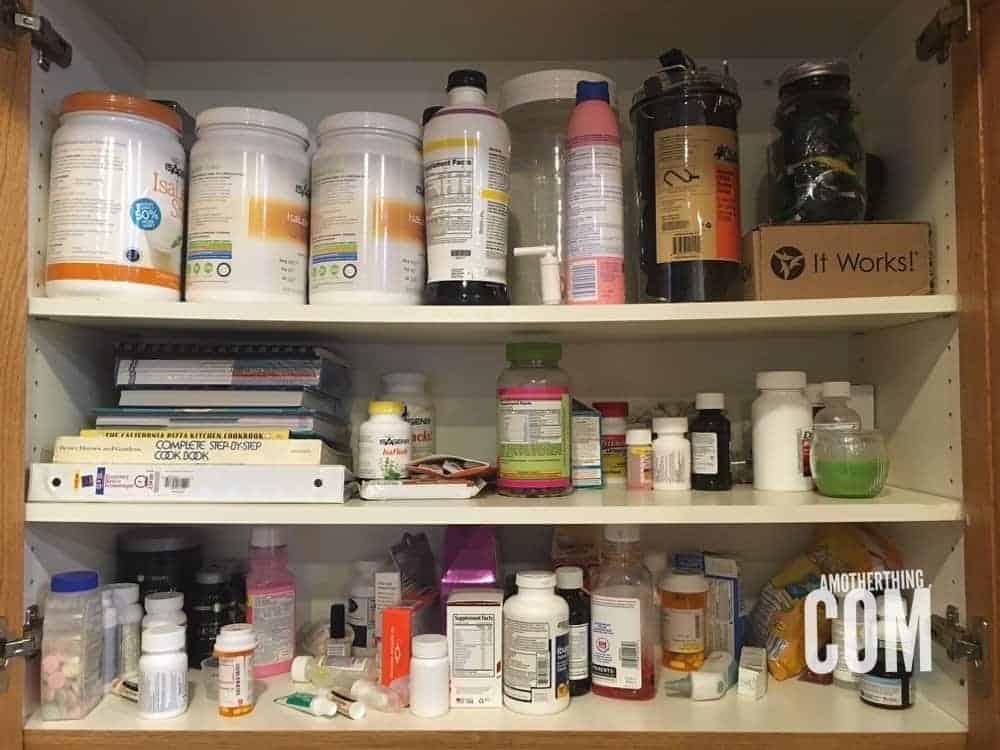 As a final piece of advice, please be sure to keep on hand the phone number for Poison Control Centers in your home and saved into your cell phones:  800-222-1222.

Right now, @KnowYourOTCs is having an instagram contest where you can win a $100 VISA gift card! To enter, first follow, then tag @KnowYourOTCs in a photo of your medicine cabinet or safe storage in your linen closets. Use the hashtag #MedsUpAway any time between March 20-March 25, and you will be automatically entered. The winner will be randomly chosen and announced on @KnowYourOTCs Instagram on Wednesday March 30.

I am so proud to be partnering with the CHPA Educational Foundation’s KnowYourOTCs blogging program, and I want to remind you that all opinions are my own.