Being completely honest with you, I don’t want to update this week. Stress levels are out of control, and I’m seriously doubting my abilities as a mother. Last night was particularly bad, as it was just another long night of not sleeping. But we had the added bonus of a toddler waking up screaming several times and trying to get us to feed him chocolate.

I found myself in the middle of the living room while Mark went to try and calm him down. I lay there crying in a puddle of my own snot and tears, begging whatever powers that be for help and guidance and strength to get me through.  I don’t know how to get through this. I know that hormones are killer, and for me with my history of depression, it is that much harder to deal with. But the lack of sleep is killing me and making me a horrid beast monster that I can’t expect ANYONE to get behind.

Poor Mark and poor Dexter are baring the brunt of my frustrations, and I feel like the worst person on the planet for my constant whining. Truthfully, I’m constantly in pain, uncomfortable, sad, stressed and tired. I have no energy to do ANYTHING, and I have no one to reach out to.

I feel so far removed from family and friends, and I wouldn’t want to put upon them even if they were near. As it is, I am feeling excessively guilty for even leaning on Mark as hard as I am. He has his own stresses, as he’s got a big deadline coming up for work, and he’s been having to work extra hours to try and get it done. He’s also the one who gets up in the night to put Dex back to bed, and even though I am awake, as well, I still can’t bare the idea of dealing with that particular stress.

And now I’m whining again. It’s all I ever seem to do.

Mark said yesterday that he can’t wait until this baby is out of me. He’s ready to be done with the pregnancy, and so am I. I love my unborn son more than my own life, and I want him to go full term and have the healthiest possible start. But right now, I would give a lot to be able to just have him here and be done with the rest of it. My body feels out of my own control, and I need a break.

I am heartbroken to be feeling so badly about what should be a beautiful time in my life. But I am seriously at my wit’s end and scared about how terribly I’m feeling. This poor baby deserves a happy, carefree mother, and so does Dex. But right now I am just a mess. 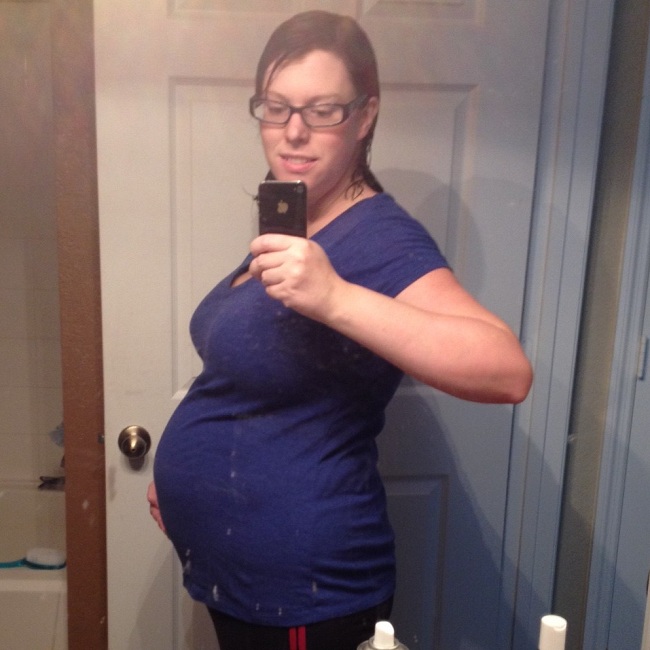