So here I am again, another week down and only eleven to go! That’s 77 days until I am due! Of course, little man can come at any point from about 36 weeks, and both Mark and I are KIND OF hoping he does come a bit early. This pregnancy lark is not all it’s cracked up to be, that’s for sure!

This week, I’ve been struggling with some really horrific back pain. In fact, yesterday morning, I wasn’t even able to get out of bed because I was totally frozen in agony. Mark had to watch Dex for a bit while I slowly relaxed my body enough to make it up and get dressed. I spent most of the day on the couch or in my recliner, trying to rest my muscles. It was really upsetting that I couldn’t bend down or lift Dexter at ALL, and Mark had to be the one to change his diaper and get him dressed and all the other things that go along with taking care of a toddler. Of course, Dex didn’t quite understand and my repeated statements of, “I’m so sorry, Wubba, but mama can’t pick you up today,” were generally met with a sad frown and whining.

Luckily, today I’m feeling much better. Still in a bit of pain, but it’s not debilitating like it was. Thank goodness for small favors!

In other weird pregnancy news, I’ve been having some of the strangest dreams lately. Normally, I wouldn’t write about them, as I’m pretty accepting of the fact that most people really couldn’t care less about other people’s dreams. But since pregnancy dreams are really just SO VERY odd, I figured I’d make an exception and quickly jot down the three that have stuck out in my mind this week.

Firstly, I dreamt that I kept giving birth to other people’s babies. All the gals I know that have recently given birth have obviously stuck in my mind, and I had a dream where I kept going in to labor, but when the baby made its appearance, it was very much not mine! I must have given birth six times in one dream, and I was STILL waiting for mine. Argh. Frustrating!

Then, I had an odd dream that I was not me. I was Amy Pond, the lovely flame-haired companion to everyone’s favorite Doctor. I gave birth to TWINS, but they were really poorly. In fact, they were dying. So I somehow used magic to turn them into candy canes! I wrapped them in a purple handkerchief and hung them on the front door of my house so that people wouldn’t bother them. I was determined to find a cure for their ailment, and only THEN would I turn them back into babies. The dream then fast-forwarded to ten years later, where it was revealed that my candy cane babies had been stolen shortly after I left and turned into puppies! There was a vague photo of them in their puppy state, but I never found out who stole them or even if they were still alive.  But then – shock of all shocks!- I got a hot tip on where they were now. And sure enough, I found two beautiful dogs who were both very well taken care of, as they’d been adopted by Ryan Reynolds. Yes, THE Ryan Reynolds. And he’d even known they were my babies. He had taken them so that he could get them the finest medical care available. But even though he’d cured them, he hadn’t been able to turn them back into children, and he was just waiting for the day their mother came to claim them.

It was an odd dream.

Last night was perhaps the weirdest dream of all, though. Mostly it was that I had just given birth and I was bleeding pretty heavily, and I was obsessed with changing my sanitary napkin so that I wouldn’t leak embarrassingly. Unfortunately, the end of the world was approaching, and it was up to me and the cast of The Big Bang Theory to stop it. I kept holding them back by needing to run to the toilet to check my knickers.

So it seems the 29th week of pregnancy (maybe coupled with the coming Mayan Apocalypse) is the week of crazy dreams.

What were some of your craziest pregnancy dreams? I’d love to hear them!

Pregnancy Update! What The Hell Is Going On?

Top 10 Best Reasons to Have a Baby

Poor you. Not sure I would want any of those dreams!!

Poor you. Not sure I would want any of those dreams!! 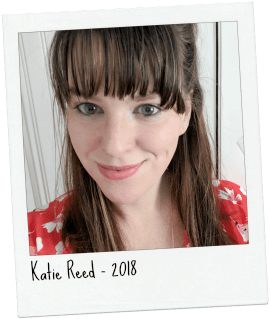