Pregnancy Update! What The Hell Is Going On?

I know I’ve been quiet on this blog for a while. The truth is that I’ve been spending an exceptionally large amount of time in my bed during this pregnancy. I’ve been struggling with my usual antenatal depression, which has been a little trickier to navigate this time around. There’s been a LOT of personal stress we’ve been dealing with and some heavy financial burdens placed on us this year, and it’s all been too much to cope with. As a result, I’ve kept myself to myself for the most part.

It all came to a head a week or so ago when I was so unbelievably stressed out and depressed that I resorted to something that I haven’t done in about three years. I self-harmed. I took a pair of scissors from my bathroom and slashed my arm up. Since it’s been so long since I’ve done something like that, I was a little overzealous and wound up soaking my beautiful white linen dress in my own blood. Ugh. I immediately regretted my hasty behavior, and I have since spoken to my doctor to ensure that I get the help I need to keep it in check. Right now, we are focusing on daily exercise to help me stay positive and mentally healthy. But since getting out of bed is a bit tricky lately, I am not totally sold on the idea. We’re going to give it a week, and if nothing changes, I’ll start a low dose of pregnancy-safe antidepressants to help me out. I also have the numbers of different support groups and a crisis hotline should I need it.

This pregnancy is going well so far. I’m just over 16 weeks at the moment, which means I’m nearly halfway! Of course, if you saw me out and about, you’d swear I was much farther along. My belly popped out somewhere around 9 weeks, and it has been growing rounder every week.

The good news is that I have had several scans and have heard the heartbeat half a dozen times, and everything is pretty reassuring. We also ended up having the NIPT blood test at 12 weeks, which is offered to pregnant women 35 and over. It tests for chromosomal disorders, which are slightly more prevalent at this age. Thankfully, I came back low risk for all of them. Even more exciting, though, is that the test also can tell the baby’s sex earlier and more definitively than waiting for the 20 week anatomy scan. And I’m happy to tell you that we are now expecting our FOURTH boy! I was fairly confident it would be a boy, so I’m glad I didn’t get my hopes up. I remember what I went through when we found out Chester would be a boy… it was a really dark few days, and I did NOT want to go through that again. But I’m very happy to be adding a fourth boy to our brood. A girl might have changed the dynamic a bit too much!

In our first few scans, baby was measuring about five days behind what my LMP said. The due date was not changed, but I was warned that it probably would be at some point since he was right at the cut off where they feel they need to do it. All of my babies have been small. Dan even suffered from IUGR and a failure to thrive. With that in my mind, I have been a bit worried that this baby may have the same issues. But amazingly, when we went to our twelve week scan last month, the baby was measuring a few days ahead! That was a first for us! But I’m really happy to report that he is growing well. My next scan is at the beginning of August, so it’ll be nice to see visual confirmation that we are indeed having another boy. And I always appreciate getting a nice in-depth scan done with lots of pictures to see his handsome face.

For me, personally, other than the depression, this pregnancy has been a lot easier than previous ones. I haven’t suffered any of the crippling morning sickness that I had with Dan and Chester. Other than the diverticulitis I went through at the beginning, I’ve been fit as a fiddle. My asthma has been playing up a bit. I had an attack this past weekend, which ended with me throwing up a puddle of blood on our white carpet, and I had a bad headache and eye pain for a day or two afterward. I’ve discussed it with my doctor, and if it happens again, I’ll be headed to the ER. But mostly I am feeling pretty good.

When I first realized I was pregnant, I had intended to do a really thorough pregnancy diary and maybe even some video updates to chronicle the whole process. But the depression has been a bit crazy, so it hasn’t happened. Still, I want to be sure to write more about this time in my life. I have great records of the other pregnancies, and they are so awesome to go back and read once in a while. So I want to be sure that this baby’s earliest days are memorialized, as well. 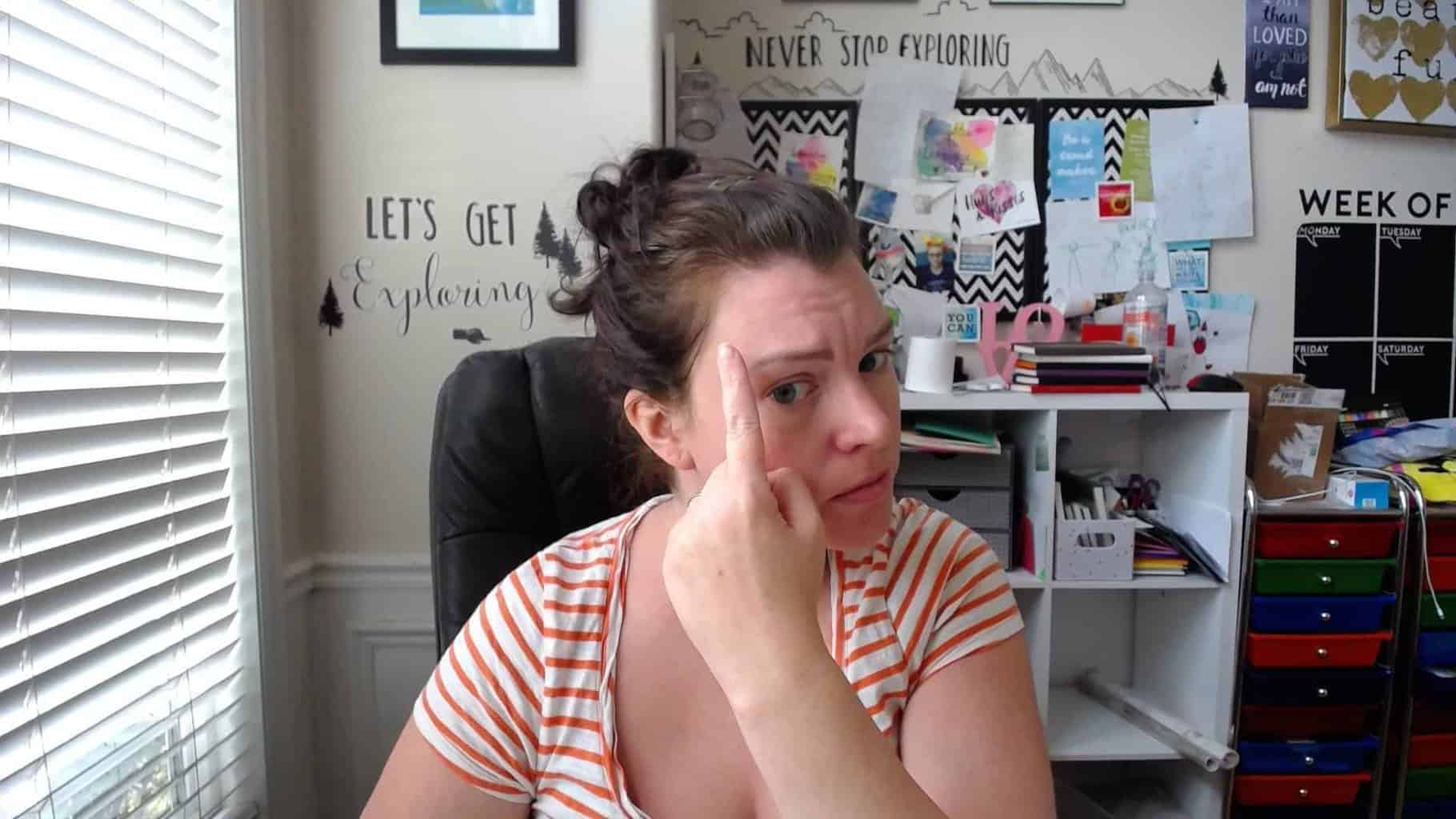 I guess the only other thing of interest is that my hair is going crazy. I noticed just the other day that my roots, always a dark brown in the past, have been growing in some strange orange color in places! Apparently, this can happen sometimes. Hormones do weird things. Many women go from straight hair to curly or fine hair to coarse hair. But me? I turn into Ronald McDonald apparently. This should be fun to see what happens going forward.

Anyway, that’s all for now. I’m planning on updating again once we have our anatomy scan in a few weeks, and then we will hopefully have an uneventful pregnancy all the way to the end. Exciting times ahead, folks! For sure, for sure.