Until recently, I didn’t know that I was a “millennial.” I graduated high school in the year 2000, so I guess that has something to do with it. But really those who grew up in my same general time period are known as millennials. Someone recently made a comment about the difference in TV shows from when we were growing up. I remember the mid-80s, sitting at home watching Nickelodeon while my parents went about their business and my older siblings were in school. I had a whole rota of shows that I used to watch.

I thought it might be a hoot to remember some of those shows and see if anyone else remembered them, too! I never seem to see my favorites on any lists, so this one is for all those born in the early 80s who might have watched along with me. 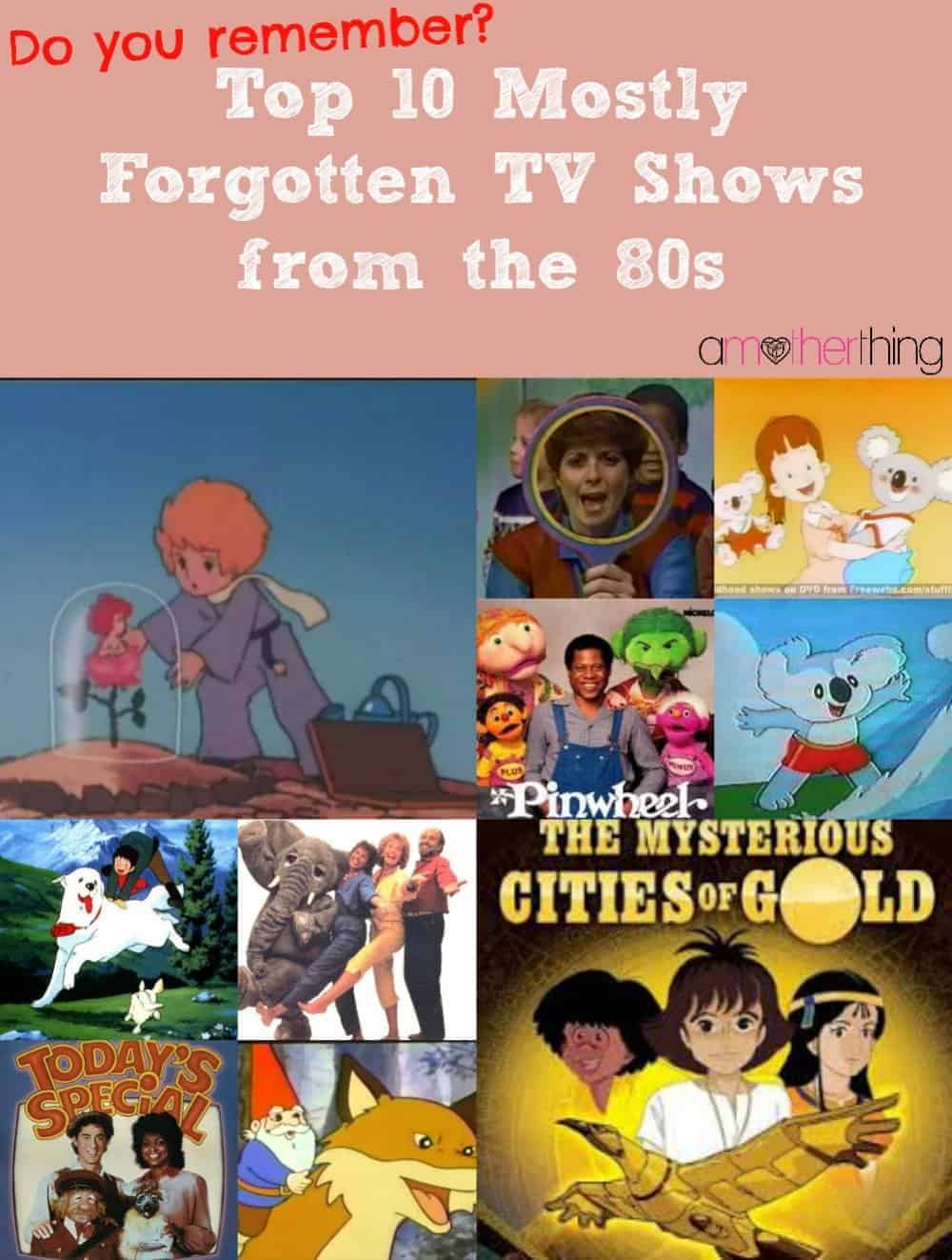 Set in a department store, the show featured a night guard called Sam, a store worker called Jodie, a magical mouse called Muffy and a mannequin that came to life at night called Jeff. It was a great show which taught me the phrase, “Hocus Pocus Allemegocus!” Each episode focused on a different word/subject matter, and it was interspersed with little cartoon segments. It was my favorite show when I was five.

Adventures of The Little Koala

Another awesome show featuring some adventurous anthropomorphized animals. RooBear, Laura, Nick and Mimi among other little creatures had the MOST fun. This was one of the later shows I watched after I started kindergarten. I can still sing every word of the theme song.

I used to get really confused between The Noozles and The Little Koala, as they both featured… koalas! But The Noozles was a better show, as it featured an actual human girl called Sandy. In fact, the back story of Noozles is pretty awesome. Basically Sandy’s grandfather was lost at sea nearly 40 years ago, and she receives a mysterious package from him containing a stuffed koala. She gives him a “noozle,” otherwise known as an eskimo kiss, and he comes alive! She calls him Blinky, and they are soon joined by his sister Pinky who wants him to return with her to Koalawalla Land. But since Sandy’s grandmother has fresh eucalyptus trees for him to feast on, he’s totally content to just hang out with this little girl and go on adventures. See? FUN!

Pinwheel Pinwheel, spinning around… Look through my pinwheel and see what I found… Yet another show which features various characters interspersed with little animations and stories. It was basically like a weirder version of Sesame Street, but without any muppets. Also, it was the first show to introduce me to the character of Paddington, one of my most beloved stories.

Everyone remembers Sharon, Lois and Bram, right?! Who can’t sing every word of Skinamarinkidinkidink? But I always loved the cartoon intro with elephants playing on a spider’s web. The joy of this show was in the music. It was a little kid’s variety show, and it was amazing. I still sing “We’re Going to the Zoo Zoo Zoo” with my own kids.

You had to love David the Gnome and his little magic entourage of 400 year old gnomes. His wife Lisa and two kids made his little family a priority. But often they would have to travel about the forest, and they relied on their fox friend, Swift, to take them from place to place. Their enemies were the ugly trolls, Pit, Pat and Pot, as well as Holler. The trolls had a bit of magic that David and his friends couldn’t break, but their one weakness was exposure to sunlight turning them into stone. A great fantasy series based on a book, this was a favorite among everyone I knew, and it is probably one of the shows that kids of all ages remember.

To be honest, the opening theme explains the premise of the show pretty well: It is the 16th century. From all over Europe, great ships sail west to conquer the New World, the Americas. The men, eager to seek their fortune, to find new adventures in new lands. They long to cross uncharted seas and discover unknown countries, to find secret gold on a mountain trail high in the Andes. They dream of following the path of the setting sun that leads to El Dorado and the Mysterious Cities of Gold.

A weird premise for a children’s show, but since most of the characters are children, it works. The main character, Esteban is searching for his father, yet his life is complicated. He has a weird gift to be able to make the sun appear… Seriously, there is SO much to this show – including a giant flying spaceship thing in the shape of a Condor. If you’re a fan of South American history, you would love this. I had a big ol’ crush on Esteban.

I watched this show every single day before daycare at like 4:30 in the morning. It was definitely my favorite. Set in the French Alps, it is the story of a young boy called Sebastian and his beautiful Pyrenean mountain dog called Belle. The boy has no friends and no mother, and the dog has been accused of something or other, so Sebastian sets out with the dog and… erm… his other dog, Poochie, to travel through the Alps looking for his mom.

Okay, there have been MANY versions of this famous story, as it is already a classic children’s book and is about to be remade for a new audience. But this one was the one I watched as a kid, and I LOVED it. The opening credits remind us that it is based on the character that was conceived by Antoine Saint-Exupery, but it is not based on the book, itself. The Little Prince lives on Planet B-612 and has a half-woman/half-rose as a companion, as well as three volcanoes. He catches comets in a net to travel around space.

This is one of the weirdest shows ever in that it was a national show that also allowed tv networks to franchise – meaning local areas could take the script and produce their OWN version of the show with local children. Amazing! I always wanted to be on Romper Room, which was touted as an ACTUAL Kindergarten and target to kids 5 and under. I remember they once had a contest where you were asked to cut pictures from a magazine and paste them onto paper to create a human from different body parts. I tried explaining it to my mom, and somehow she didn’t get what I was supposed to do and just cut out a bunch of heads… I was frustrated, and eventually she blew up and told me I wasn’t allowed to enter the contest, thereby stifling my creativity for the rest of my life…. Thank you mom. 😉

Oh my I remember almost all of these! I started singing the city of gold theme song in my head as I scrolled down! How about The Great Space Coaster? Do you remember that one? I graduated in 97 so I don't know if I'm technically millennial or not?