What Doesn’t Kill You…

Last week was a doozy. Actually, the last two weeks have been heavy with the crazy, though last week was the worst of it. It began with a cross-country trip to Florida, where I was attending the Mom 2.0 Summit for the third time. Hundreds of blogging moms (and dads!) meeting together to learn, grow and acknowledge each other’s progress. Its a great time, and I was really looking forward to it. Of course, things don’t always go the way you think they will, and for me, it was stressful right from the get go.

I’m sure I’ll write more about it later, as there’s a TON I want to share about the conference itself. But for now, I will just say that I spent most of my time in no small amount of discomfort. I blamed everything on early pregnancy, as nausea and tummy upset were pretty bad during my trip. I was feeling more than a little exhausted, but the first trimester can do that, and I put it all down to general malaise. A few well timed naps during my days, and I had enough energy to continue.

When the conference was over, I had plans to stay with my best friend, Amy, at her place in Windermere. She was so gracious as to let me hang out with her and her daughter, and though it’s been three years since I’ve seen them, it was like no time had passed. But I couldn’t deny that I wasn’t feeling well.

After a miscommunication about my flight time (I thought I was leaving early Monday, but it turned out to be Sunday evening), I had to catch a later flight home, which saw me getting in to my house around 1:30 in the morning. I figured that all issues would be resolved once I caught up on some sleep.

On Monday, I spent most of the day napping and enjoying time with my kids. I went to bed super early that night (like 7:30) and thought a good night sleep would solve everything. But sometime during the night, I woke up with a stabbing pain in my belly. I had been suffering the ill effects of diarrhea for the past week, so I wasn’t too concerned, as I figured it was just more of the same. It was this horrible achey, cramping feeling way down low, just above my pubic area. It was so bad that I couldn’t get back to sleep.

As the morning dawned, the pain was worse, and it was like labor pains, which immediately had me panicking. I got on the computer and googled, and everything I saw led me back to a miscarriage. I was trying to hold it together, as I have been through it before, but this time it felt different. I wasn’t sure what to expect, but I knew that I needed a doctor. Thankfully, my monthly OB appointment was scheduled for 11 AM that same day, so I pushed through the pain until I could go and speak with the pro.

By the time my appointment rolled around, I was in mild agony. I felt completely helpless, and though I wasn’t bleeding at all, I was trying to prepare myself for bad news. The doctor immediately noted the pain I was in, as I could barely stand up nor walk, and she decided to do an ultrasound then and there. 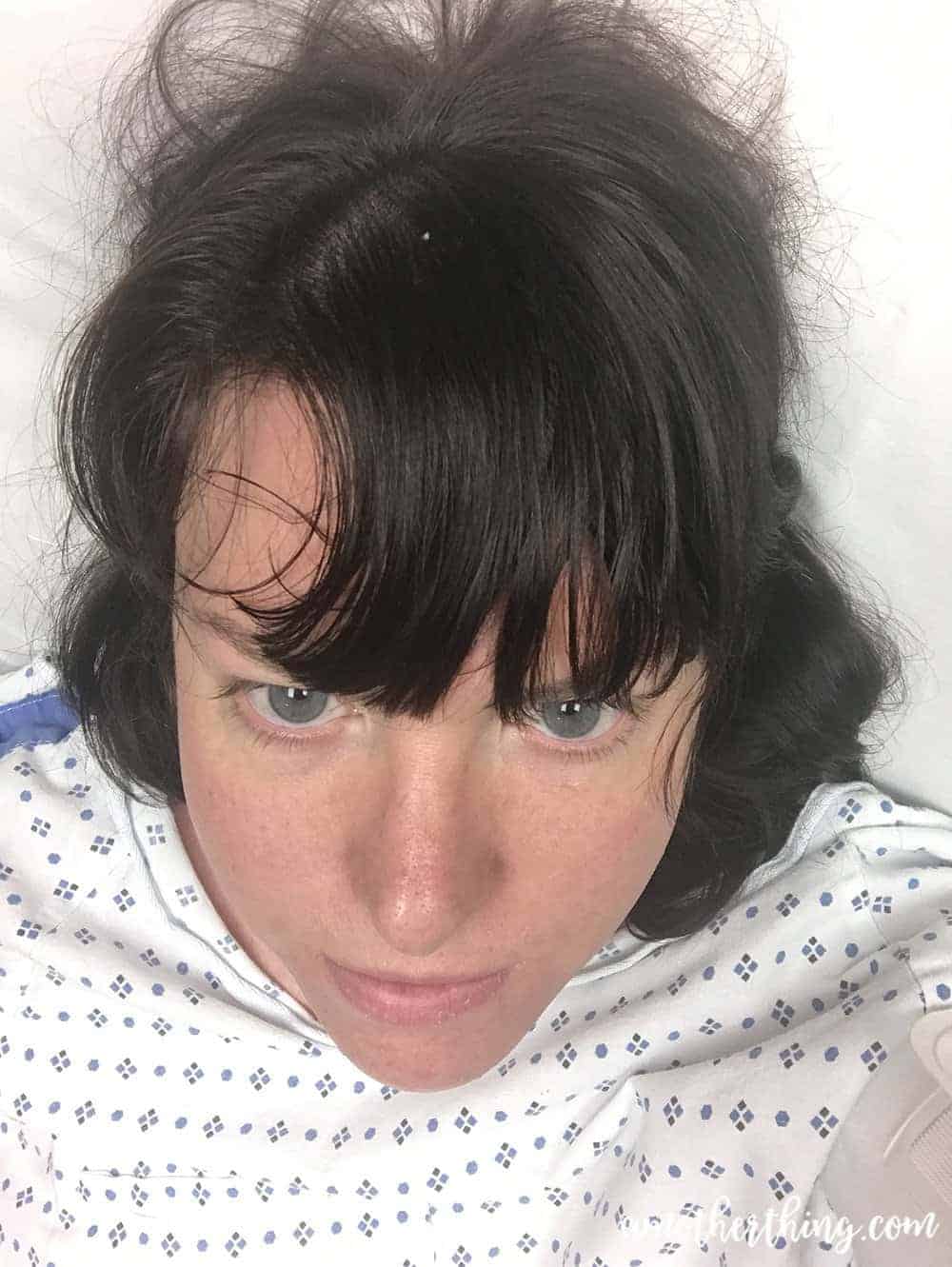 Amazingly (to both of us!), the baby was fine. His little heart was beating away, and all looked well. But the pain was excruciating. My doctor’s only advice was that I needed to get to the ER. I sighed. I didn’t want to go to the ER. She said that since it wasn’t the baby, there was obviously something wrong and I needed to be checked out. But in my mind, if there wasn’t anything wrong with the baby, I could just push through. I told her I would go once my husband was off work, but she insisted I go right away. I told her I would.

Instead, I went home and got on with things. I told my husband her advice, and he was willing to take me in to the hospital, but I was adamant that it wasn’t necessary.

Hours later, I was writing in pain in bed. I couldn’t move, I couldn’t get out of bed, I couldn’t even roll over without feeling like I was going to split in two. Even more fun, the pain, which had originally been deep in my womb, was now stabbing up and down the left side of my abdomen, and it hurt even to touch the area. 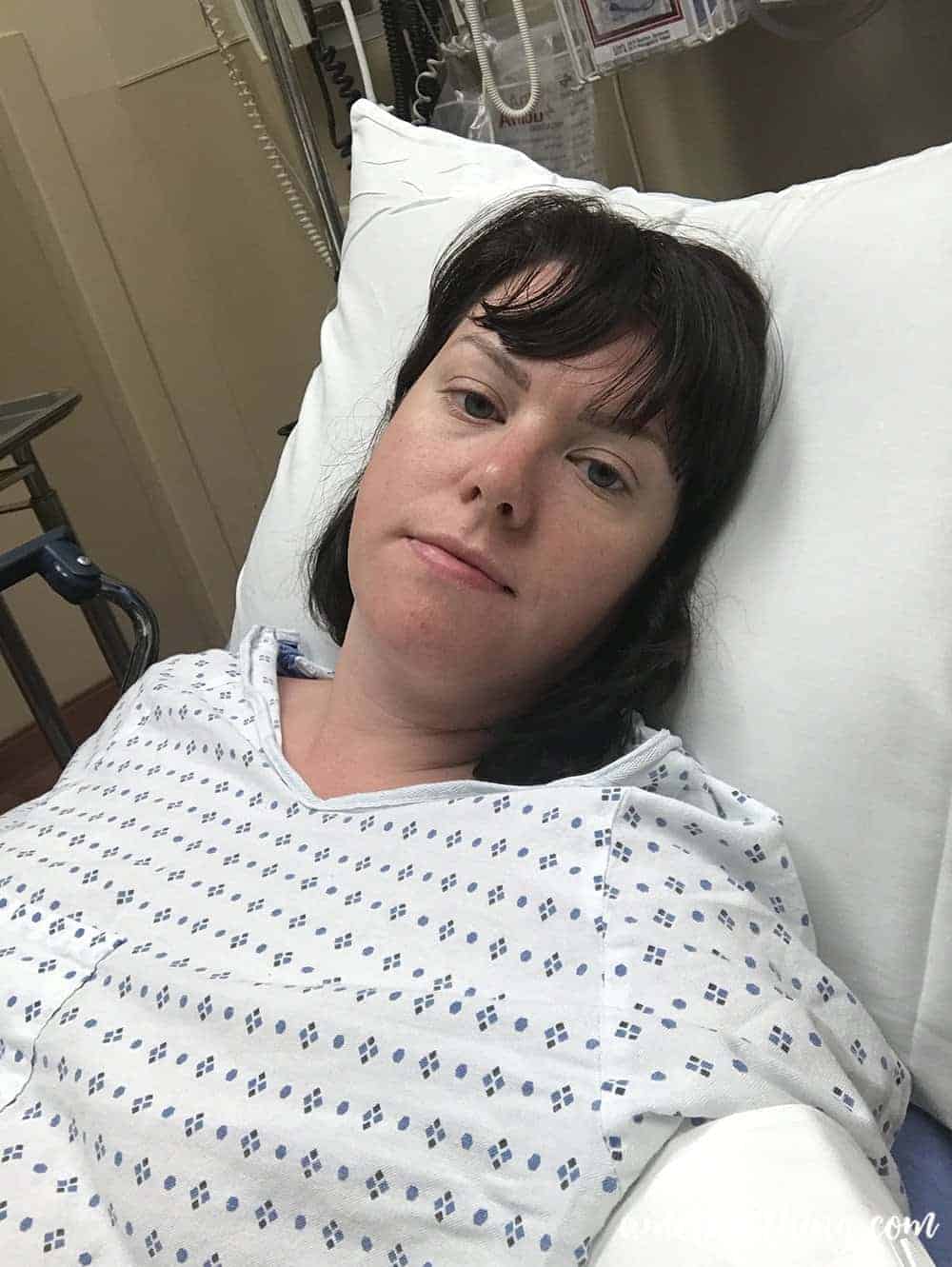 I knew then that this was not normal, and I definitely needed to go to the ER. I called Mark, and he came home with Chester, picked up the older two boys and me, and we headed to St Mark’s Hospital.

As soon as I got in, the receptionist told me that from the way I was walking/standing, she guessed a kidney stone. When the ER doctor came in, he asked a couple of questions, I described my pain, and he asked how it compared to childbirth. I told him it was worse! He laughed and said, “You’ve definitely got a kidney stone.”

After some in depth ultrasounds of both kidneys, my uterus and other parts, they verified that no stones were found. My urine was fine, my blood was fine, everything was fine. But after four shots of morphine, I was still in an amazing amount of pain. 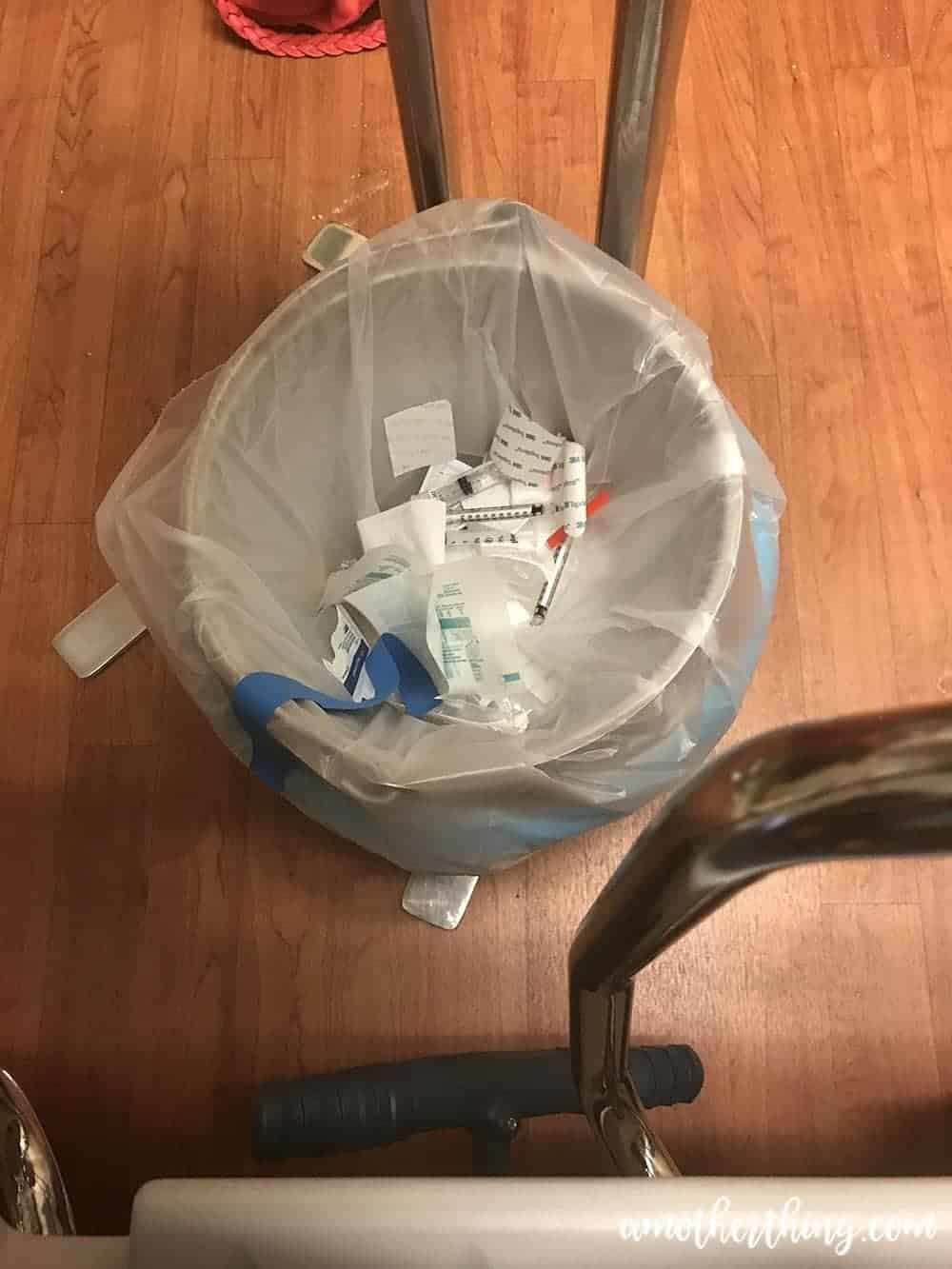 I’ve got to admit that I’m the type of person who ends up going to the hospital, feeling better and then going home. I figured that the same was going to be the case here, but instead the pain had gotten worse. The ER doc had no answers, so he admitted me.

My family had gone home after only a few minutes at my side because the kids were not behaving themselves, but Mark had kept them awake into the night so that it would be easier to come and get me. But at that point, I had to tell him to put them to bed.

Throughout the night in the hospital, I continued to experience extreme pain. I also had the added bonus of a morphine hangover, which meant I felt like my head was going to split into two. I refused more pain meds because I couldn’t handle that side effect. 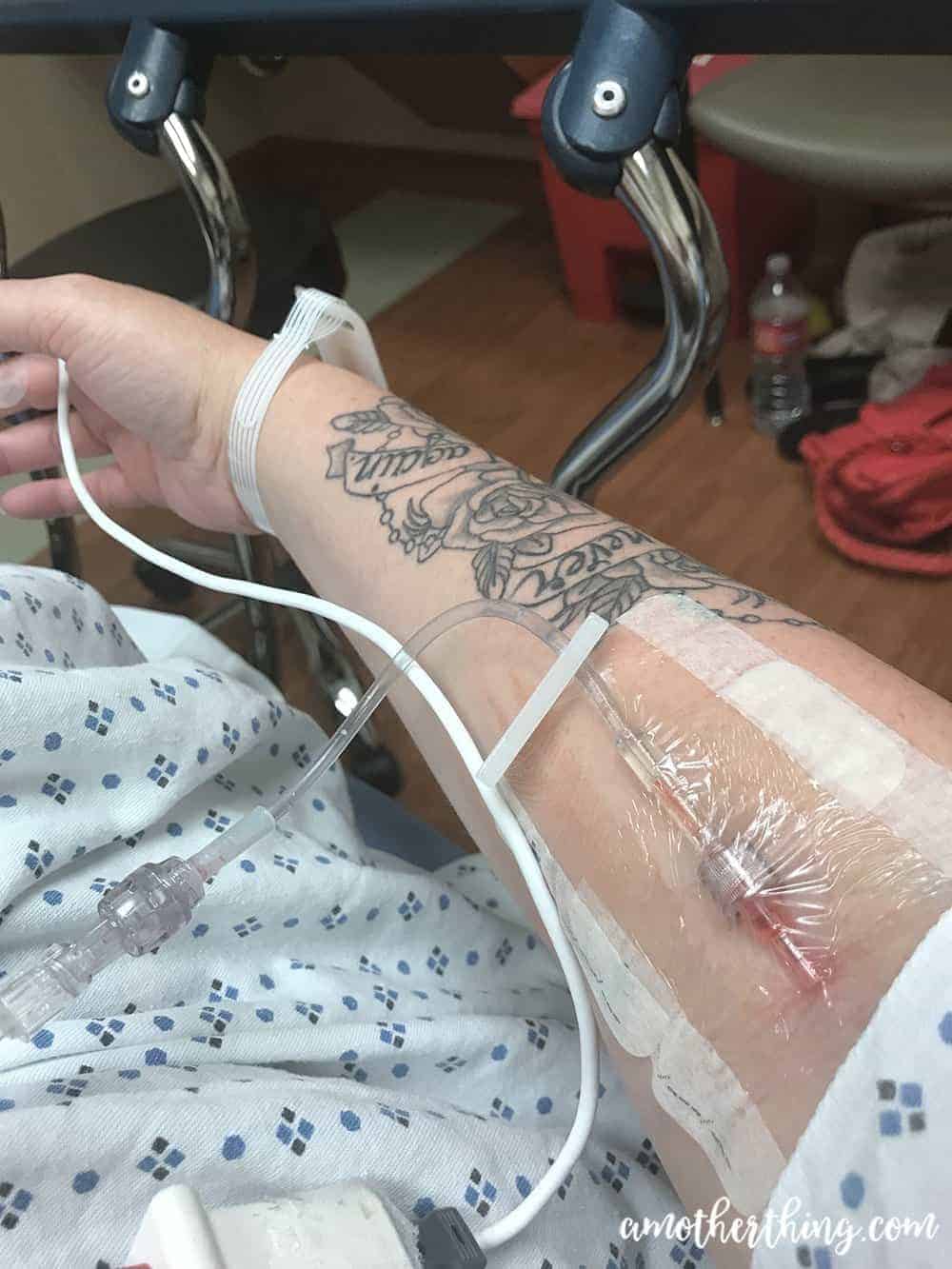 I won’t say a lot about my treatment at St Mark’s, but I will say this – I have no desire ever to go back to that hospital. I was REALLY disappointed with the lack of care given to me, and I feel like the staff there were really badly trained.

Anyway, the next morning I waited for hours for anyone to come speak to me. I hadn’t seen a doctor in about 14 hours, I’d had no pain meds because the nurses kept telling me they were going to ask the doctor for an alternative to morphine, and I had been NPO (meaning no food or drink allowed) since arriving in the ER. I was so dehydrated. I’d had the same IV bag going for the entire 20 hours I was there, and when I left it still had a quarter of the bag left.

Finally, after telling them I wanted to leave and would be willing to sign out against medical advice, the doctor came in. He diagnosed me with diverticulitis, an infection of the intestines, though he warned me that he couldn’t be sure of that since only a CT Scan can actually verify it, and I couldn’t have one since I’m pregnant. He also said that the antibiotics for diverticulitis aren’t safe in pregnancy, so he was ordering some that were, even though they weren’t as effective. 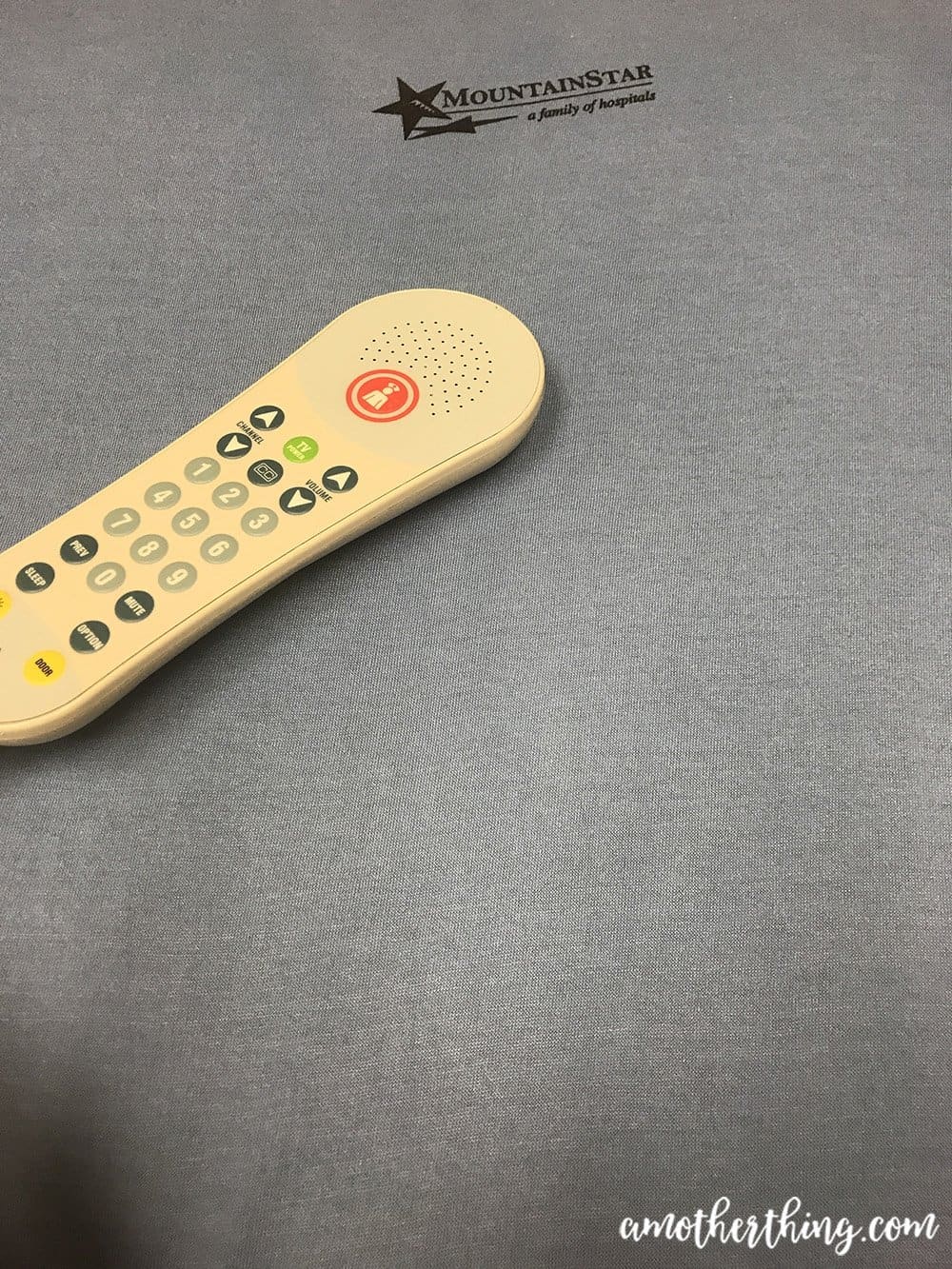 He also let me know that I have something called Fatty Liver Disease, which showed up on my ultrasound and blood work. I have to see my doctor to learn more, but from my preliminary research, it ain’t good. He asked if I ever drink alcohol. I told him that I do occasionally – a few times a year at most. He just looked at me and said, “Not anymore. Not ever again.” So… that’s fun.

Eventually, I was finally released to go home, which was good as I couldn’t stand the hospital any longer. I was put on a clear liquid diet for a few days, which I stuck to and ended up losing 7+ lbs. A couple of days ago, I finally started adding solids back in, and now I’m fairly normal. I’m still in a small amount of pain, and my nausea is out of control. 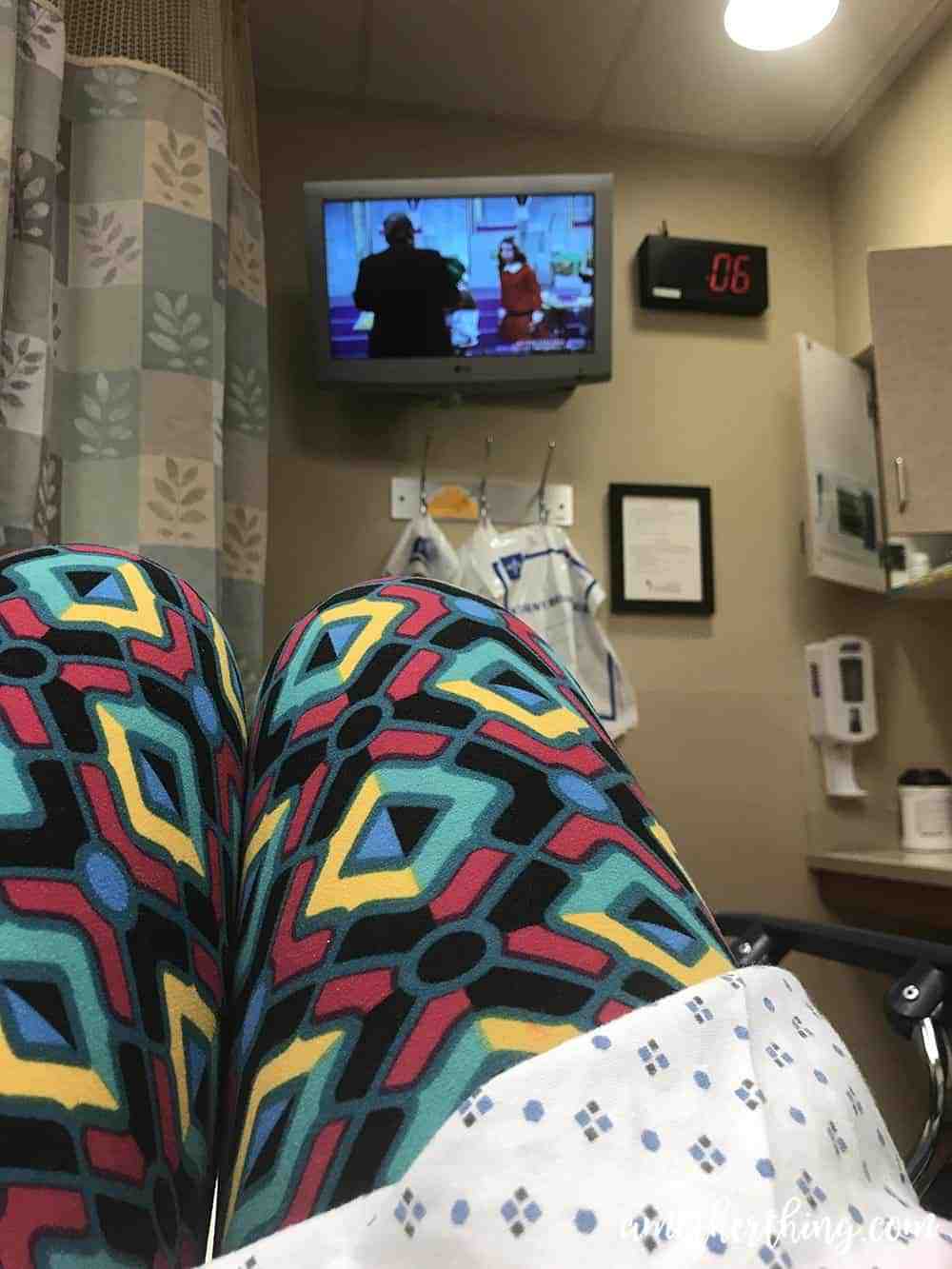 I need to get to my OB’s office this week to discuss all of this and see what the hell I need to do because right now, I am out of my mind worrying about the repercussions of all of this.

I have a pretty crazy pregnancy history with many things having gone wrong over the years. But never have I had issues so early in a pregnancy. I’m nine weeks pregnant today, and I am worried out of my mind.

Hopefully things will be okay, and I can laugh about this this time next year. 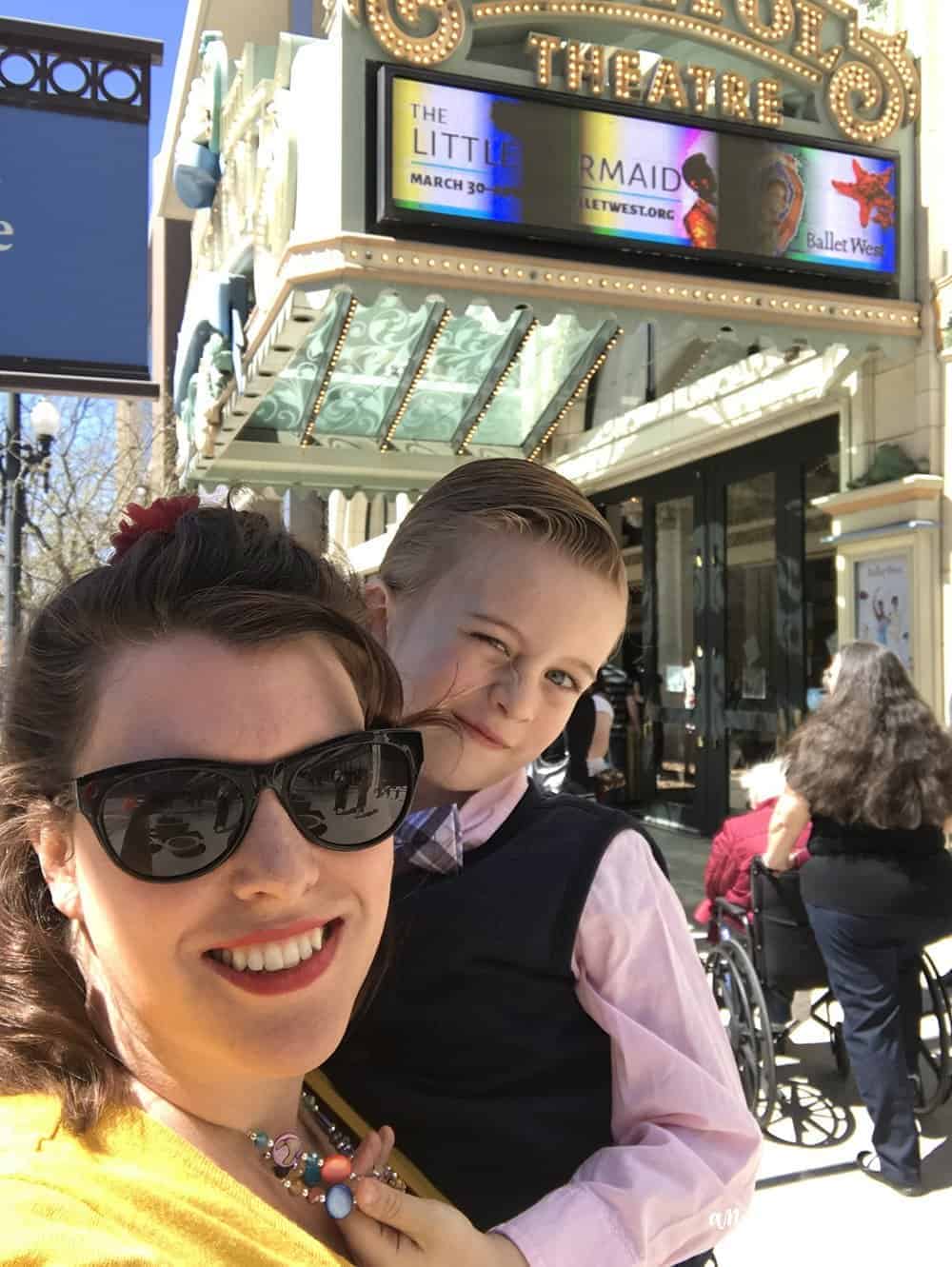 Previous
A Date for the Ballet 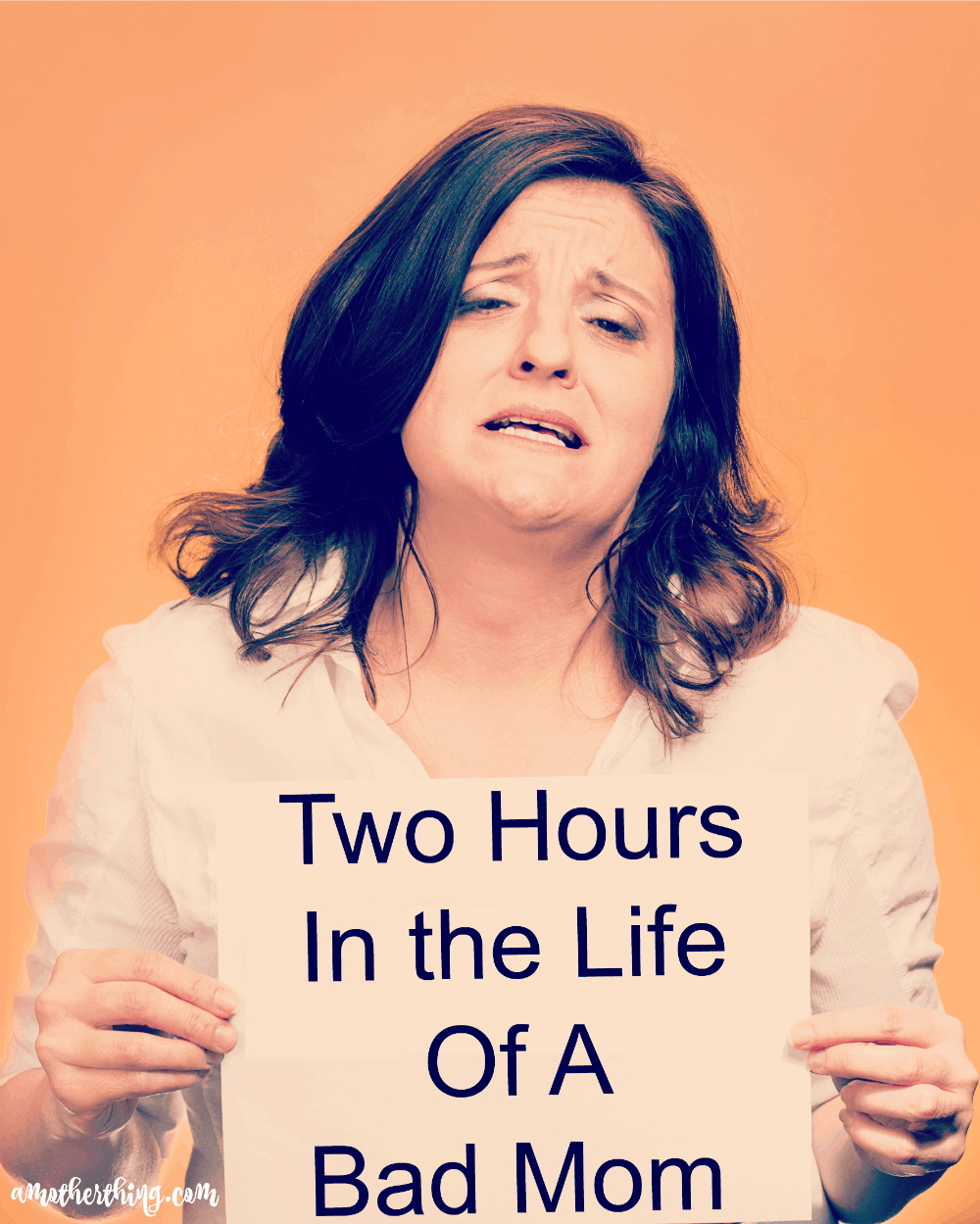 Next
Two Hours in the Life of a Bad Mom
Click here to cancel reply.