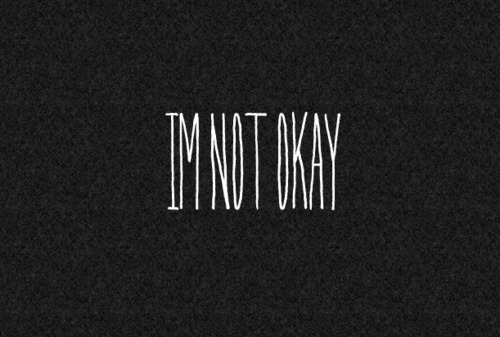 Today is World Suicide Prevention Day, an annual day dedicated to a commitment to help prevent suicide. On average, nearly 3000 people commit suicide DAILY, and for every person who is successful, there are about 20 people who are not.

Three years ago, I was one of those who failed in my attempt.

Depression, though suffered by millions these days, is still not openly discussed in our society. The negative stigma surrounding it is keeping people from getting the help they need. Unfortunately even our closest friends and family are sometimes unsympathetic to our plights, with many people adopting the attitude of, “Just get over it.”

Depression (which comes in MANY forms) is not something which can be cured easily. For some, a few months of pills can help them get through a tough time, allowing them the sense of calm they need to overcome their demons. For others, therapy is an extremely helpful thing. But for many, including myself, the severity of the condition precludes them from speaking to anyone about their issues, and they are thrown into a downward spiral from which it is much harder to recover.

In this day and age, it is so important to regard depression as a very real and very deadly disease that can claim ANYONE at ANY time.

If you notice a friend, family member, colleague, or even a random stranger exhibiting signs of depression, you MAY be able to HELP! Don’t just ignore it and walk away. Many potential suicide victims could reconsider their course if only someone would reach out and help them to remember that they are not alone.

What are the Warning Signs for Suicide?

What Can You Do to Help?

“People who receive support from caring friends and family, and who have access to mental health services are less likely to act on their suicidal impulses than are those who are isolated from sources of care and support. If someone you know is exhibiting warning signs for suicide, don’t be afraid to ask if he or she is depressed or thinking about suicide. In some cases, the person just needs to know that someone cares and is looking for the chance to talk about his or her feelings. You can then encourage the person to seek professional help.”

Further, if someone you know is threatening suicide:

The most important thing to remember is to be kind, be sensitive and open your heart. Depression is not a logical emotion, and it often cannot be reasoned with. Instead of TELLING a person what they SHOULD be feeling, LISTEN to them and let them unburden themselves if they’re able.

You never know what it is that tips a person over the edge. It could be something seemingly trivial… it is not up to you to judge them. Just open your heart and do what you can. You just may save a life.

MobileGnomes.com – A family travel blog focusing on USA travel in an RV.
508shares